Somehow the film adaptation of Tom Clancy’s The Hunt For Red October is thirty years old and has garnered an anniversary Blu-ray 4K release from Paramount Pictures. That number just seems off, because thirty years seems like a fairly long time ago, and that doesn’t seem right.

The original novel came out in 1984, and I think I came across it in 85/86 as my friend Michael was reading it. He knew I read a lot, and he raved about it to me, and so began a yearly event when I would read the latest Tom Clancy, usually receiving the most recent hard cover for Xmas.

I’ve lost track of Michael over the years, but I’m always thankful to him for his friendship and for introducing me to the techno-thriller, which suddenly become a genre and was everywhere in the 80s and 90s.

Producer Mace Neufeld grabbed the rights to the novel, and any subsequent ones that came along, and Paramount has churned out a series of sequels/reboots over the years, as well as a television series.

But, cinematically, it all started here, with Sean Connery playing the Russian sub captain, Marko Ramius who commandeers the Red Fleet’s latest accomplishment, a sub with an engine that will let it run virtually silent.

This could pose a threat to the western world, and its intelligences, so CIA analyst Jack Ryan (Alec Baldwin) is thrown into the deep end, because no one believes a Russian captain and his entire sub crew would defect. 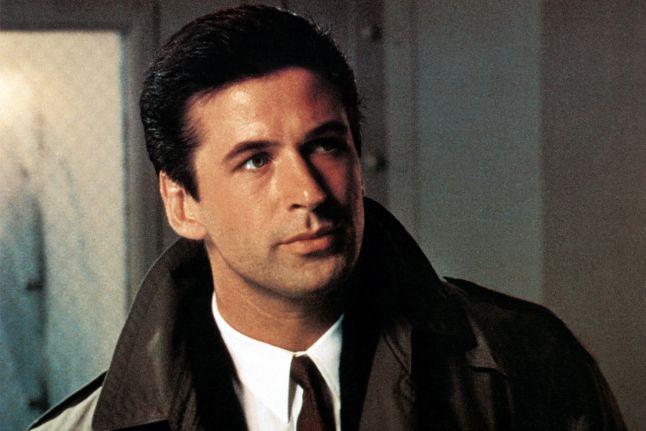 Ramius is now hunted by both sides and Ryan has to prove he’s right, and that may mean going out into the field.

Masterfully directed by John McTiernan, featuring a powerful score by Basil Poledorius the film stars Connery, Baldwin, Sam Neill, Scot Glenn, James Earl Jones, and Stellan Skarsgard. It’s a taut thriller featuring practical effects and model work which lend a nice reality to the film, which would be missing from today’s cinema as they would do almost all of the submarine shots with computer generated images.

Running just over two hours, the film is one of those ones that I simply adore. I remember reading the book, and I remember the first time I saw the film and where I was. It remains an exceptional piece of work, and shows how you can trim down and streamline a Clancy novel, which are known for their layers of details, into an engaging and accessible thriller for theatre goers.

This one gets a lot of play, and I love the Blu-ray/4K steel book this version comes in. It’s firing me up to read some Clancy again, and perhaps revisit his onscreen adventures, all of which are currently available from Paramount.

There are no new extras for this edition, but the original thirty minute doc is here, along with a commentary by McTiernan and the film’s theatrical trailer.

Hard to believe this one is thirty years old. It’s still a fantastic film, and a helluva watch.

“We sail into history…”