The fifth and final season of Moonlighting got underway on 6 December, 1988 with A Womb With A View, written by series creator Glenn Gordon Caron and Charles H. Eglee.

Bruce Willis pulls double duty in this episode, not only playing David Addison, but also Baby Hayes, as the story gives us a story from inside the womb, as little Baby Hayes gets a look as what his future life will be like.

Meanwhile, Maddie (Cybill Shpeherd) is enjoying her baby shower, until she has to be rushed to the hospital.

Baby Hayes has a visitation from Jerome (Joseph Maher) who was sent by the Creator, now is that god, God, or the series creator Caron who wrote the episode? Consequently as Jerome shows Baby Hayes the world, and his parents, we get a bit of a clip show combined with new footage.

The episode has a fun open with Agnes (Allyce Beasley) welcoming the audience back for a new season, and Bert (Curtis Armstrong) getting a little meta with a comment how the audience wasn’t keen on him, which leads into a whole big musical number commemorating the fact they are back for one more season.

And working around the clips, it’s actually nice to see the entire cast on screen together moving their characters forwards as opposed to keeping them all apart last season. That being said, the episode ends in a kind of a dark place, though Jerome and Baby Hayes make it a little more palatable with a musical number.

Let’s see how they carry this through the rest of the season, and how the pair work out. 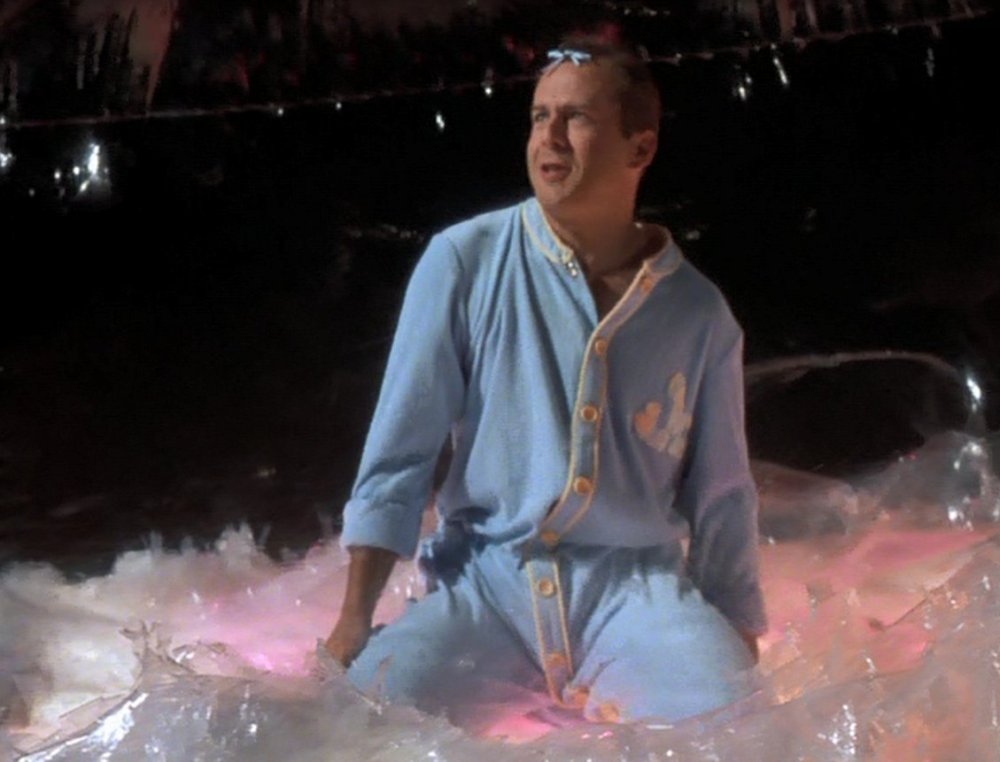 Between a Yuk and a Hard Place was written by Kerry Ehrin, and aired on 13 December, 1988.

Maddie and David are avoiding one another after the loss of the baby, though Agnes does her best to try to fix that.

It’s interesting to see how the script asks Maddie to deal with the loss. Actually, both of them try to lose themselves in their work and try not to interact with one another until… a case walks through the door of the Blue Moon Detective Agency in the form of Joan Spring (Cristina Raines) who wants the detectives to dig into her husband’s (Rod McCary) past, but then she turns up dead.

It’s a stronger episode than the premiere, and it’s important how the events of the previous episode that impacts them, their feelings, and their would be relationship. It’s a solid story, and it’s so good to see the pair on screen together, as they confront what has happened and what it means for each of them.

Of course, by episode’s end a murderer has been revealed, and we get a fun, and as always, a bit of a meta chase sequence involving a hot air balloon, and the possibility of David and Maddie being okay.

Casework continues (?) next week as I dig into another pair of Moonlighting episodes. 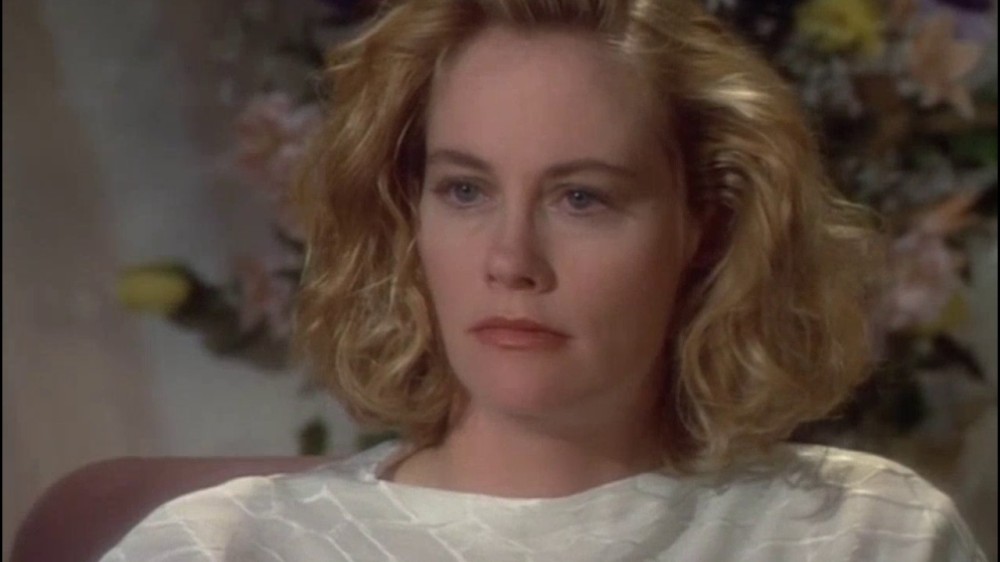