Micheal Taylor pens this episode that first screened on 18 October, 2000.

Tom Paris (Robert Duncan McNeill), after getting the okay from Janeway (Kate Mulgrew) enters the new Delta Flyer in a lightspeed race, a friendly competition held by four species who were originally at war.

The event is being held to celebrate the lasting peace.

With Harry Kim (Garrett Wang) helping him out, Tom Paris gets a little obsessed. So much so that he forgets he and B’Elanna Torres (Roxann Dawson) had planned a romantic weekend together, and that causes her to reconsider the relationship.

But she decides to try to make it work, by replacing Harry in the race.

There are other problems as well, as it seems someone wants to disrupt the race, and fragile peace.

The climax centres around Tom and Torres sorting themselves out instead of winning the race, and Harry’s realisation who is responsible for the attacks, and their last attempt needs to be thwarted – before it’s too late.

It’s a fun, enjoyable episode, and makes you realise how good the two characters are together, so you can’t help but want them to be happy, and there’s an inanely romantic ending to the episode as the two officers begin a new life, together.

Again, this is the kind of episode that couldn’t have happened earlier in the series, but now that we are in the final seasons, story threads and arcs will need to be tied up, and this is a nice to start for these two. 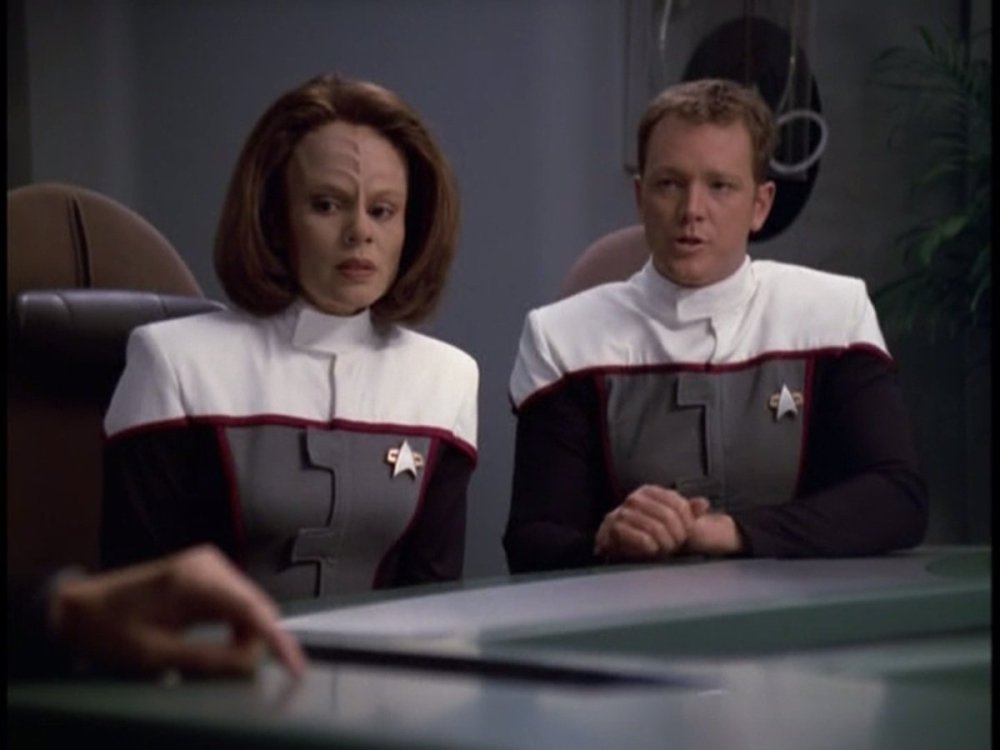 Mark Haskell Smith pens the teleplay for this episode from a story by Kenneth Biller.It debuted on 25 October, 2000.

Tuvok (Tim Russ) conducts an investigation, after it appears that someone is targeting the former members of the Maquis aboard the Voyager.

The crew begins to wonder if it has something to do with the renewed contact with Starfleet, and it stirs up old issues between the Federation and the Maquis, which makes for a tense situation aboard ship.

Tuvok, as security chief, is perplexed by what is going on, and works to discover the truth of the events, even as divisions begin to appear in the crew. Will he be able to resolve the situation and restore an equilibrium to the crew, or will someone with a vendetta plunge the crew into problems they haven’t had for years?

The reveal, halfway through the episode is pretty stunning, and then the viewer wants to know why!

There is also some nice continuity as Paris and Torres enjoy some marital bliss.

The Human Adventure continues next week, when I explore more of Star Trek: Voyager – The Complete Series on DVD from Paramount Canada.