“A true heart should never be doubted.”

Senator Padme Amidala (Catherine Taber) is recruited by the Jedi council to investigate a possible Separatist spy, Clovis (Robin Atkin Downes) and conspiracy within the Senate. This disrupts the fragile relationship between Amidala and her secret husband, Jedi Knight, Anakin Skywalker (Matt Lanter), especially when he learns that the two previously had the beginings of a romance blossoming between them.

It is nice to see the relationship between Amidala and Anakin, and the emotion behind it feels stronger than the one portrayed on screen in either Attack of the Clones or Revenge of the Sith. There are arguments, passion, and Amidala’s willing to take a risk that bothers Anakin, a reversal of roles for the couple.

It’s also enjoyable to see Amidala take the limelight in an episode as she does her part in the ongoing conflict with the Separatists. But as Anakin keeps interfering with Padme’s mission it may end up putting her in danger on the distant planet of Neimoidia.

The pair eventually pull off the mission, despite a near deadly poison affecting Amidala. The couple return to Coruscant, leaving Clovis to face the fallout of his actions on Neimoidia. 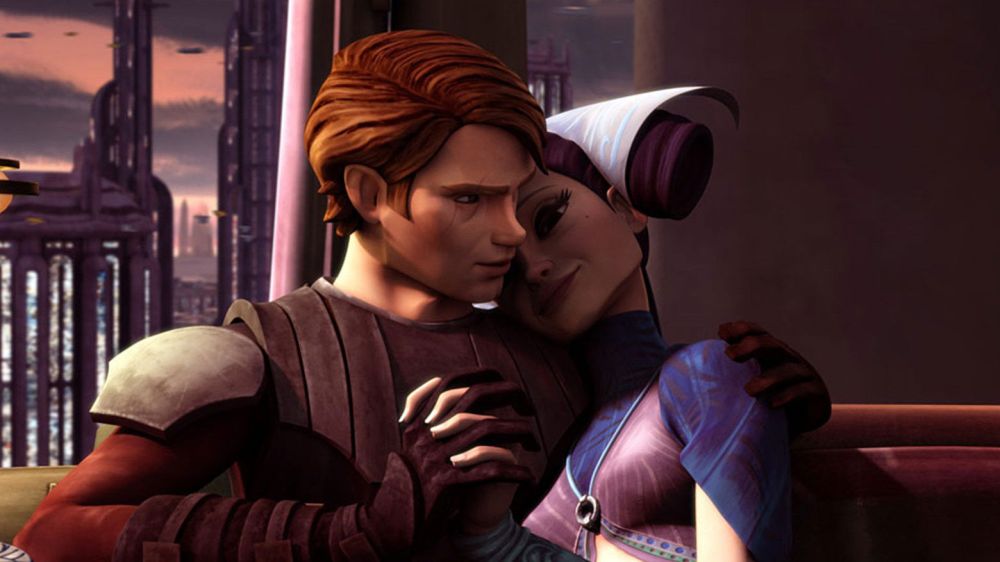 “Believe in yourself or no one else will.”

The foundry plans that Amidala recovered in the previous episode proving Clovis was a spy, lead the Republic to launch another assault against Geonosis in Landing at Point Rain. Written by Greenberg, this episode first aired on 4 November, 2009.

The opening assault is a massive maneuver plunging us right into the conflict. One that shows the cost on both sides. There are nods to a number of classic war films, and the episode introduces us to the intense campaign that is The Second Battle of Geonosis.

But this episode is only the beginning of that campaign as the Jedi lead the clones into combat with the droid armies, and the surprisingly deadly Geonosians (sure they were around in Attack of the Clones, and their numbers seemed an overwhelming threat, but here we actually see them fighting, and some of them prove to be quite menacing.

“No gift is more precious than trust.”

Anakin and Luminara Unduli (Olivia d’Abo) fight to distract the new Separatist super tanks while their Padawans, Ahsoka and Barriss Offee (Meredith Salenger) do their best to bring down the factory.

This is a big moment for Ahsoka as it shows the trust that her master, Anakin, places in her. They also show that they are capable of making the big decisions, the major choices in war between the need to live, and the need to achieve goals.

Of course, by episode’s end we realize both Barriss and Ahsoka are still alive, though barely hanging on. They are reunited with their masters, and all of them show that they have grown through the experience, even as the war leaves new scars.

The battle for Geonosis continues next week as the story continues to expand, and takes the war in a direction that one wouldn’t expect in a Star Wars story. Tune in next week to see what I mean as I settle in for another installment of The Clone Wars.

May the Force be with you.