It sees the return of the genetically engineered personnel from Statistical Probabilities, Jack (Tim Ransom), Lauren (Hilary Shepard Turner), and Patrick (Micheal Keenan). They have brought their fellow, Sarina (Faith C. Salie), who seems to be in a catatonic state.

Bashir implements a risky procedure to rouse her, and when she begins to revive, he begins to develop feelings for her.

The genetically engineered bunch are as fun as they were in their last appearance, but of course, Sarina didn’t get a chance to say anything in their previous episode.

Bashir really is due for a romance of sorts, I mean outside of the brief relationship with Leeta (Chase Masterson) he really hasn’t had much like with the ladies, and he is very aware of the fact that most of his fellows have relationships of some sort.

But hey, when did things ever turn out right, romantically, for the doctor? You know something is going to happen before the end of the episode.

Both Siddig and Salie are great in this episode, it’s really good to see the doctor putting his heart out there, and struggles to save the woman he loves, but will he be able to? And he also questions his own ethics by becoming involved with her, when he should only be focused on curing her.

It’s a beautiful little story, and done so well. You want to see the characters happy, but you know that things don’t always work out how we want. David Weddle and Bradley Thompson pen the teleplay for this episode from a story by Philip Kim. It aired on 4 November, 1998.

The episode sees Odo (Rene Auberjonois) going to a secret meeting, where he is stunned to discover that Weyoun (Jeffrey Combs) who says that he wants to defect to the Federation, and leave the Dominion behind.

Can he be trusted? Is there something more going on? And if you know anything about the Vorta, who are among the Dominion’s leaders you know there is. With a Cardassian warship on his tail, and betrayals and revelations (including that the Founders (Odo’s race) are dying), Odo definitely has his hands full.

Meanwhile Nog (Aron Eisenberg) has a plan to help O’Brien (Colm Meaney) get some requisitions he needs more quickly. The b-story plays hilariously as Nog uses the Chief’s authorization codes to oversee a number of trades that if they don’t play out just right could land O’Brien in some serious trouble.

The Human Adventure continues next week with Star Trek: Deep Space Nine – The Complete Series on DVD from Paramount Canada! 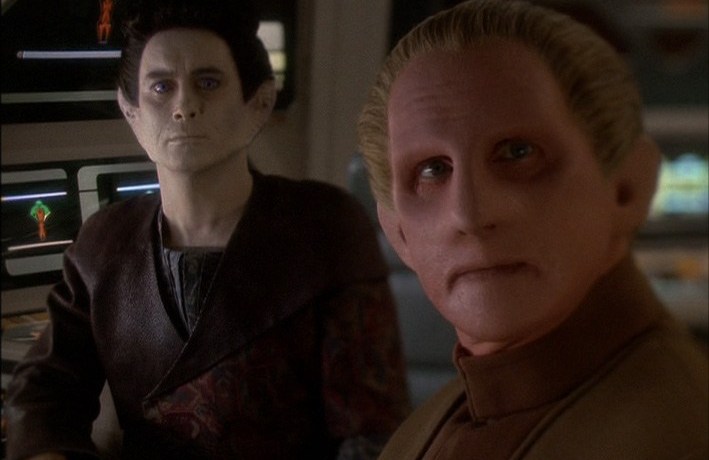