This week we come to the conclusion of Season 1 of Paramount Pictures’ War of the Worlds television series, and by my count, I think the morthren are definitely winning.  The Raising of Lazarus, the season’s penultimate episode was written by Durnford King, and aired on 8 May, 1989.

Team Blackwood may have their hands full when it seems that an alien scout ship has been discovered deep in the ice near a nuclear facility. Harrison Blackwood (Jared Martin) and his team arrives, but runs into grief when Colonel Frederick Alexander (Nicolas Coster) arrives to take over, citing Project 9.

While Coster and Team Blackwood clash, the alien in the ship seems to be reviving. It seems Project 9 may even out rank Team Blackwood, and our people do not like it. And Coster may be trouble.

As the alien sneaks through the base, the teams are clashing with one another, and each one wants to stop the alien in its own way, while the alien starts absorbing information about the Blackwood Project.

The opening shots of the episode give the series a nice bump in production value, and that is only because there is snow on the ground, suggesting they are in a remote northern location. Then, keeping the story on already built sets, makes it a bottle show, but it works incredibly well. My issue is… why are the air ducts so big!?!

This episode has some nice nods to The Thing, and Alien and ends up being a pretty solid episode considering how shaky some of the season has been.

The Angel of Death is the final episode of the season. It was written by Herbert Wright, and it debuted on 15 May, 1989.

The episode sets up some interesting ideas for the second season, including the arrival of a member of another alien race who has come to protect humanity and wipe out the morthren. This however was not the case as the series was redesigned by a new producer which took the show in a different direction, as we shall soon see.

It’s been fairly obvious from the beginning that this Paramount show did not get the same effects budget as some of its sister shows, like The Next Generation, but the opening sequence involving Q’Taros (Elaine Giftos who makes some interesting character choices and movements) arrival on Earth is horribly dated and blatantly CGI.

Q’Taros begins piling up alien bodies as she searches for the morthren leadership, and Team Blackwood is playing catch up to understand what is happening. When their own plan goes a little sideways, Ironhorse is captured by Q’Taros who interrogates him before allying with him.

Which leads to an all out nearly disastrous battle with the aliens. With a promise (unfulfilled) by Q’Taros to return in one year, the season closes out with if not a sense of triumph then of renewed hope.

Next week, we step into the day after tomorrow as the series shifts in tone, and we step into season two as I explore War of the Worlds: The Complete Series on DVD from Paramount Canada. 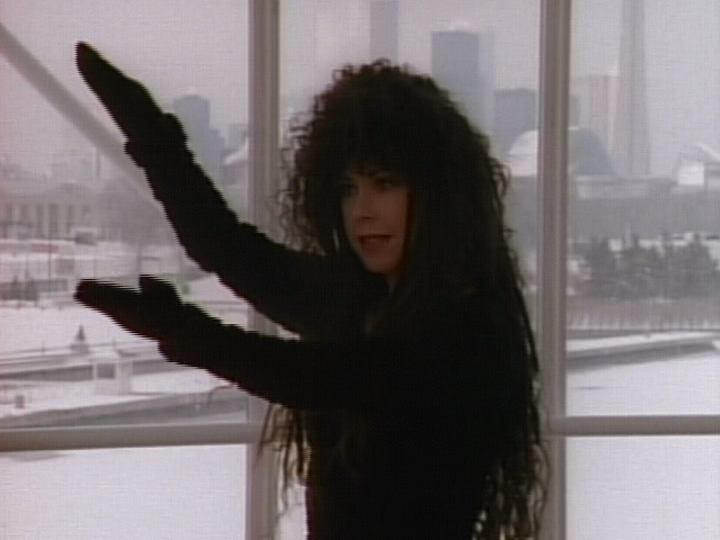