Andre Bormanis (who serves as the science consultant for both Voyager and Deep Space Nine) pens this episode that first aired on 14 January, 1998. The crew of the Voyager all seem to be suffering from night terrors, and all of them feature the exact same alien (Mark Colson) .

Of course, everyone is a little testy, and sooner or later they all start to share the details of their dreams, and the presence of a strange being in each of their night terrors. It’s like Voyager’s take on Nightmare on Elm Street.

Chakotay (Robert Beltran) suggests the idea of lucid dreaming, and goes Dream Warriors a la Star Trek on the alien.

It seems this race sees dream life just as valid an existence as waking life. In fact they seem to exist solely in a dream realm, which is their reality. Chakotay begins to wonder whether or not he’s still dreaming or not, but he’s got a subtle image to remind himself that he is dreaming… can he stop the aliens?

It ends up being a solid Trek tale, and not quite so Dream Warriors as I would have liked, but it’s definitely an episode I enjoyed.

In terms of continuity Torres (Roxann Dawson) gets a bit of a new uniform, she gets a jacket, not unlike Picard’s, this was done to hide Dawson’s pregnancy.  The episode also gives us a look at the inner lives of a number of characters, and adds layers to each of them.

Lisa Klink pens this Doctor (Robert Picardo) episode from a story by Rick Williams. It first aired on 21 January, 1998.

Seven of Nine (Jeri Ryan) discovers a subspace relay created by aliens, and has the ability to send a message to a starship, the Prometheus, in the Alpha Quadrant. They are able to send the Doctor via the relay, where he encounters that ships Emergency Medical Hologram Mark II (Andy Dick).

The ship also seems to be under the control of the Romulans, led by Commander Rekar (character actor Judson Scott). The Doctor must deal with the Romulans aboard the Prometheus even as it is pursued by a number of Starfleet vessels.

He learns about the Dominion War, and the fact that the Prometheus is a new experimental ship. And upon his return to the Voyager, he is able to impart some good news to the crew.

In terms of continuity we get our first introduction to the Hirogen, as it is their communications network that the Voyager is using. And of course, while the Doctor is in the Alpha Quadrant, Paris (Robert Duncan McNeill) is serving in the Voyager’s sickbay.

There’s a lot of humor n this episode, but the ending is nicely emotional as the news that Starfleet is no aware of the Voyager’s continued existence, and not all hands lost after all is consoling to the captain and the crew.

Next week the Human Adventure continues as I explore Star Trek: Voyager – The Complete Series on DVD from Paramount Pictures. 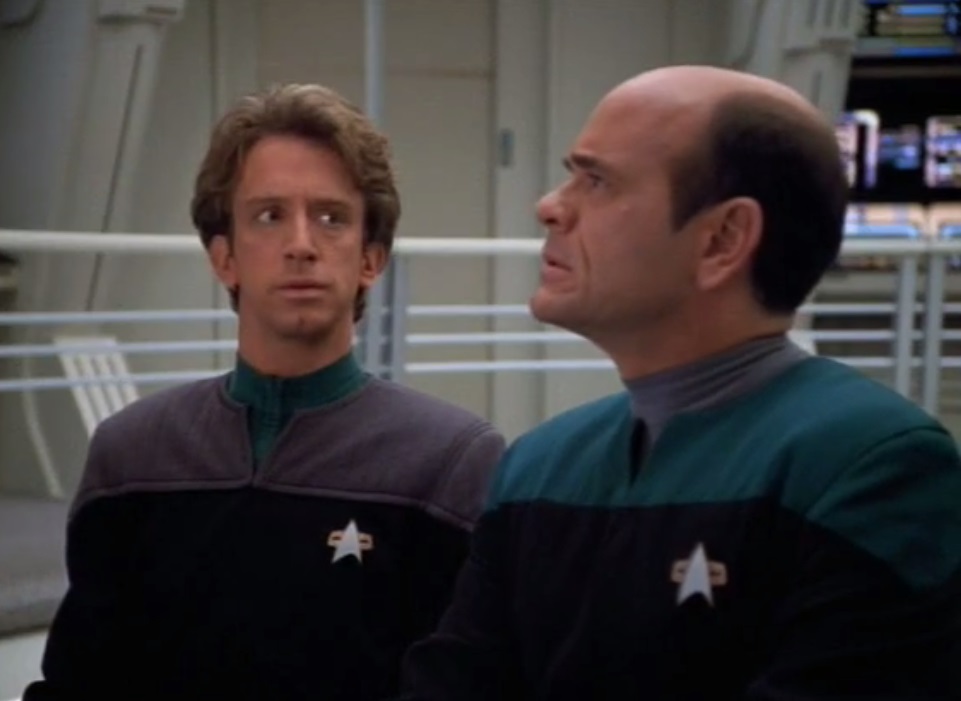