Plot holes, and continuity errors begin to crop up in the V The Series already, when Breakout comes to the screen this week. Written by David Braff, this episode, the third in production, and intended to be broadcast as such, wasn’t aired until 24 May, 1985. This causes some problems with characters meeting, and the continuing storyline.

Ham Tyler (Micheal Ironside) and Mike Donovan (Marc Singer) are captured and put in an Visitor work camp (why they wouldn’t remove them to a city outside of Los Angeles, and then take them up to one of the ships to store as food is beyond me).

Science Frontiers CEO and all around devious human being Nathan Bates (Lane Smith) is hunting for Elizabeth (Jennifer Cooke) the star-child. He plans to exchange Elizabeth for his son, Kyle (Jeff Yagher) who is also being held in the same camp that Tyler and Donovan are trapped in.

There’s no fences, but there is a moat of sand surrounding the camp, which apparently has some kind of creature in it. Some other new creation of the Visitors, or import from their planet – it seems a little silly, but that definitely seems to be the way the story goes.

Oh, and surprise Robin (Blair Teffkin) is in the same camp, which also houses Xander Berkley! And of course, Robin gets her eyes on Kyle… about an episode before Elizabeth does…

The search for Sean, Donovan’s son continues. He was shipped away before the beginning of the series, and now, Mike is on the hunt for him (again).

The series continues its descent into melodrama, and has unfortunately already lost the ability to tell good science fiction stories. But at least by story’s end our heroes are able to get away from the camp, and find their way back home. (without Robin because the story isn’t ready for that yet – and we’ll have to meet Kyle all over again). 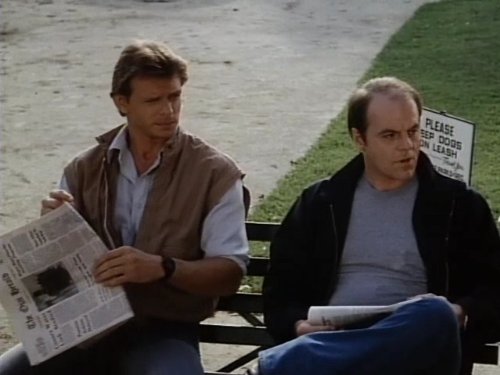 The Deception was written by Garner Simmons and debuted on 9 November, 1984.

Donovan wakes up one morning with the perfect family, the perfect existence. The Visitors are gone, and things seem to be going great. Unfortunately this can mean only one thing. He’s in an simulation created by the Visitors so Diana (Jane Badleer) can learn everything they can about Elizabeth with the intent to capture her.

Who, as it turns out, is being helped by the Resistance to try to get out of Los Angeles.

Robin, who appeared in the last episode, but vanished after the escape is rediscovered, and rescued by… you guessed it, Kyle. And guess who has a crush… which is returned a little, until Kyle meets Robin’s daughter, Elizabeth.

There’s lots of goofy character melodrama as the group tries to find Donovan, and a romantic triangle develops between Elizabeth and Kyle and Robin. It’s kind of sad to ssee that the series got so silly so quickly.

The battle, such as it is, continues next week when I delve further into V The Series. 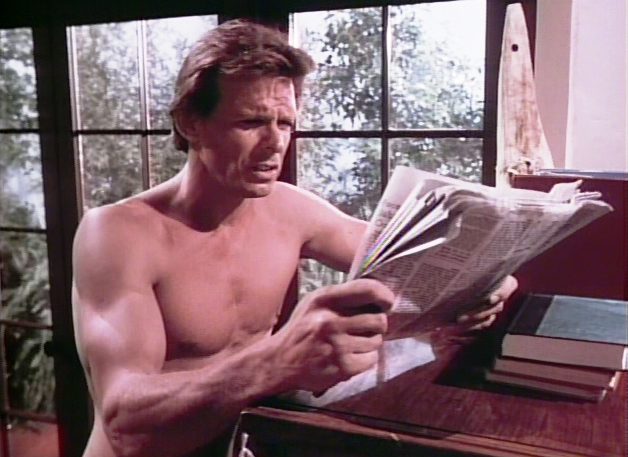