There’s a lot that needs to happen in this third and final part of V- The Final Battle, which first aired on 8 May, 1984. Brian Taggert and Craig Buck (as Faustus Buck) pen the teleplay from a story by series creator Kenneth Johnson (as Lillian Weezer), Buck, Diane Frolov and Peggy Goldman.

Taking place one week after the previous episode, Robin’s (Blair Tefkin) twins are the focus of the first few minutes, the human looking child, named Elizabeth is growing at an alarming rate, and the reptile child dies but gives the Resistance the key to eliminating the Visitors.

Donovan (Marc Singer) has to escape the mothership, while Diana (Jane Badler) hunts for him, and most importantly, the Resistance has to prove the red dust they develop from a bacteria discovered in the reptile baby will kill the Visitors (and drive them off the planet).

There also has to be personal arcs completed, including Robin’s resolution with Brian (Peter Nelson), the alien father of her child. Julie (Faye Grant) and Donovan have to figure out what they are, Daniel (David Packer) has to get his just desserts, all while Elizabeth (Jenny Beck) hints at a strange powers. 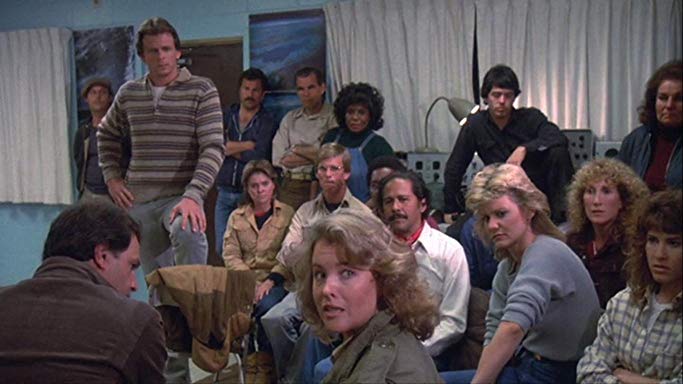 There are power struggles among the Visitors, and Donovan has to deal with the idea that his own son, Sean (Eric Johnston) may have been converted by Diana, and turned into a spy for the aliens.

There’s a lot going on, all within a ninety minute run time, it’s a good thing lots of these things have already been established, because this episode races along, and it’s all about the payoffs.

We race to the climax, which is surprisingly small despite the buildup. Around the world a bunch of hot air balloons are sent up with the red dust to be released into the atmosphere. That’s it. If they are fired upon, they blow up, and the dust still gets into the air, it’s a pretty quiet Final Battle, but Diana triggers a self-destruct device that could wipe out the entire planet.

At least that adds a little tension to the last act of the show. Of course, Ham Tyler (Micheal Ironside) gets to lead some gunplay which is sweet!

But wow, I remember all of this so fondly. I read the novel adaptation countless times, I drew comics (I read the comics), I wrote my first story that was over one hundred pages called The Bermuda Invasion that saw me and my friends taking on the Visitor threat on our small island (I read all the novels), and I still love both miniseries.

I never saw the television series when it aired, but remembered not being overly thrilled with it when I did see it. I guess we’ll find out next week when I take on the one and only season of the series that continues the story of V! 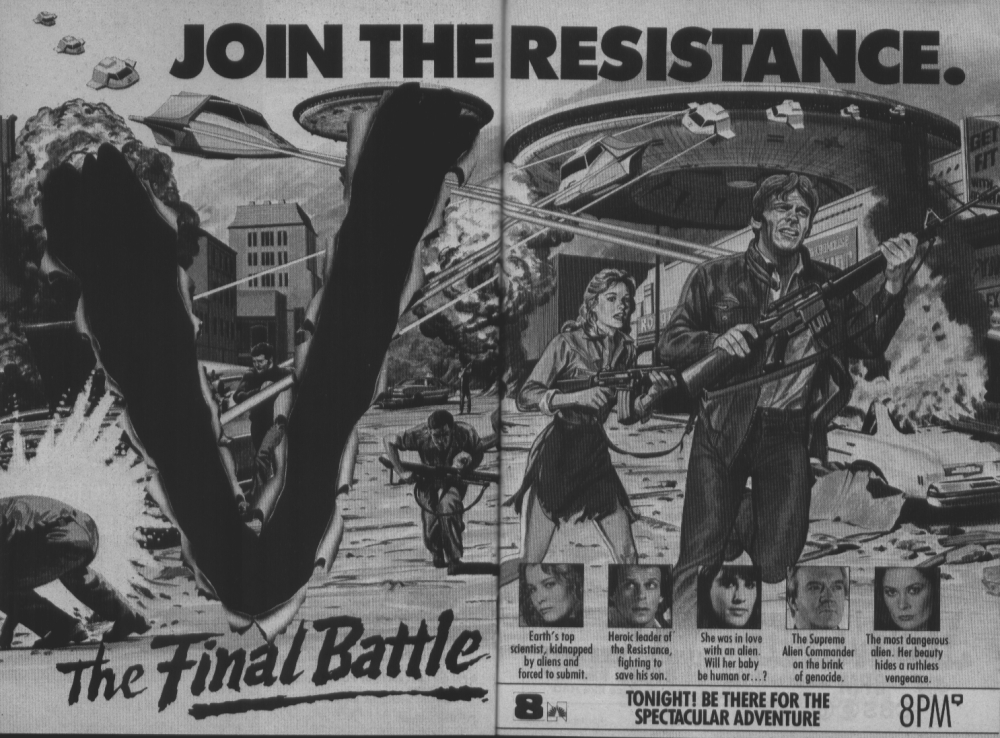