Opening tomorrow, Mary Poppins Returns is an old school, classic Walt Disney film in the magical sense of the words.

Knowing that it has to take on one of the iconic characters from the Disney filmography, Mary Poppins Returns has a big umbrella to fill, not to mention those shoes! But the Emily Blunt led film not only pays proper homage to the original film, but expands on the Banks family story nicely.

Set a few decades after the events of the original, although it has been fifty-four years between films, we revisit Cherry Tree Lane, where the Banks children have grown up. A recent widower, Micheal Banks (Ben Whishaw) has grown up and lives in the house with his own children, the twins John (Nathaniel Saleh) and Anabel (Pixie Davies), and younger brother, Georgie (Joel Dawson).

When the bank calls in the loan Micheal has used towards the house, Micheal and his sister Jane (Emily Mortimer) have a handful of days to find their shares in the bank to save their home.

With trouble in the air, it seems the perfect time for Mary Poppins (Blunt) to return and look after the Banks children young and old, once again. Joining in this time around is a lamplighter, or leery, Jack (Lin-Manuel Miranda, who also had his hand in some of the lyrics of the film’s multitude of songs).

What follows is a film that feels very much in line with the original film, and the other Disney films of the era. From the stunning paintings used to highlight the overture (score by Marc Shaiman) and opening credits, to the animation style that is used for some of the adventures the Banks get up to the ear worms that exist in almost all of the songs (especially A Cover is Not the Book).

The film is drenched in nostalgia, and callbacks to the original film, from pieces of dialogue to nods to other events and characters. But that doesn’t mean it can’t stand on its own. This is a highly enjoyable film, and there is lots to enjoy in it, the music, the choreography, the animation, the cameos (none of them are a surprise, one is seen in the trailer, and the other is listed on the soundtrack album) and most importantly, the message – that sometimes we just need to play, and use our imagination.

I loved every moment in this film, it is such a well-crafted film, such a delight, and like many, I went in, nervous about Blunt stepping into a role made iconic by Julie Andrews (something she no doubt felt herself) but within moments of her appearance she owns the role and is fantastic in it.

This is very much an old school Walt Disney film, and it’s a welcome return to form. This is a family film in every sense of the word, and should definitely be seen on the big screen. Just make sure you have your Spotify ready to download the soundtrack right away, as you’ll catch yourself singing and humming the songs pretty shortly after.

Mary Poppins Returns opens tomorrow! Take your loved ones and check this one out for the holidays! 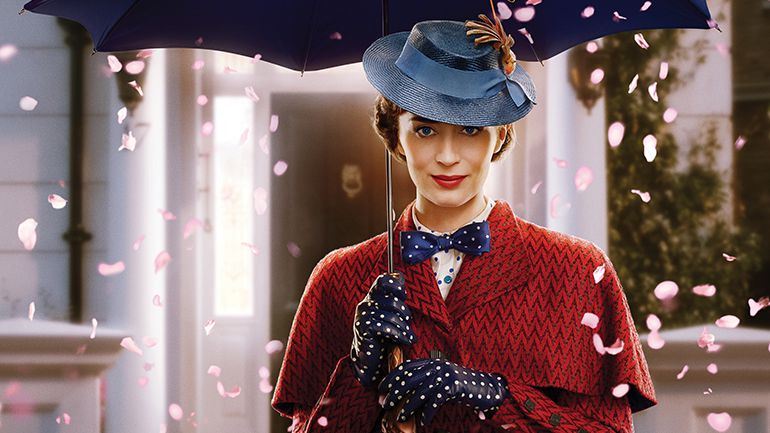