Micheal Piller and Jeri Taylor penned the series opener from a story they came up with alongside Rick Berman, and the Trek universe was introduced to its newest captain, Kathryn Janeway (Kate Mulgrew) and her Intrepid-class starship, Voyager, NCC-74656.

She and her crew, including a helmsman recruited out of a Federation penal colony, Tom Paris (Robert Duncan McNeill), an untested ensign, Harry Kim (Garrett Wang) and security chief Tuvok (Tim Russ) are tasked with investigating the Badlands, a storm filled portion of space, and find a Maquis team that is causing problems for the Cardassians, and threatening the peace that exists.

The Maquis team is led by Chakotay (Robert Beltran), and includes the half-Klingon, half-Human engineer, B’Elanna Torres (Roxann Dawson). When Voyager attempts to track them down, the race is on, but a spatial anomaly flings them 70,000 light years across the galaxy, to the distant Gamma Quadrant. and now, they’ll have to work together if they want to find a way back home. 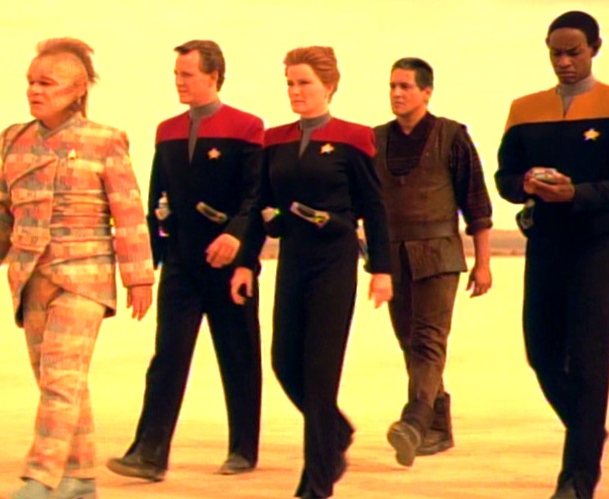 It seems the anomaly was a beam that originated with a being simply known as the Caretaker. The crews must work together cobbling together to form one crew, a Starfleet crew, guided by their principals, as they try to find a way home. Casualties are high to begin with, and both ships lose their medical staff, leaving them with the EMH, Emergency Medical Hologram (Robert Picardo) as their resident doctor.

They are joined by new allies, Neelix (Ethan Phillips) and Kes (Jennifer Lien) and discover new enemies, the Kazon. But even as they try to deal with these new encounters, there are threats from within as well.

The series ties in nicely with the rest of the Trek-verse as Voyager leaves from Deep Space Nine, and Harry has a naive encounter with Quark (Armin Shimerman). The ship is very recognisably Starfleet, and that gives the audience a launching point, they are aware of the rules and regulations of the universe at work here.

The series opener is strong, and Janeway is a welcome addition to the captain’s chair, she’s a scientist, and she’s tough as nails, a great combination. And while the universe, at this point, seems to be a little sterile, despite the things DS9 is preparing to do in the coming season, it still embodies the essence of Trek, even if it is a little too sharp and clean.

There is a long journey ahead of them, seven seasons worth, and I am buckling up as the Human Adventure continues and I explore The Complete Series on DVD from Paramount Pictures. 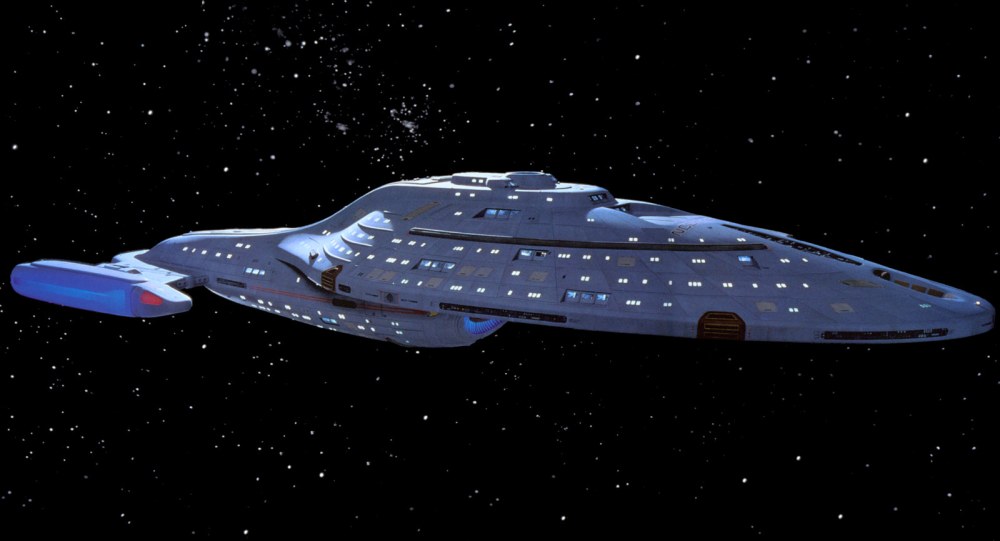