The final episode of the ninth series of Doctor Who comes to a conclusion this week with Hell Bent. Written by Steven Moffat this episode ties up most of the threads of the series, and serves as the last part in a trio of episode that began with Face the Raven, and continued with Heaven Sent.

The episode aired on 5 December, 2015, and finds the Doctor (Capaldi), having escaped from his Confession Dial (after billions of years), and on the brink of truly becoming a madman in a box. And trouble mounts when he arrives back on Gallifrey, existing still in the same space, but in a different time, than when it was originally.

The episode is filled with little nods, and threads, the barn, which was where the events of Day of the Doctor culminated, and also where a young boy slept, there is a continuity with the Time Lords, and numerous moments that fans will recognise.

The Doctor is furious with the Time Lords for Clara’s (Jenna Coleman) fate, especially the head of the council, Rassilon (Donald Sumpter), himself, and the show’s teaser definitely fires the imagination with possibilities, even before we reach the reveal.

There is a lot going on in this episode, it’s not all about the running this time. No, this time around, the Doctor actually wants vengeance on the Time Lords for Clara, fir trapping him in his Confession Dial, and the legend of The Hybrid (which is believed to be a crossbreed of the Daleks and Time Lords).

I do love seeing how far the Doctor goes to save those who are important to him. And Clara has been so very important to him. There are choices, repercussions, and sacrifices and there are some truly poignant moments when Capaldi and Coleman share screen time.

The Husbands of River Song, the holiday special from 2015 was penned by Moffat, and aired on Christmas Day.

When the Doctor arrives on Mendorax Dellora in the far flung future, an alien there, named Nardole (Matt Lucas) mistakes him for an actual doctor, which he is searching for on the orders of River Song (Alex Kingston). It seems there is a diamond that needs removing from a tyrannical King (Greg Davies) and River wants it.

This is the last adventure River goes on with the Time Lord before her death in Forest of the Dead.

The Doctor is amused and troubled by the fact that River doesn’t recognise him with his new regeneration, and he also begins to wonder how many other husbands she has had.

This one ends up being a fairly fun adventure, and when the penny finally drops on who the Doctor is, the story rewards us with a number of brilliant, and of course poignant, moment, as we know what it means for the archaeologist.

It’s entertaining, but was it enough for fans? They would have to wait a whole year before there was another adventure with the Time Lord, when he returned in the 2016 holiday special. Gladly, I just have to wait a week. 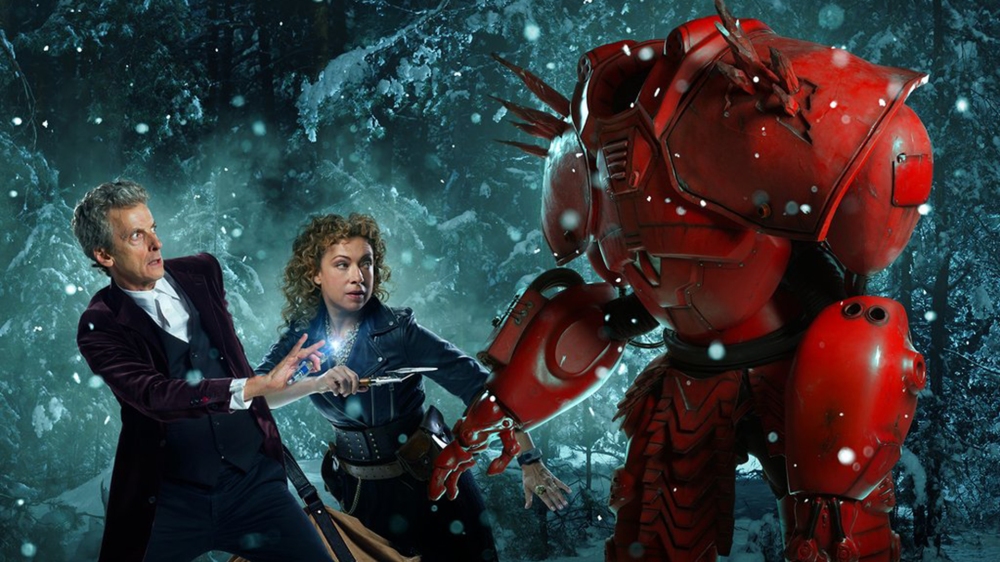