Directed by Leonard Nimoy’s son, Adam, this episode was penned by Brannon Braga and first aired on 14 June, 1993. I’m always a fan of episodes that play with time loops, time travel, paradoxes and such, and this one ends up being very enjoyable.

Travelling back to the Enterprise, Picard (Patrick Stewart), Data (Brent Spiner), La Forge (LeVar Burton) and Troi (Marina Sirtis) encounter a series of time distortions, and come across their starship trapped in time, moments from destruction.

The teaser has some great character beats and humour, and when our group reaches the Enterprise, the things they find aboard are truly troubling – many familiar faces are in the midst of dying, or fighting to save the ship from the Romulans.

But like some of the best Trek stories, not everything is as it appears to be, and as the crew investigate they discover what is really going on, and it makes for a very entertaining episode featuring some cool ideas, frozen time, and a story that plays out brilliantly.

This episode marks the only appearance of a runabout in The Next Generation, of course, considering the vessel’s fate, it’s not a surprise that we don’t ever see one again. Perhaps it was the only one in the Enterprise’s inventory.

The special effects on display in this episode are exemplary, and its a great episode, and is in fact, the penultimate episode of the sixth season.

Ronald D. Moore pens the teleplay for the season six cliffhanger from a story by Jeri Taylor. The season came to its conclusion on 21 June, 1993.

The Borg are back!

But there is something strange occurring with them, despite being part of a collective, each drone is acting with an individual nature.

There encounter with them, provokes Data’s first emotional response. One of anger. Despite the negative connotations of the emotion, the android seeks out a way to reproduce the effect and the feeling.

Events escalate, and the Enterprise is soon able to follow the Borg to their base of operations, where, in the last few moments of the episode a stunning reveal is made and Data may switch sides to pursue his emotional needs.

A very strong episode to end the season on, and it’s always great to see the Borg. This episode also has a great opening teaser with Data playing poker with Isaac Newton (John Neville), Einstein (Jim Norton) and Stephen Hawking (as himself).

We get a new style Borg ship, transwarp conduits, and the return of a second familiar enemy, one we haven’t seen for quite some time. As a season finale this one works very well, it’s got an epic tale that also works on a smaller more intimate level because of how it affects Data.

The Human Adventure continues Thursday when I continue my exploration of Deep Space Nine! 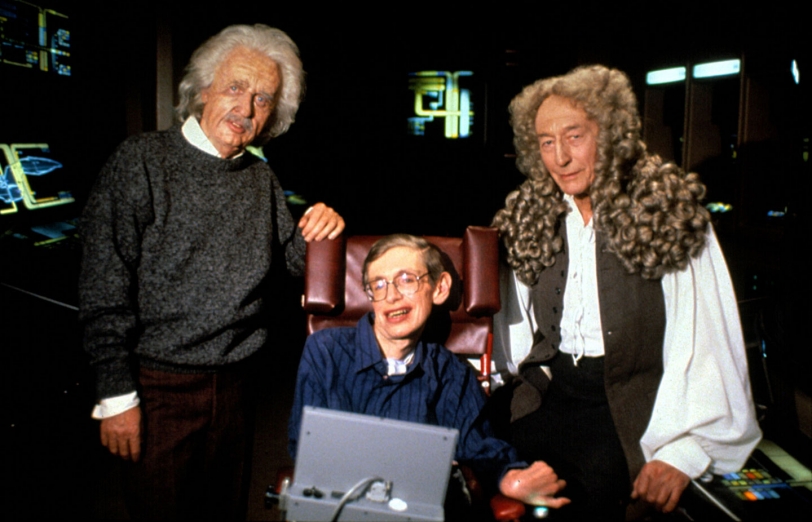