Ira Steven Behr pens the teleplay from a story by David Livingston which finds Quark (Armin Shimerman) getting into some trouble when the Ferengi Grand Nagus, Zek (Wallace Shawn) arrives on the station. This episode first aired on 21 March, 1993.

In a fun bit, O’Brien (Colm Meaney) is overseeing the station school while Keiko (Rosalind Chao) is away on Earth. There is also some fun stuff, as Sisko’s (Avery Brooks) son Jake (Cirroc Lofton) and Quark’s nephew, Nog (Aron Eisenberg) as their friendship continues to blossom, despite some bumps in the road, much to Sisko’s and Quark’s chagrin.  Until a revelation changes Sisko’s opinion.

But this is very much Quark’s tale, and it ends up being a playful episode, as Quark and his brother, Rom (Max Grodenchik) bend over backwards to look after the Nagus’ needs. But Quark is worried that Zek is here to take over the bar.

Soon, the real reason is revealed and Quark finds himself in an illustrious position, but also the target for murder.

All of this is a plan by the Nagus, of course, but for a short time, Quark revels in his new position, and so it it’s no surprise when trouble comes looking for him.

Shimerman has his character down pat already, and watching the Ferengi culture grow is entertaining, and consequently makes for an enjoyable episode. And Shawn Wallace is always fun to see on screen.

A strange alien from the gamma quadrant, Crodon (Cliff De Young) with criminal tendencies runs afoul of Odo, the station’s security chief. The shapeshifter finds himself intrigued when Crodon hints about the possibility of more of his kind living in the gamma quadrant.

Crodon, however, cannot be trusted, but with the possibility of finding where he came from, will Odo seek out the shapeshifters? And are they really as close as Crodon says they are or is it on a ploy carried out for another reason.

As the two get to know each other in a trip through the wormhole, Odo learns that while Crodon may be a bit of a criminal, he may not be deserving of the sentencing he will receive back on his home planet should Odo deliver him there.

But what of his own people, the Changelings?

Answers for Odo aren’t forthcoming in this episode, though that will change in the future. Nonetheless, Vortex continues telling strong stories in a surprisingly solid season one.

The Human Adventure continues next week as I continue exploring Deep Space Nine: The Complete Series available now on DVD from Paramount Canada. 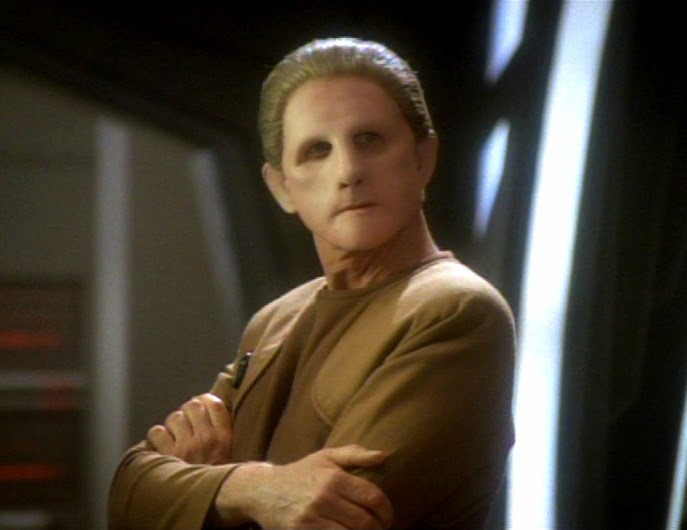