The Doctor (Capaldi) and Clara (Jenna Coleman) embark on a bit of a lark with Robot of Sherwood. Written by Mark Gatiss this episode first aired on 6 September, 2014.

Clara has always wanted to meet Robin Hood, which the Doctor insists was made up. To prove the point he takes her to Sherwood Forest in 1190. The Doctor is then shocked to discover that Robin (Tom Riley) does in fact exist.

Of course not everything is at it appears, and it seems that the course of history may be threatened again when it is revealed that the Sheriff of Nottingham (Ben Miller) and his knights (who are actually robots) are up to no good.

There are a lot of familiar tropes that are played with here (as well as nod to previous Hood incarnations in the media), as the mythology of Robin Hood is given the Time Lord twist.

The Doctor’s character is still developing and he gets rather angry on a regular basis, taking great exception to all the laughing that Robin and his Merry Men seem to partake in.

It does show the Doctor in a new way, as he meets a character who inspires people as much as he does.

It also gives Clara a chance to take centre stage as Robin and the Doctor compete to be right, she is the one putting the pieces together and working on a way to stop the evil Sheriff and his robotic companions.

It does tie in with the series arc of The Promised Land, as it is discovered that the robots knights have a spaceship (which is masquerading as the castle) were heading there.

Overall, it tends to be a goofy, fun episode, that lets the series show that it can just have a good time, before delving into a spookier episode with Listen. 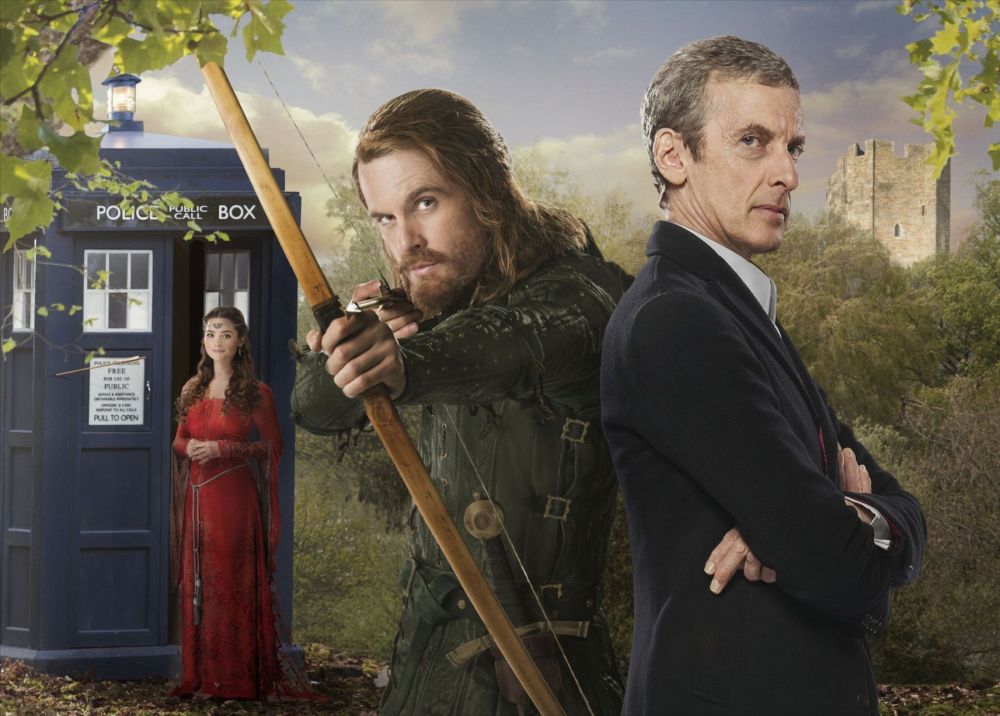 Listen written by Steven Moffat first aired on 13 September, 2014. It is definitely a spookier tale that its lighthearted predecessor.

Ghosts of the past and future combine when the Doctor begins to wonder if perhaps in those moments that we think we are really alone – we’re not.

It plays to our fears of what’s under the bed, those moments when fear takes us when we are alone, and also explores the Doctor’s own past as we see him for a child for the first time.

We also get a little more of the Clara and Danny (Samuel Anderson), which is fun to behold. But there is pain and sadness there as both deal with their issues, and their histories, and their possibilities.

It’s actually rather spooky, and unnerving. It also opens the world up nicely, by layering out the characters, while telling a thought-provoking story.

A distracting phone call half way through a trip in the TARDIS takes Clara and the Doctor into Danny’s past, when he first had a nightmare that the Doctor believes indicates the existence of a being that has perfect hiding.

As they travel back and forth through time, the journey becomes more unnerving  and in some moments downright terrifying. But it is also very touching. It also touches on the non-violent nature of both the Doctor and Danny.

Next week we go on a bit of adventure as the Doctor and Clara get involved in a Time Heist.