How do you follow up a cliffhanger like the one that closed the third season of The Next Generation? Riker (Jonathan Frakes) is firing on the Borg, intent on destroying them, even if it costs the life of the abducted, and ‘enhanced’ Picard (Patrick Stewart) now known as Locutus.

Michael Piller penned the follow-up which premiered on 24 September, 1990. One would think that there was no way for the episode to stand up to the previous episode, but it works. It’s smart, brilliantly made, and pays off everything brilliantly, while setting up the season’s theme of family, which works fantastically in the next episode.

The stakes are incredibly high and it also plants the seeds for the main character of the next series, when Starfleet engages the Borg, disastrously, at the planetary system known as Wolf 359.

The episode is epic, feels cinematic, makes us wonder if Stewart is on his way out of the series when Riker is promoted to captain, and Shelby (Elizabeth Dennehy) is made First Officer.

Happily our heroes find a way to not only save their captain, but also put a stop (at least for a season or two) to the Borg .

There are so many great moments in this episode, but the most iconic one is the single tear slipping from Picard’s eye during his conversion.

In terms of continuity, Barclay (Dwight Schultz) gets a mention, O’Brien (Colm Meaney) pops up (and gets more and more to do) and the battle bridge gets a visit. In fact all of the main cast get a moment of their own in this one, and that is great to see.

Picard is troubled by everything he has seen and done, and while the Enterprise heads for repairs in Earth orbit, he prepares to return home, which leads us into the next episode… 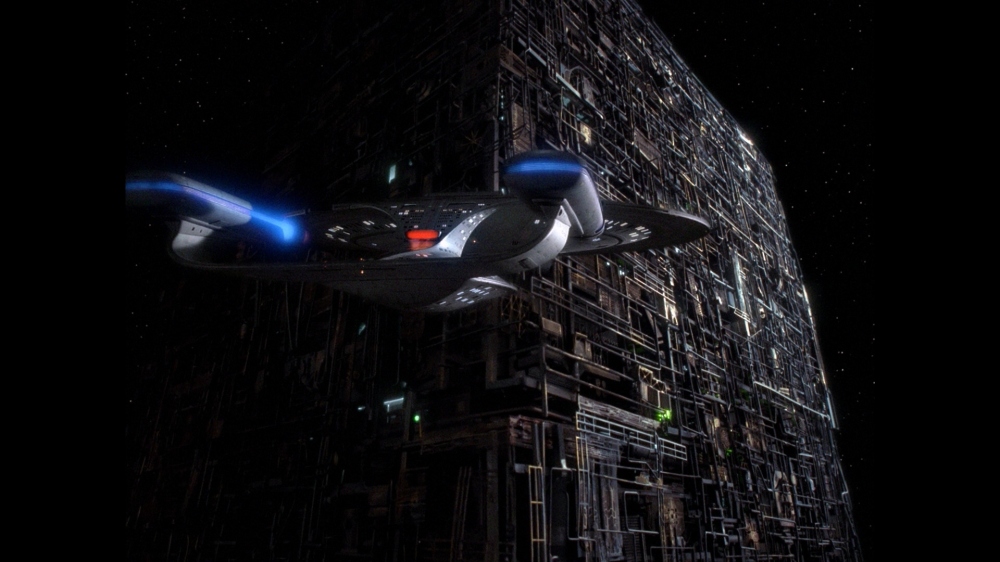 Airing on 1 October, 1990 and written by Ronald D. Moore, based on an idea by Susanne Lambdin and Bryan Stewart, Family illustrates the emotional repercussions of Picard’s time with the Borg. He travels home to France to visit with his brother, Robert (Jeremy Kemp), his sister-in-law, Marie (Samantha Eggar) and nephew, Rene (David Birkin) at the family vineyard.

Also woven into this story, is Wesley (Wil Wheaton) getting a recorded message from his father, Jack Crusher (Doug Wert).

This was the first episode of Star Trek that truly embraced its continuity. It was argued that the episodic nature of the series would not do justice to the events of the previous episode if things just picked up and carried on as if nothing had happened in the next story.

The characters, and the audience had to deal with the events that so traumatised Picard, and would have a long-lasting effect on him before being able to continue. It made the characters increasingly human and drew us further into the world of the 24th century.

I love this episode, and Stewart’s performance… wow!