It’s time to go back to Oz, with Disney’s 1985 film Return to Oz, which serves to combine two of the original Frank L. Baum novels, The Marvellous Land of Oz, and of Ozma of Oz. And that magical land is the next stop in the DK Canada’s tome, The Movie Book.

They recommend the original Wizard of Oz (1939) which I had previously reviewed, so I dove right into the What Else to Watch titles, and the first one I took a look at is this one.

With no musical numbers, this semi-sequel keeps more in line with the original stories than it does with the film. Young Dorothy (Fairuza Balk) hasn’t stopped talking of her adventures in Oz, something that troubles her Aunt Em (Piper Laurie) and Uncle Henry (Matt Clark).

The concerned relatives take Dorothy to a hospital, where Nurse Wilson (Jean Marsh) rules with an iron fist, and with the the threat of electro-therapy.

When she finds her way to Oz, it is not the way she left it, and things seem to be in dire straits, so Dorothy with new friends, Billina (voiced by Denise Bryer) the talking chicken, Tik-Tok (Tim Rose/Micheal Sundin) and Jack Pumpkinhead (voiced by Brian Henson) set out to restore Oz and its rightful ruler Ozma (Emma Ridley), confront the Nome King (Nicol Williamson), the evil queen Mombi (also Marsh), and the dastardly wheelers. 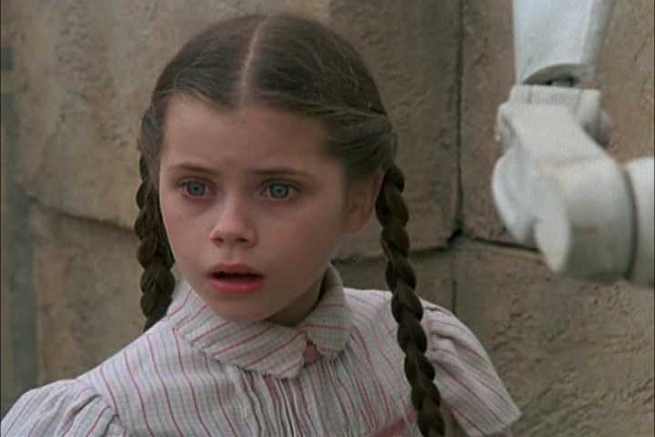 Along the way she encounters old friends, and finds new adventures. For a Disney film, it’s actually fairly dark in terms of storytelling, had some frightening imagery (at least to younger viewers) and confused a number of fans who believed it was a direct sequel to the 1939 film.

While it may not be the strongest film made, it is actual a very faithful onscreen realisation of Baum’s fantastical world. Some of his absurd ideas like lunch pail trees are there, but more importantly it has a more accurate interpretation of the Tin Man, Scarecrow, and the Cowardly Lion, at least as portrayed in illustrations from Baum’s books.

There are things I quite like in this film, seeing Tik-Tok, the animation of the faces on the rock – it’s simple but it works, and the willingness of Disney, Murch and the cast and crew to make a film that was darker than its predecessor, and undeniably a part of the Oz universe.

Most of the visual effects are well put together, the blue screen is a little iffy, but the creature effects are surprisingly solid.

This is a film that affected a lot of viewers as children, and those who know it either love it or hate it, and it’s surprising how many people don’t know about it.

So if you haven’t seen it, have a look at it, and maybe other titles that can be found in DK Books’ The Movie Book.