Animal cruelty, a bit of racism, and the revelation that his name isn’t really Dumbo are just three of the things I caught as I screened Disney’s classic elephant tale. I continue to work my way through the What Else to Watch list following DK Canada’s The Movie Book recommendation of Snow White and the Seven Dwarfs.

Definitely one of Walt’s shorter films, barely running an hour, the story follows a young elephant born with oversized ears, who struggles to find acceptance amongst the circus performers that are his community.

His mother tries to protect him but because of her actions is locked way, leaving the young elephant, Jumbo Junior by name to pal around with a small mouse, Timothy Q. Mouse (Edward Brophy), to be exact.

The mouse has big ideas for he and his pachyderm friend, even as they encounter the scorn and hatred of their fellow animals and the dangers of alcohol (the rather disturbing Pink Elephants sequence).

The essence of the story is acceptance not only by those around you, but by your own self. Acceptance, and belief. It’s this discovery that finally comes at the end of this short film that makes this a Disney film.

In fact most of this material is provided by the crows, which could be argued as racist characters, but they also tend to be the smartest ones in the film. 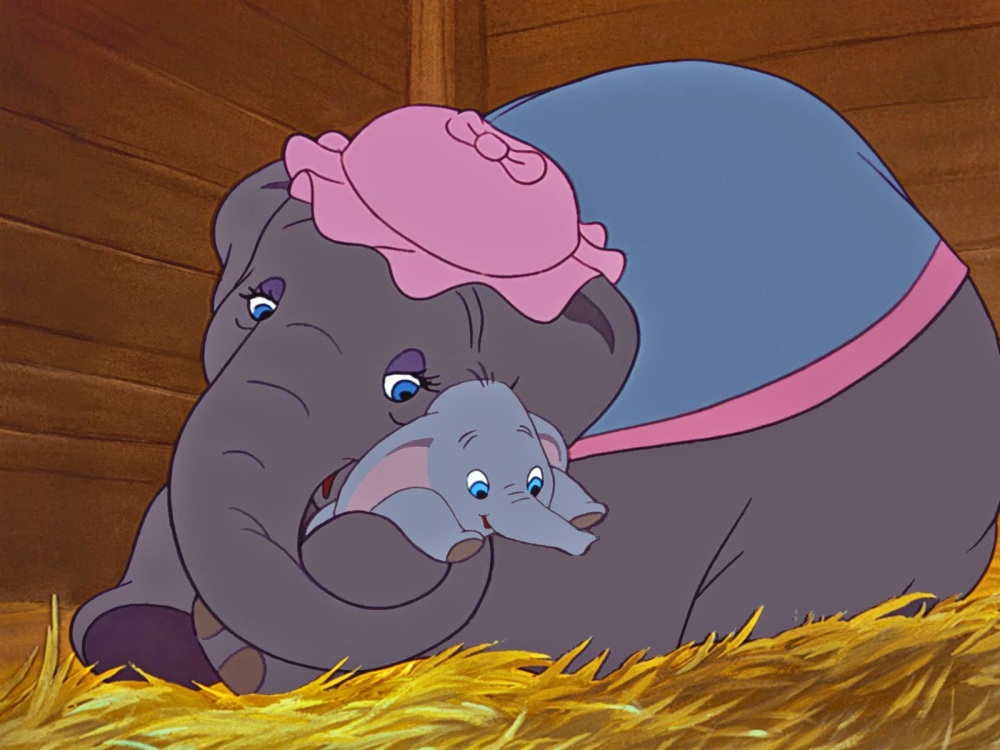 It remains an endearing film, but that is in large part due to the pairing of mouse and elephant – the first Disney protagonist not to have any dialogue in the film at all.

The film, overall, is colourful and entertaining has a great message of believing in oneself, and accepting who you are, as you are. I have to admit though, that of all the Disney films I have seen, this is in fact one of my least favourite entries from Disney studios.

I will say this though, it’s a wonder that this one hasn’t been updated and converted into a stage production by Disney, combining the character design that work for The Lion King stage show with some Cirque de Soleil magic would be a lot of fun.

I do love the animation at work in the film, and I’ve always had a bit of affection for Timothy Q. Mouse, perhaps because we share a first name. Or perhaps it was easier for me to make myself care for him more because I saw too much of myself in Dumbo.

You see, I always felt my ears were too big growing up, I was occasionally picked on because of it, but apparently I just had to grow into them.

It’s a lot of fun working my way through some of these classic Disney films, and I cannot wait to see what The Movie Book has lined up for me next. Pick one up from DK Books today, and watch along with me.