It’s time to dive into the fifth and final season of The Twilight Zone. The Complete Series on blu-ray, available from Paramount Pictures unveils the first three episodes of the season this week, as the series returns to a twenty-five minute runtime per episode as opposed to the fifty minute episodes of the previous season.

Up first is In Praise of Pip, the season five opener was penned by series creator, Rod Serling, and sees Jack Klugman return for a fourth appearance on the series. Airing on 27 September, 1963, the story follows a self-hating bookie, Max Phillips (Klugman), whose only pride in life is his son, Pip, currently serving in Vietnam.

When he learns that his son has been injured and is dying, the Zone steps in, and allows him to spend one last hour with a ten-year-old version of his son (Bill Mumy) in an amusement park.

Watching Max deal with the news, and consequently question his choices and actions is brilliant, and costs him, allowing for a but of the magic that guides him into the Zone. This is a pretty solid story to open the season. Klugman is fantastic in the role, and Serling taking on a subject like the Vietnam war while it was happening was very bold.

The extras include an interview with Mumy, a commentary by Mumy, as well as one by Zone historian Marc Scott Zircee as well as my favourite author Neil Gaiman, an isolated score by Rene Garriguenc and sponsor billboards. 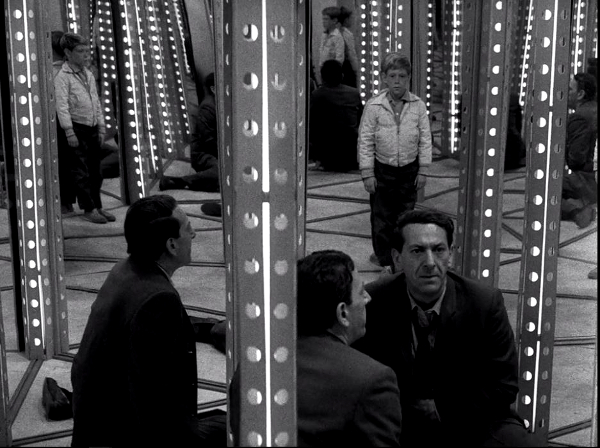 Steel may sound familiar to some modern day film watchers as it served as the partial inspiration of the 2011 film Real Steel. Written by Richard Matheson with an airdate of 4 October, 1963, the story is about boxing robots in the far distant year of 1974.

Battling Maxo, a robot, is getting worn out, and needs new parts. His owner, and former boxer, before it was outlawed, is Steel Kelly (Lee Marvin!) is trying to make a living with his pugilistic android, but as the robot starts to wear down, and a big fight coming up that he can’t back out of, Steel may have to take matters into his own hands.

He and his mechanic, Pole (Joe Mantell) are desperate for cash, they need to repair their droid, and they need to survive. But when Maxo breaks down before the match…

I get the impression that Pole and Steel are on the edge of poverty, but their costumes don’t convey this sense of ragged, dirty need. I get that the episode was made in the 60s and was reflective of the time, but I think if the episode had a but of an edge to it it would have been even better than it was.

Having said that, I will say that it was very cool seeing Marvin in this kind of role.

The extras include an interview with Matheson, commentary by Zone fans and historians, Zircee and Bill Warren, an isolated score by Van Cleave and a radio version starring Louis Gossett, Jr. 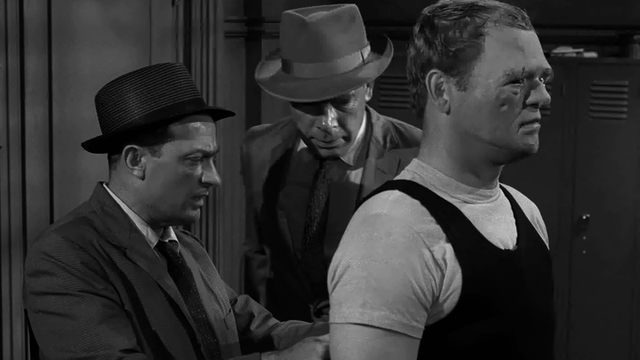 Nightmare at 20,000 Feet, the classic William Shatner episode, is the finally foray into the Zone this week. Also written by Matheson, this episode first debuted on 11 October, 1963, and was directed by Richard Donner(!).

Later reshot for The Twilight Zone movie with John Lithgow in the Shatner role of Bob Wilson, this episode is a classic, and a favourite.

Wilson is recovering from a nervous breakdown so he and his wife, Julia (Christine White) are taking a flight to get away. Unfortunately for Bob, he sees something out on the wing of the plane messing with the engine.

He’s unsure whether what he is seeing is real or not. Things grow more and more desperate as when anyone else looks out the window they see nothing, and Bob begins to fear not only for the flight but his very sanity. He is pushed to a desperate act but what will the final outcome be?

Such a fantastic episode, and yes, so much of it would be done differently as told today (the sheriff wearing his gun on the plane for instance!) but it still works as a solid thrill and scarefest!

The extras to round out this final episode of the week include an interview with Matheson, a commentary by Zircee and Donner, an isolated score, and a Rod Seling lecture from 1975.

The final season is off to a fantastic start, and we’ll return to it again next week as I continue my exploration of Paramount’s The Twilight Zone: The Complete Series on blu-ray and DVD. 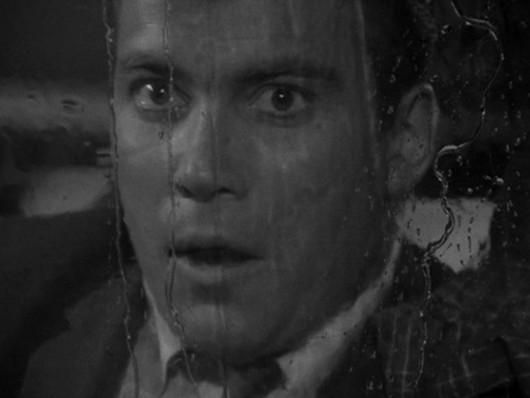