Howard Weinstein pens the first episode of the second and final series of the animated Star Trek series. Airing on 7 September, 1974, the story continued to see our crew boldly going.

Spock (Leonard Nimoy) has contracted a fatal illness. Things get worse for the Vulcan science officer, when Orion pirates steal the cure, and the Enterprise has to set off in pursuit.

Captain Kirk (William Shatner) tries every option to save his friend, while McCoy (DeForest Kelley) watches over him, trying to stave off the seemingly impossible.

It seems that the Orions have a code of honour to live by, and they don’t want to be caught by the Federation, so they try and fight and scheme their way out the whole thing. But Kirk, of course, outwits them.

They pronounce Orion oddly throughout the episode, but it is interesting to see them interpreted in a way we haven’t seen before, and won’t see until the prequel series Enterprise. 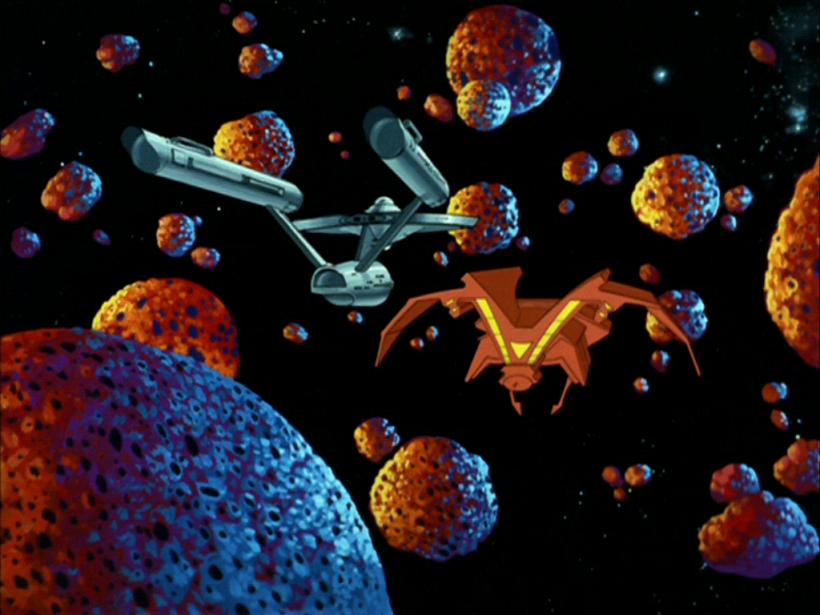 The Enterprise is under observation. Those observing want to make sure that the crew, and their mission are suitable to meet with advanced civilisations. Unaware of what is really going on, Kirk has a diplomatic commander aboard his ship, Bem (James Doohan).

He is an unusual, multi-part colony organism, and he is really aboard the ship to make sure the Enterprise crew is worthy of their mission.

This ends up being a fairly interesting episode as Bem intentionally gets himself captured by the indigenous species simply to see how Kirk and Spock will react. But the planet has a higher presence on hand as well, and they are making a judgement on the Enterprise crew and Bem as well.

The episode presents an interesting take on what has become a fairly recognisable Star Trek story, or at least a recurring story theme. This one is definitely more of a thinker episode, keeping in line with some of the higher science fiction themes that Trek can do, all while keeping the sense of fun, and adventure that is necessary for the Saturday morning crowd.

The Practical Joker is a silly episode. It was written by Chuck Menville and aired on 21 September, 1974.

After gaining a level of self-aware intelligence, the ship’s computer begins to play tricks on the crew of the Enterprise. Wackiness ensues.

It also, however features the first appearance of a holodeck in the Trek ‘verse, and is it a surprise that a malfunction in it causes problems? There’s a story that gets done to death in later Trek years.

The crew are tricked, made fun of, and are generally made miserable by the ship’s computer, until Kirk and Spock can find a way to restore the computer to its operational parameters.

This all occurs while Sulu (George Takei), Uhura (Nichelle Nichols) and McCoy are stuck in the holodeck, or the rec room as it is referred as in this series.

We also get a final look at the Romulans until their appearance in The Next Generation.

Next week, we come to the conclusion of the Animated Series and take a look at the long wait until Star Trek returned to television screens in 1987.

But the Human Adventure continues… 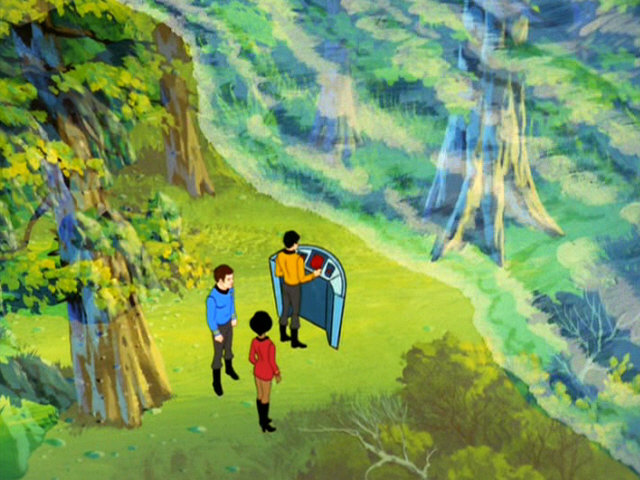