It’s time to delve into the dark corners of The Zone, as I continue my exploration of Paramount Picture’s The Twilight Zone: The Complete Series on blu-ray.

First up this week is The Silence. Written by series creator, Rod Serling, this episode had its premiere on 28 April, 1961.

Jamie Tennyson (Liam Sullivan) is a talker and over time has truly started to annoy some of the other members of the club he belongs to, especially Archie Taylor (Franchot Tone). One evening, Tone comes up with a bet, that Tennyson can’t be quiet for one year. Jamie takes him up on the wager, living within a glass room under observation by the club for one year, communicating only by writing,

As the year progresses Archie fears Tennyson may win, but both sides aren’t being completely honest. Archie tries to push Tennyson in to quitting the bet, hinting that Jamie’s wife has been cheating on him, but Tennyson won’t break.

While there is a reveal at the end, it doesn’t fall into the general spookiness that seems to be part and parcel of the Zone, and in fact, it ends up just being a interesting story.  It works, and is enjoyable, but after almost two full seasons of spooky and unnerving reveals, this one, when it happens, is more of a huh moment instead.

The extras for this episode include a commentary by Zone historians and fans Marc Scott Zircee and Marv Wolfman, as well as a sponsor billboard and a radio version starring Chris McDonald.

Shadow Play was penned by Charles Beaumont and aired on 5 May, 1961.

Dennis Weaver stars as Adam Grant, who seems to be trapped in a recurring nightmare, that sees him sentenced to death by execution. Convinced he’s dreaming, he tried to tell everyone else that if he dies, they all cease to exist.

Grant seems to know things about everyone in the prison he’s held in, things he couldn’t know unless he’d learned them somehow (like in a recurring dream?). Meanwhile, members of the court debate and worry about Grant’s claim that if he dies, they all will.

As the moment draws closer, everyone around Grant is tempted and scared that he may be right. Grant, of course, is simply stuck in the same dream over and over, and the audience begins to think about the concept as well. It is an unnerving idea to be sure, and one that we have all thought of at one point or another.

There’s no real twist, the reveal is expected, and just leaves you feeling terrified and worried about what is and isn’t reality. What if we are all just dreaming? How many nights have we lain awake thinking the exact same thing? Or that we were simply figments of someone else’s imagination?

On the right darkened night, thoughts like that can still get to me, or at least make me think a lot.

The extras for this episode include an isolated score, billboards, and a commentary by Weaver.

The Mind and the Matter is the final episode of the week. Penned by Serling it premiered on 12 May, 1961, and follows the story of Archibald Beechcroft (Shelley Berman).

Beechcroft hates everybody, he hates people, he hates dealing with the public in his job as a clerk, and he just wants to be left alone. When he gets his hands on a book, The Mind and The Matter, about developing the power of his mind, he puts words into practice, and soon remakes the world to his own specifications.

But that’s when he discovers how terrible such a world could be. This sequence gives Berman a wonderful opportunity to present variations on his character, and it’s fun watching it play out and having Beechcroft realise that the world may be bad, because of the way he presents himself to it.

This one is definitely one of the fun ones.

The extras for this one include an isolated score, billboards, and a commentary by Berman.

Join me again next week as I explore deeper into the Twilight Zone as I take my first steps into season 3 of The Complete Series on blu-ray, now available from Paramount Pictures. 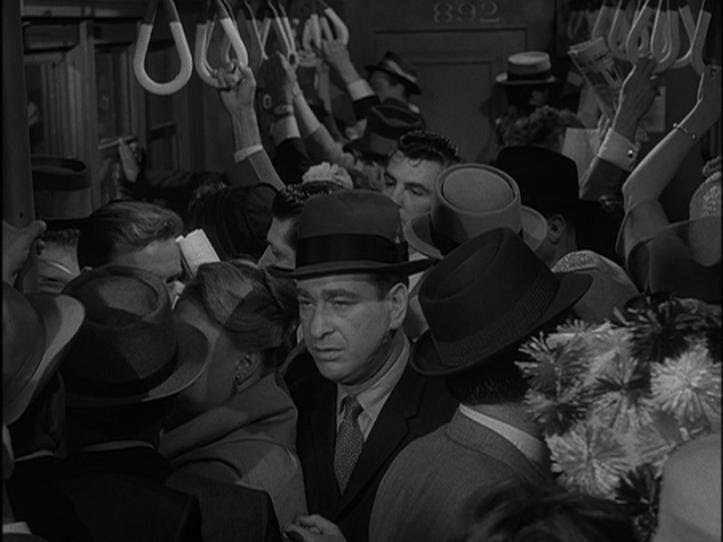