I’m a part-time gamer, I can go for months without using my PS4 as anything but a blu-ray player or for Neflix. And then, when the mood strikes, I will play games solidly for a couple of months.

That being said, I’ve never been a fan of fighting games, they seem unnecessarily brutal and mindless. That’s my belief anyway.

So I was unsure of what to think when NetherRealm Studios announced the release of their follow-up game to the fighting title, Injustice. Working with Warner Brothers Interactive Entertainment, the first one was a huge success, and it seemed inevitable that a sequel would follow.

I’ve become a firm believer in the phrase ‘Make Mine Marvel’ since before the DCU cinematic endeavours began to disappoint. But I’ve always been a fan of Superman, Batman, Wonder Woman, Supergirl and Green Arrow (it’s the bow and arrow – that’s just cool to me). The game had my interest in that regard, and after being invited to the launch party a couple of weeks ago, I could see that my idea of the game was on the verge of changing.

I hadn’t played the first one, but in creator Ed Boon’s dialogue with the audience at the party, I heard a lot of things that caught my interest and I was eager to try.

There are new characters added to the roster, and a loot drop system that I wasn’t sold on when I heard about it, but then when I settled in to play…

This game is addictive.

Whether you play the story mode (I’ll admit I’m playing on Easy on my first time through, but I am enjoying it more than I thought), take on single fights, or explore the multiverse and clash with heroes and villains that way, you can play as your favourite character, and then start to equip and outfit them in ways that you want, making them very much your incarnation of the iconic hero.

Now, when it comes to fighting games, it’s all about learning the moves, and the combination of button mashing, something I’ve never been exceedingly good at, but perhaps that will improve as I take Oliver Queen (voiced by Alan Tudyk!) through his paces.

The game looks great, and while the costumes may not be exactly what you would expect to see in terms of continuity with the comic world, all of them are recognisable, have their own style of fighting, and super-abilities. Now, while I can’t speak to frame rates, and the like, I can say the motion, and controller interaction is fluid and fun.

I never got into the Mortal Kombat series, I didn’t see the appeal, but here the game designers have taken characters I do know, and in some cases care about, and created a story (continuing on from the rather dark events of the first game) which leads to confrontations between heroes and villains across the globe.

And, honestly, it makes sense, even from a comic book point of view. Heroes would often fight one another when they first met for a variety of reasons before agreeing to work together. In this case, there is the back story of the first game, and the arrival of the new threat, Braniac (voiced by legendary Jeffery Combs).

Filled with interactive environments, cool moves, fantastic cinematics and solid game play, I was really surprised at how much I enjoyed playing this one. And the voice talent!

In addition to Tudyk and Combs, Phil LaMarr (Aquaman), Kevin Conroy (Batman), C. Thomas Howell (Captain Cold), Susan Eisenberg (Wonder Woman), Tara Strong (Harley Quinn), Robert Englund (Scarecrow) and George Newbern (Superman) all lend their voices, some of whom have been playing those characters for sometime, which grounds the game in the reality of the pre-existing DCU.

There is downloadable content available, various levels of play – you can play solo, fight a friend, or go online to spar there.

While some of the moves, and moments seem incredibly brutal, you learn to be able to hold your own as you play as your favourite character.

So gear up, load out, and try to put paid to Braniac and the threat he brings to Earth, all while worrying over the threat that Superman and his allies may still present.

Highly enjoyable! If you’re a gamer or a DC fan (or both) you need to check this one out!

Injustice 2 is available now for Xbox One and PS4, there is also a mobile game available as well.

Fight for what you believe, because each battle defines you. 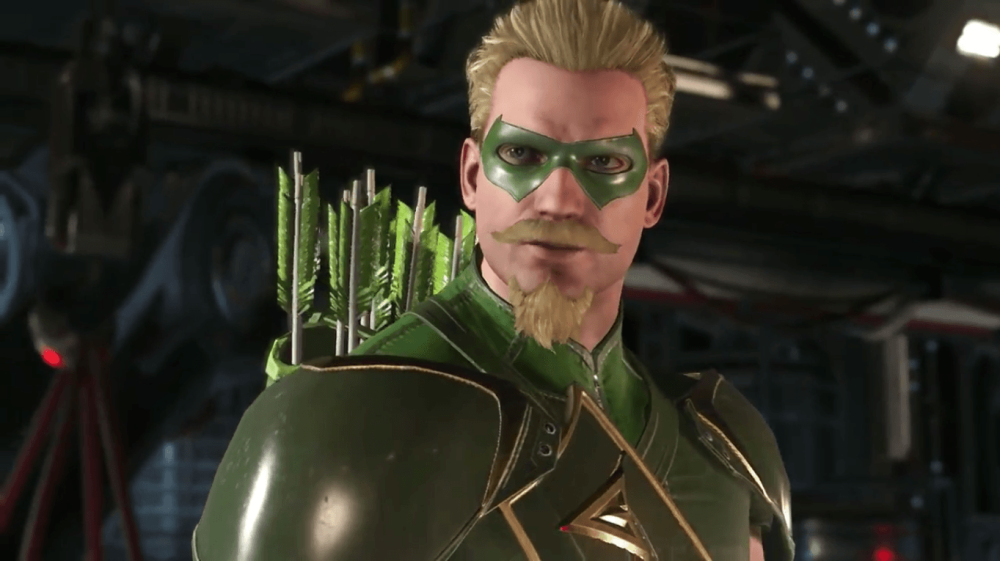