Pierce Brosnan’s second outing as Ian Fleming’s James Bond, 007, is the final recommendation from the Great Movies – 100 Years of Film book following a screening of Goldfinger, and I quite happily make the argument that this may be Brosnan’s best outing in his four Bond films.

From the opening White Knight sequence, to the climax on villain Carver’s (Jonathan Pryce) stealth boat, the entire film seems to work. Sure the opening sequence in Goldeneye has become iconic for its opening stunt, and introduction of Brosnan, but in this effort, he seems more comfortable in the role, much more suited for it than his 1995 debut.

It’s big, brassy, and bold, has some fantastic action beats, a very strong cast  – Brosnan and Pryce are joined by Judi Dench, Michelle Yeoh, series icon Desmond Llewelyn, Vincent Schiavelli, Samantha Bond, Colin Salmon and Teri Hatcher, and all in all feels like a more solid film than Goldeneye, and the two Brosnan instalments that followed it.

The subject matter of the film is still very relevant, perhaps even more so – a media mogul, Elliot Carver to further cement his media organisation’s growing power, and exclusive coverage rights, is working to instigate a war between England and China. He’s creating fake news with actual incidents to push the two countries to the brink.

Bond has a personal connection to Carver, he had a thing with the media monster’s wife, Paris (Hatcher). So he is dispatched by M (Dench) at MI6 to investigate what is really going on, and finds himself pairing up with a Chinese agent, Wai Lin (Yeoh) to keep their two countries from being manipulated into war.

There is a sense of fun woven into the fabric of the film, playful expressions on Bond’s face, innuendo, and a sense of class. Boasting some fun chase sequences, one in a German parking lot, and another across the roofs and streets of Vietnam, this one constantly delights me. 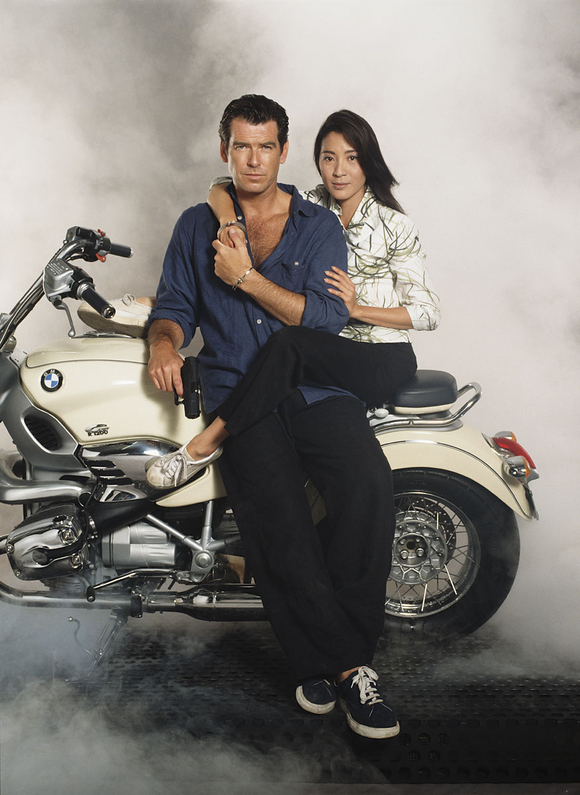 And the music of Bond is properly brought to life for this outing by long time Bond fan, David Arnold, who would stay with the series until Skyfall.

When the gadget comes along, the film is fun, but they aren’t used to excess, and as the series continues, they begin to slowly disappear, grounding themselves in a bit more of reality (not too much though, it is a Bond film after all).

One of the other things I like about the film is that Wai Lin is Bond’s equal, she’s not some ridiculous damsel in distress. She holds her own, and does it just as well as 007 does.

With a title song by Sheryl Crow, this one rocks from the outset, with great set pieces, fantastic locations, gadgets, a beautiful cast, and a fun story (loosely reflective of the world around us). It is almost everything you would want from a Bond film.

It’s too bad his next two films suffered from such terrible story and casting choices. After waiting so long to take over the iconic role, I feel Brosnan got the short end of the stick for his films.

But, James Bond Will Return…