Almost a decade after the Paul McGann television movie, Russell T. Davies brought the series back to life with Christopher Eccleston taking the role of the Doctor, and this time around the new Time Lord is joined by a new Companion, Rose Tyler (Billie Piper).

Davies continued to shift the story focus so that Doctor and Companion shared the spotlight, though more often than not, we were given the narrative through the Companion’s eyes.

The first episode of the new series, Rose, was written by Davies, and aired on 26 March, 2005. The series served to invite old fans back, while introducing the TARDIS and its passengers to a whole new generation of viewers.

With a 50 minute episode length, the series focused mostly on stand alone stories (with a couple of two-parters) with a season long arc.

For this episode, the Doctor, apparently recently regenerated considering how he behaves when he sees his reflection, is tracking a signal, which leads him to shop girl, Rose’s life, her mother, Jackie (Camille Coduri) and Rose’s sometimes boyfriend, Mickey (Noel Clarke).

It seems the Autons (who look like department store mannequins) are back on Earth and are about to attack it.  The Doctor, with Rose now at his side, if she decides to travel with him, tracks down the intelligence controlling the Autons… the Nestene Consciousness.

The series is incredibly fast-paced, frequently funny, and rests easy on Eccleston’s shoulders who can walk the line between playing it serious or hilarious, and makes the outlandish material all the more enjoyable.

It’s fun, isn’t afraid to be dark, and with one fell swoop, revitalised Doctor Who.

Choosing to travel with the Doctor, Rose and the Time Lord head to the day the Earth died. In the far distant year or 5.5/apple/26 (or 5 billion years from now) and the party that the universe’s elite hold to watch it as the sun expands and engulfs it.

Rose meets all manner of aliens including, the Last Human (such as she is), Cassandra (Zoe Wanamaker), sentient trees like Jabe (Yasmin Bannerman), the Moxx of Balhoon (Jimmy Vee) and the Face of Boe. It seems that there is more going on here than a party, and people are turning up dead.

As well as the return of the sonic screwdriver (which actually came back in the movie), we are introduced to the very convenient Psychic Paper, which works as a way to work around issues with security, or anyone who may have a question as to why the Doctor and his Companion are where they are.

As things occur in this episode, Rose actually begins to have a tough time with the concept of Earth being destroyed, not to mention all the aliens she meets in the space of a five minute period. It would be a lot for anyone to handle, and the show takes a moment to actually explore that, and the ideas associated with them.

The series isn’t afraid to be a little spooky, and is not afraid to kill off characters for the story. We also learn how and why every one the Doctor encounters seems to speak English.

The relaunch is off to a great start, and there are so many amazing adventures to come, and they continue next week with The Unquiet Dead and Aliens of London! 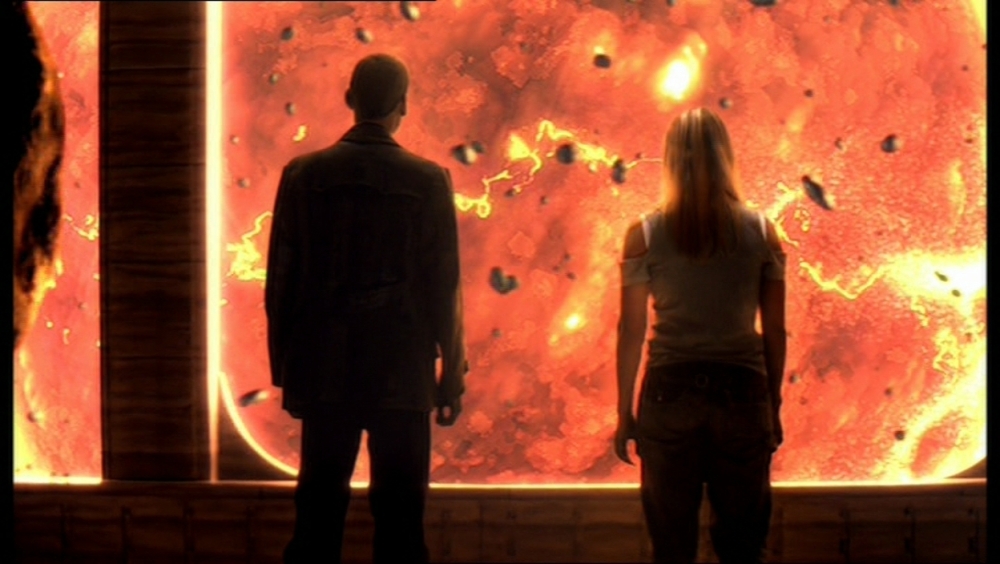