Paramount Pictures continues my guided tour of the Twilight Zone this week as I explore The Complete Series on Blu-Ray.

Rod Serling is back in fine form with the first episode up for review, Judgement Night. With an original airdate of 4 December, 1959, this episode is smart, well-penned, as revelations are made about Carl Lanser (Nehemiah Persoff).

Lanser is aboard the S.S. Queen of Glasglow, crossing the Atlantic during World War II. He is suffering from a serious case of deja vu, though he doesn’t remember anything from before this night, except who he is, and that he was born in Frankfurt.

He warns the captain and crew of a U-Boat attack. It seems he has an uncanny knowledge of their patterns, and attacks, and he is positive that an assault is imminent. But how does he know?

All the pieces are there for the viewer to put together even before the reveal of Lanser’s identity, but watching the tension of the episode build as the attack draws closer, and Lanser’s realisations – this proves itself a well-crafted episode.

I love the concept’s of cosmic justice and karma as they play out for Lanser, and the sheer terror of what this would mean to a person actually experiencing it (over and over).

Watch for an appearance by Patrick Macnee as the first officer.

And surprisingly, this is the first episode not to have any extras on it all. That’s fine, because the rest of the episodes seem to have tons of them! 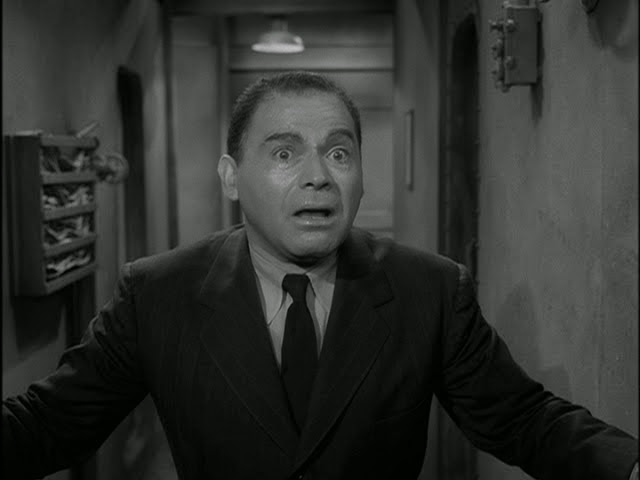 And When the Sky Was Opened aired on 11 December, 1959. Serling penned the script based on a short story by Richard Matheson.

An experimental rocket, the X-20, disappeared briefly from radar and when the ship reappeared it’s sequestered when it lands, and the trio of astronauts, including Lt. Col. Clegg Forbes (Rod Taylor) are hospitalised and investigated.

Forbes is the first to be released, but when he comes back to check in with one of his fellows, Major William Gart (Jim Hutton), he’s told that it was only the two of them on the ship.

There was no third man.

We learn through a flashback with Clegg that there was in fact a third man, Col. Ed Harrington (Charles Aidman). As Clegg watched, while they were in a bar, celebrating their safe return to Earth, Harrington disappears from existence.

As Clegg starts to question his own sanity, to say nothing of his reality, the viewer is pulled along for the ride, and it’s a good one! I love how this story plays out, and the revelations that happen one upon the other.

This one is really unnerving, and I can imagine when it first aired, must have scared the pants off some of the younger viewers. It really is rather spooky.

This is a fantastic episode, and it still gets you!!

This episodes extras include a commentary by Rod Taylor, an interview with the episode’s director, Douglas Heyes from 1978, a Serling lecture from 1975, and an isolated score by Leonard Rosenman.

What You Need was penned by Serling from a short story by Henry Kuttner and C.L. Moore. It aired on 25 December, 1959 – so apparently, The Twilight Zone was open for Christmas.

The story follows an elderly man, Pedott (Ernest Truex), who as a peddler, has a special ability of selling someone exactly what they will need in short order. After a purchase saves his life, a small time crook, Renard (Steve Cochran) tries to find a way to capitalise on Pedott’s uncanny talent.

Unfortunately for Renard, his greed is going to lead him to serious problems, even as Pedott advises what he really needs from life. It seems fate will find a way, and Pedott will be there to supply those he encounters with what they need.

This is a solid story, not as strong as the previous episodes, but still highly entertaining, and loved the ending. There’s a bit of whimsy to this episode that gets lost a bit on the darker aspects of the story, but it’s there.

The extras on this episode feature an isolated music score by Van Cleave and an episode of the series Tales of Tomorrow which aired in 1952, and was based on the same story, a very nice addition to the set.

Until next time when I continue my exploration of The Complete Series on Bly-Ray (from Paramount Pictures), watch out for those ironic twists, and beware the dark corners of the mind, because you may have stepped into The Twilight Zone. 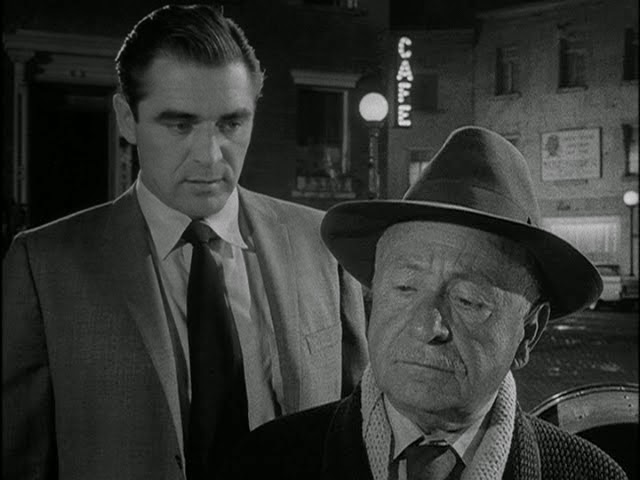