The interpretation of words.

How we communicate both person to person, and mass media.

The very perception of our existence.

These are all at work in Canadian director Villeneuve’s latest film. A hard science fiction tale that eschews lasers and space battles for deeper concepts like the way we interact and understand one another.

When 12 vessels appear in random places over the surface of the Earth, Dr. Louise Banks (Amy Adams), one of America’s foremost linguists is brought in by Colonel Weber (Forest Whitaker), alongside theoretical physicist Ian Donnelly (Jeremy Renner) in an attempt to find a way to communicate with the aliens.

Tackling the idea of language, both spoken and written, the team, venturing inside the craft every 18 hours, attempts to find a way to interact, to understand one another. As Banks tries to find a way in, an interesting recurring motif makes its first easily perceived appearance in the film, (though on further examination, it’s there the entire time) that of the circle.

From the beautiful sentences the aliens, known as hectapods, form, to the way the film is shot (recalling previous shots), names, moments, the film is filled with circles, and they serve as a commentary on nature, and existence.

The film, like the best science fiction poses some thought provoking questions about the choices we make; how we choose to live our lives; how do we find common ground with an alien species when we can’t even make the common ground between our own species meet?

The visual effects of the film are completely mind-blowing in their grounding in reality. Villeneuve makes sure that the ship has a tactile existence to it (the characters can touch and interact with it) and the hectapods themselves are stunning creatures, hinting at a familiarity with aquatic beings, and yet incredibly alien at the same time.

Villeneuve knows how to make you feel – whether heartbreak, or oppression (the shots of the shells, as they are referred to, hanging over the ground, covering, dominating, the top part of the screen actually made me clench my armrest), fear and the wonder of discovery; they all play out in this film, a symphony of what it is to be human, as defined by our choices and actions.

Adams performance is commendably restrained; a film that deals with this manner of subject matter could easily have skewed towards melodrama, but with tone perfect performances (I was delighted to see our friend Mark O’Brien in the cast), a strong directorial vision, and a script by Eric Heisserer based on the story by Ted Chiang this may, in fact, be one of the best, and true science fiction film of the past decades.

This film easily finds its way on to my Best of 2016 list. A film that can entertain while also promoting thoughtful discussion and introspection – this one is gonna be one to see, talk about, and remember. 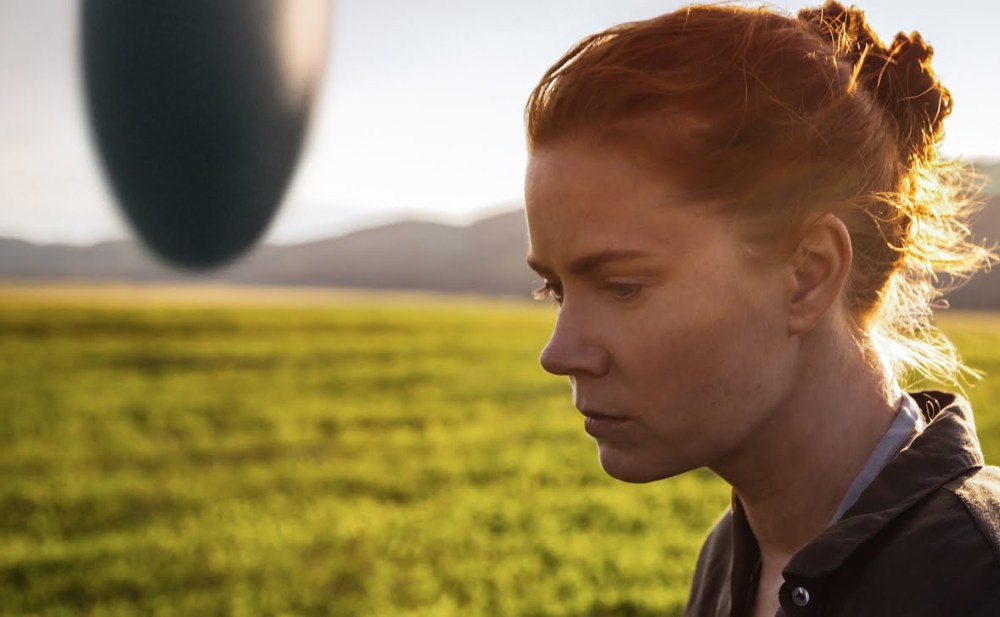