Sam (Scott Bakula) is fashion photographer Karl Granson in One Strobe Over the Line. This episode was penned by Chris Ruppenthal and aired on 19 October, 1990.

It’s 15 June, 1965, and Sam is there to make sure that an up and coming model, Edie Landsdale (Marjorie Monaghan) doesn’t die of an overdose. In the original history, her aggressive agent, Helen La Baron (Susan Anton) keeps the young model in pills, ‘just to get her through the day.’ But Al (Dean Stockwell) warns Sam that Helen pushes her too far, and that Edie’s true dream, of making a little money to finance her schooling to be a vet is in jeopardy.

While trying to fix things, Al seems to have a bit of a good time living vicariously through Sam

While the story is very much the Don’t Do Drugs kind of story that filled a number of the shows in the late 80s early 90s, with Sam and Al playing photographers, it actually ends up being a lot of fun.

In fact Sam seems to be having as much fun with taking pictures as T.C. (Roger E. Mosley) did in Magnum, p.i. when he found himself in a similar situation.

Helen causes problems not only with Edie, but with Sam, or rather Karl, as the two were having an affair, and she thinks she’s being shifted aside for Edie.

Sam and Al do their best to keep Edie clean, helping her go cold turkey, but is it too late, is the young model on a path to destruction and throwing away her life? 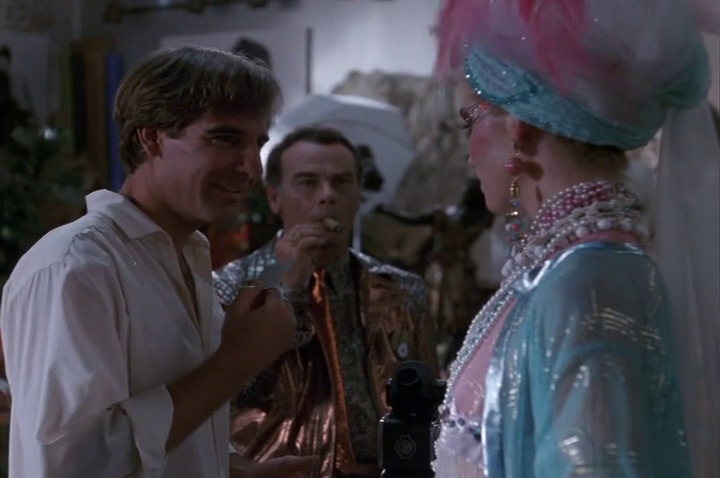 The Boogieman is up next, airing on 26 October, 1990 and penned by Ruppenthal (who plays Sam’s mirror image in this episode) again, this one messed with me a little towards the end, and truly frightened me when someone you trust isn’t who they thought they are and are intentionally trying to do you harm. When that reveal happens in this episode, it freaks me out each and every time.

This is their Halloween episode, Sam finds himself leaping into Joshua Rey, a second-rate horror novelist, on 31 October, 1964. He brushes with history in the form of a young Stephen King, as he finds himself in a horror story all his own, while getting a spooky looking house ready for a Halloween party.

Al advises him that his leap has something to do with Joshua’s fiancee, Mary (Valerie Mahaffey), and before Sam can figure out what is going on, the bodies begin to pile up.

And despite the reveal at the climax of the story, Al does have the new gummi bear hand link that he uses for the rest of the series. So it raises more questions about the reality of this story… 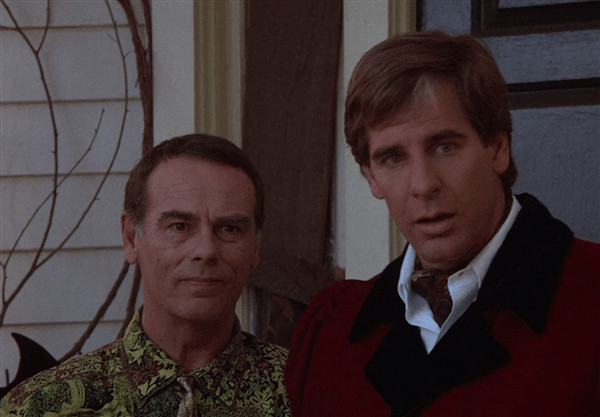