Two planets become involved in the plans of the villainous Borad (Robert Ashby) in the Doctor’s (Baker) latest adventure. Penned by Glen McCoy this two parter aired from 9 to 16 March, 1985, and saw the Doctor and Peri (Nicola Bryant) working with a famous author, a fun little reveal that doesn’t happen until the end of the story, simply referring to him before hand as Herbert (David Chandler).

The tale opens with Peri wanting a bit of a getaway, something a little less adventurous than usual, and the Doctor goes from suggesting a holiday to threatening to take her home. Before anything can really be settled the TARDIS gets pulled into a spatial tunnel that lands them promptly on the planet Karfel.

Well, not promptly, here’s one of my issues on this story, once again, it takes the Doctor way too long to be involved with the story. I get that they want to set up the world, and the characters, but its not their story that viewers want, it’s the Doctor and his Companion.

Upon their arrival, they get pulled into the story, and the Doctor is asked to seek out an amulet. Peri, meanwhile, manages to get into all manner of trouble pursued by baddies and wandering tunnels before confronting a monster! I will go on record that I do like her new outfit.

To keep the people in line, the Borad sentences the planet’s rebels to the timelash, which catapults people to distant planets, and times, in this case, Earth in 1885. The Doctor ends up in Scotland, and quickly allies himself with Herbert, who we learn is a bit of a spiritualist. And by ally himself, I mean sneak aboard the TARDIS.

We learn that the Doctor has visited the planet before, in an off-screen adventure in a previous regeneration.

With Herbert and the amulet in tow, the Doctor returns to Karfel, but Peri’s fate is still unknown, and the Borad, now that the amulet is recovered, wants the Doctor dispatched.

The Doctor and his allies outwith the Borad’s men who have their own power plays and political machinations at work.

I’ll be honest, as much as I am starting to really enjoy Baker’s performance of the Doctor, I am beginning to lament the stories he’s made to deal with. He’s fun, Peri is finally starting to come into her own, and both of their performances are definitely more enjoyable than the subject matter their characters are trapped in.

Before the story comes to a close, the Doctor puts paid to the Borad, stops an impending war, and Herbert proves himself a worthy companion, but all of it could have been so much better.

Next time we come to the end of the 22nd season with Revelation of the Daleks! 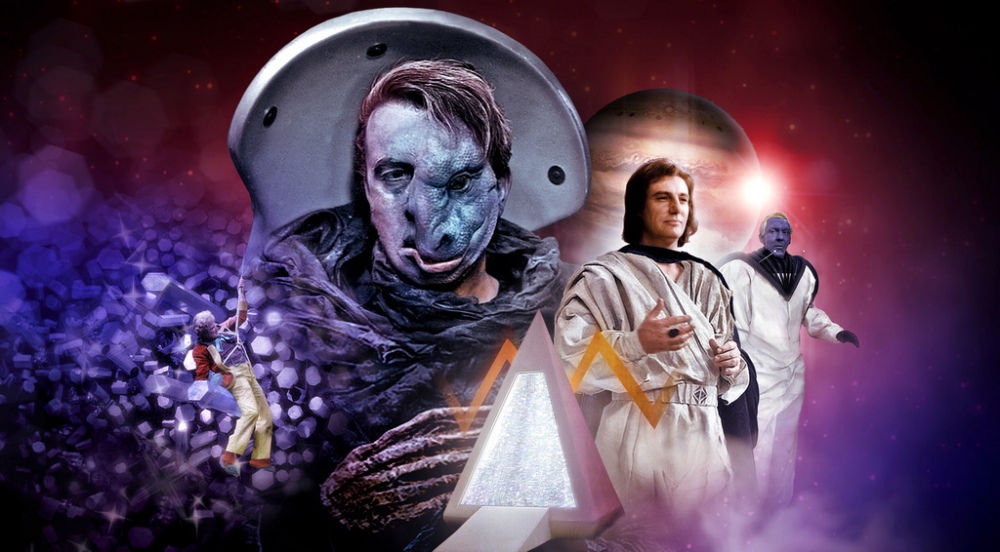