Star Trek has been a part of my life for a long time, wait until you see the posts that are coming up next Wednesday if you don’t believe me! The iconic series has transcended geekdom and become a mainstream touchstone, even those who have never seen the show are aware of it, and know some of the legendary lines.

Trek is celebrating its 50th Anniversary this year. The first episode, The Man Trap aired on 8 September, 1966 and the world was changed, and influenced by it through the decades, whether through inventions, fans pursuing careers in the sciences, or by inspiring and entertaining generations.

The TIFF Bell Lightbox, here in Toronto will be my Starbase for the next couple of months because they are helping in the celebrations with screenings of all the films, from 1979’s The Motion Picture all the way through to this year’s Beyond. There will be talks, fundraisers, and classic episodes on the big screen.

It’s going to be amazing, and tonight, I will boldly go…

For the first time since 1979, I will be seeing Star Trek: The Motion Picture on the big screen, this remains one of my favourite big screen adventures, and tonight it will be introduced by special effects genius, and director in his own right (Silent Running is an amazing film, and is screening tomorrow night), Douglas Trumbull (who is giving a lecture tomorrow as well!), who created and oversaw some of the amazing work on display in this film. It’s beautiful thing to see.

The stirring score by Jerry Goldsmith, the beautiful model work, the uniforms, the cast on the big screen… I mean in no other film do we take the time to watch a single sequence of a camera moving around a model of a starship, it’s a five minute sequence that doesn’t advance the plot simply takes the time to explore the Enterprise in a cinematic format.

I cannot wait to settle into my chair this evening, wait for the theatre to darken and sink into that beautiful overture before reuniting with old friends as we explore a mysterious cloud, and the strange intelligence, V’Ger, at its center.

The Lightbox has all manner of treats like this planned over the next few months, ending December 30. There is something there for every fan, Original Series, Next Generation, and the Kelvin timeline. Check out all the screenings, lectures (I so hope to get to some of these!!) and a wonderful supplemental programme of classic science fiction films.

Check it out here, and go boldly!

The Human Adventure is just beginning… 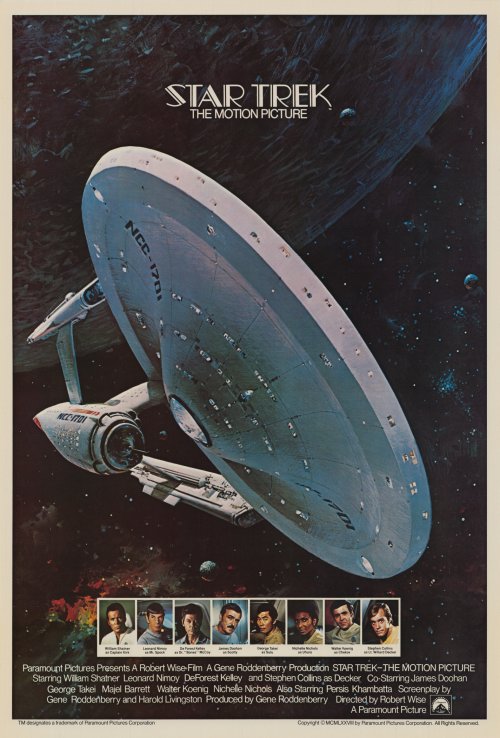