The Master (Anthony Ainley) returns, a companion (or two) leaves the TARDIS and a new companion joins the Doctor (Peter Davison) as we dive into this four part story written by Peter Grimwade.

Planet of Fire originally ran from 23 February to 2 March, 1984, and finds the Master able to reconnect, psychically, with his aide, Kamelion, aboard the Doctor’s TARDIS. He plans to use Kamelion to hijack the TARDIS to Sarn, where the evil Time Lord will be restored by the healing gases of Numismaton.

Peri (Nicola Bryant) is in Greece , while her stepfather (Dallas Adams) works as an archaeologist, who finds a strange device with an odd symbol on it, one that recurs on the planet of Sarn. The young American (Bryant is actually English, but takes on an American accent in an attempt to find a wider audience for the show State-side)  finds herself caught up in the adventure alongside the Doctor and Turlough (Mark Strickson), when they arrive in Greece as well – some very nice location shots fill out the episode.

We get a bit of a backstory of Turlough’s home planet, Trion, which seems a little too late, as the young man leaves the TARDIS by the end of the story, and Kamelion, well, since he hasn’t made an appearance since his introduction, he really won’t be missed.

Peri could be a welcome addition to the TARDIS, though her accent and voice can be a little annoying, she’s fun and vivacious, and actually seems to be enjoying herself on occasion. 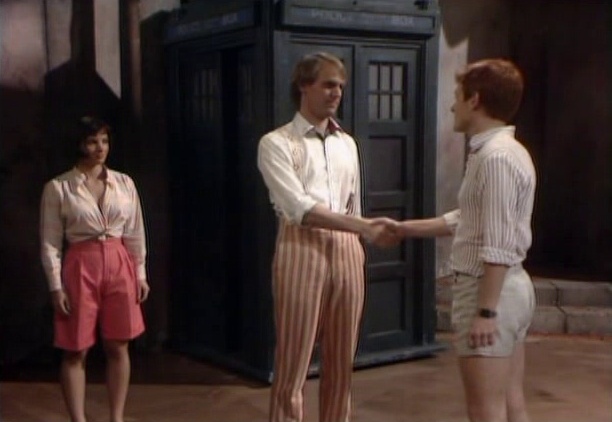 Turlough gets a chance to take center stage, as they investigate the Trion encampment on Sarn, and there is the possibility that his father may have a connection. In fact, the more we learn the more we realize that Turlough and his family weren’t such good people, being political enemies, and consequently criminals of their people.

Meanwhile, the Master, using the robotic Kamelion, is stalking Peri across the planet’s surface, in an attempt to get the Trion device from her.

The Doctor is intent on getting the people of Trion off the planet, as it seems a volcanic eruption may be imminent, but the arrival of the Master in the encampment complicates matters.

The Master seems to get the upper hand on a regular basis this story, and wants to use the gas to facilitate a rebirth, regaining his energy, and becoming more powerful, and the Doctor needs to find a way to stop him.

Peri is privy to a fun reveal at the end of the third episode, demonstrating why the Master truly needs the gases… In fact, she seems to be able to hold her own against the Master for quite some time, at least until the Doctor gets a chance to wrap up everything nicely, and possibly put an end to the Master (?).

Next time around, we bid adieu to this regeneration of the Doctor in The Caves of Androzani. 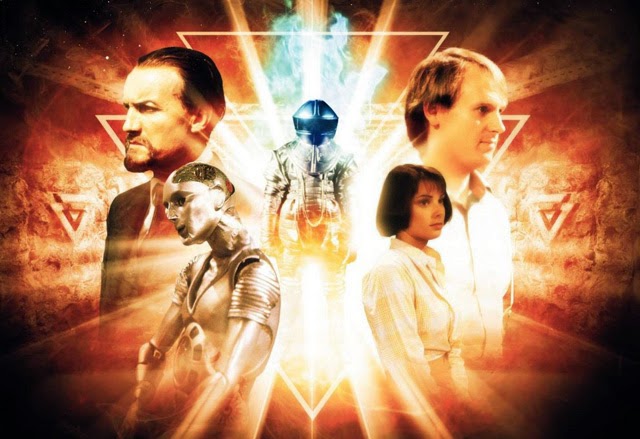