Releasing the same year as Michael Bay’s big budget, small story, extravaganza, Armageddon, Deep Impact got a little lost in the rubble. But with Steven Spielberg’s name attached to it as executive producer, it’s my next stop on the Sci-Fi Chronicles.

Eschewing the flash-bang, style over substance, popcorn nature of Bay’s film, Deep Impact, ably directed by Leder plays more as a human drama, and a modern update on the disaster film of the 70s, re-calibrated for a global scale.

The special effects are well-crafted in a film that doesn’t believe in small parts, there are seemingly countless names and faces to be recognized everywhere along the way, as reporter, Jenny Lerner( Tea Leoni) finds herself on the trail of a story that is bigger than she can imagine. She thinks someone high up in the White House may be having an affair with a woman named, Ele.

She is quickly corrected on her story, when it’s revealed that it’s not Ele, but E.L.E. – Extinction Level Event. It seems a comet, some seven miles wide, is on a direct intercept heading with Earth, and there may be nothing we can do to stop it.

Against the backdrop of a NASA mission to blow apart the comet, aboard a ship christened Messiah, Robert Duvall, Ron Eldard, Jon Favreau, Mary McCormack and Blair Underwood are astronauts who hope to blow the comet apart.

On Earth, Jenny interacts with the President (Morgan Freeman) while dealing with her own family fallout, rebuffing her father (Maximilian Schell) and supporting her mother (Vanessa Redgrave).

Young Leo (Elijah Wood), who was involved in the discovery of the comet, learns he’s been chosen to be tucked away, safe underground, should the comet strike the Earth, but can he bear to be separated from his girlfriend, Sarah (Leelee Sobieski).

There are heroes, failures, losses, sacrifices, and facing the seemingly inevitable with dignity, but also hope. Humanity, in this story, survives, even when we are faced with extinction, sacrifices are made for the best, personal faults and problems are set aside when the moment comes nigh, as we, for a moment, glimpse what it could be like to work together as a species, instead of for individual good.

I don’t have enough faith in humanity that it would actually play out that way, especially in the last quarter of the film. It’s as if the film could show us how we could or should be, instead of letting our petty differences, greed, and inclinations toward violence to take precedence.

I hadn’t seen this one since it came out, in fact, Armageddon has overshadowed it for far too long. In the end, I think this is the stronger of the two films, with a sweeping cast of characters, and some very well-crafted moments. Seeing the destruction the impact causes, is, if you can let yourself really think about it, and buy into the film, truly terrifying.

But through it all, hope survives. 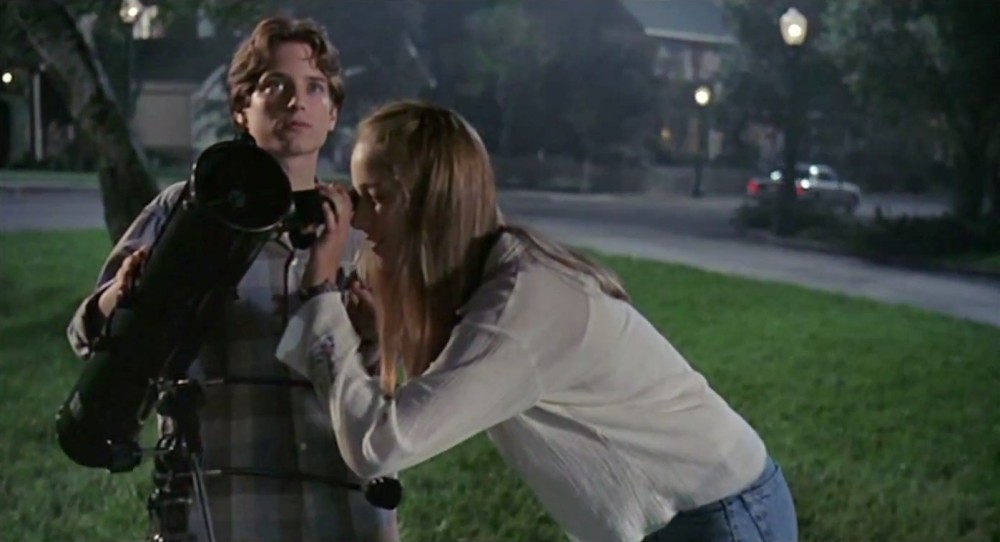