Horror strikes in Gotham when it seems the Man-Bat (Marc Singer) aka Kirk Langstrom returns in Terror in the Sky. The Dark Knight (Kevin Conroy) investigates, but what if this new winged menace isn’t the Man-Bat, but is something else?

Originally airing on 12 November, 1992, the mystery expanded when Bats became convinced that Langstrom wasn’t at fault this time around and someone else was behind the winged attacks.

Meanwhile Kirk is having problems with his relationship with his wife Francine (Meredith MacRae) when he thinks he’s transforming to the Bat again. It seems, however, that his wife has now unknowingly take the serum ‘perfected’ by her father, Dr. March (Rene Auberjonois). It takes such a cost on the marriage, that Francine leaves Kirk, not realizing that she is the one menacing the city. Langstom descends into self-doubt and pity, and furious at Batman for not stopping his transformations.

Francine is unaware of her transformations and as Kirk catches up to her as she tries to flee Gotham, things get dangerous when she changes on a commercial airliner. Will Kirk and Batman be able to save the flight and Francine? Will the Langstrom/March curse finally be put to an end?

We get a look at winter in Gotham, and Batman whipping around the streets on his Bat-Cycle, and the Bat-Helmet that goes with it – safety comes first after all.

I love that this story revisits characters previously introduced in the series, the show, as a whole does have a nice sense of continuity to it. I also enjoyed that this one was set in winter, leading us right into the next episode…

Christmas With The Joker aired on the 13th of November, 1992 and sees the Clown Prince (Mark Hamill – still the best Joker ever) pirates a television broadcast to share his own demented Christmas special, which sees Commissioner Gordon (Bob Hastings), Bullock (Robert Costanzo) and Summer Gleeson (Mari Devon) being held hostage with their lives in the balance if Batman and Robin (Loren Lester) don’t deactivate the traps and bombs the Joker has planted all over Gotham.

It also has a great moment with the Joker singing the Batman version of Jingle Bells that kids have been singing since I was a kid, as he escapes from Arkham, yet again.

All Dick wants to do is kick back have a holiday dinner and watch It’s A Wonderful Life, but Bruce insists on patrolling Gotham, worried that the Joker is up to no good, and finds that most Gothamites are actually caught up in the Christmas spirit and being kind to one another.

So as Bruce and Dick enjoy a meal served by Alfred (this time played by Clive Revill) and then the movie, the Joker strikes, taking over the airwaves, and plunging the dynamic duo into holiday mayhem.

Filled with great gags, both dialogue and visual, this episode is tons of fun, embracing not only its sense of humor, but the Christmas Spirit, while still being truthful to the universe in which the series is set.

But will Batman and Robin stop the Joker in time? Will it be a white Christmas? Will there be a happy ending? Will Bruce ever watch It’s a Wonderful Life? 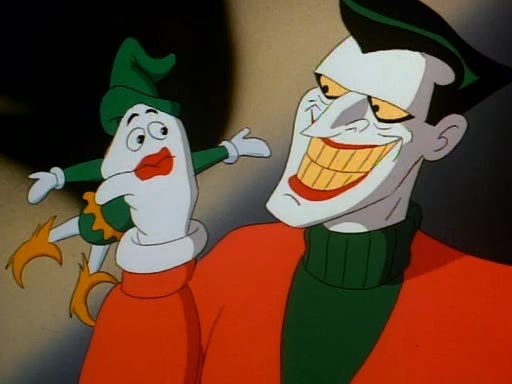 The final episode this week is Heart of Steel: Part I, which aired 16 November, 1992. This one sets up for a two-parter that sees a super-intelligent robot, disguised as a briefcase, stealing computer technology from Wayne Enterprises (which apparently has some secret panels and passageways for Bruce to make use of, if he ever needs a quick change).

The tech that was stolen includes wetware for A.I. and Batman discovers that the robot is controlled by a computer known as H.A.R.D.A.C. (Jeff Bennett) who has plans to replace humanity, one by one, with androids, and that it came from Wayne Enterprise’s only competition in the area, a company called Cybertron (a nod to Transformers) and run by Dr. Karl Rossum (William Sanderson – a wonderful bit of casting considering his role in Blade Runner), who has become a bit of a recluse since the death of his daughter – see where this is going?

Barbara (Melissa Gilbert) shows up, reminding us in the know that somewhere in the near future, she’ll be donning a cowl soon; Lucius Fox (Brock Peters) makes an appearance as well. But we don’t get a lot of time with either of them before H.A.R.D.A.C. starts making its move on Gotham, starting with a replicant of Jim Gordon!

Bruce intends to get some info about Rossum out of his assistant Randa Duane (Leslie Easterbrook), but she may have plans of her own, or rather of H.A.R.D.A.C.’s as well as a shocking secret of her own, and as we race to a cliffhanger ending, she may have just discovered Bruce Wayne’s secret, and turned the elements of the Bat-Cave against him!

Tune in for the conclusion  next week, same Bat-Time, same Bat-Channel! 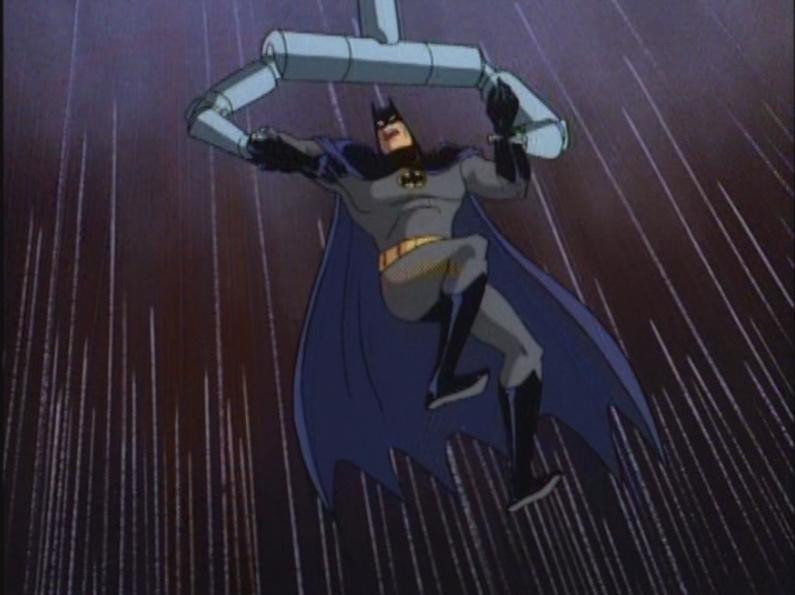