This week’s visit to Gotham sees three episodes that aired on the 3rd, 4th and 5th of November, 1992, respectively.

Up first is Dreams in Darkness. The Dark Knight, Batman (Kevin Conroy) finds himself a prisoner of Arkham Asylum (though they respect his need for a secret identity), when he is infected with Scarecrow’s (Henry Polic II) fear toxin.

It’s interesting that the Joker makes a brief appearance in the episode, but is not voiced by Mark Hamill this time around, but instead by Loren Lester, who also voices Dick Grayson/Robin.

For the first time, we get a voice-over by Batman as we are given a look back onto the events that led to the Caped Crusader ending up in the most infamous of fictional asylums. It seems Scarecrow is contaminating the water of Gotham, and oxidizing it into a gas… which sounds familiar, given the plot of Batman Begins… But with Bats suffering from his exposure to the gas, the story goes in a different direction trapping him in Arkham, as he tries to convince the doctors of the danger, and find a way out, while he deals with visions of his parents (a well put together and dramatic sequence), and threats to the city. 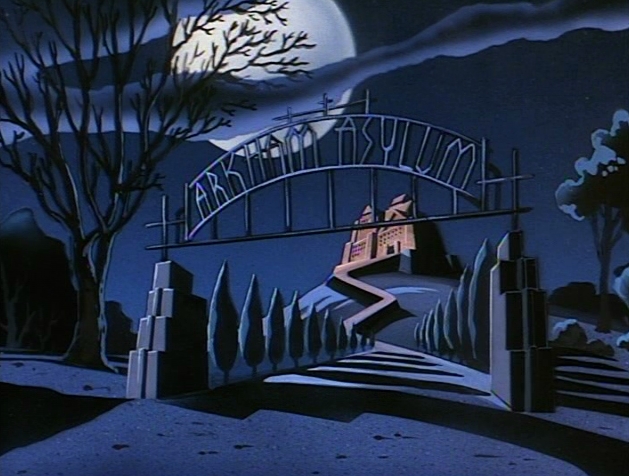 Beware the Gray Ghost is a fantastic episode. A washed up television star, from a classic superhero series from Bruce Wayne’s youth may be the connection in a series of bombings that are similar to ones the Shadow-inspired hero faced on the show.

Simon Trent, the actor who played the Gray Ghost, is portrayed by a familiar voice, Batman himself, Adam West, while the Mad Bomber is voiced by Bruce Timm (and designed to look a bit like him as well). Trent is living in poverty and obscurity, typecast out of the business, and this showcases some very poignant moments for the character and the series.

Intercutting Batman’s own actions with the Gray Ghost episode not only shows the similarities in the story, but also how the character influenced Bruce as a child, and still guides him today.

Bruce tries to hunt down any connection he can to the original series, including Trent, and the two end up working together to put a stop to the Mad Bomber.

This is a great episode, one of the best of the series, in my opinion, and of course, gently touches on actors being typecast to roles, and having that follow them for the rest of their lives, despite knowing they can do more.

I love that West did this episode!

Cat Scratch Fever rounds out the trio of episodes this week. After the two previous episodes it’s really easy to be unimpressed with this one. There’s a different animation studio doing come decidedly subpar work on this one, and apparently, this one cost them the job. Even the story isn’t as strong as the episodes that preceded it.

Selina Kyle (Adrienne Barbeau) aka Catwoman is prowling Gotham in search of her cat, Isis, but soon discovers a plot, involving  infecting the strays of the city with a contagious toxin, by mob boss Roland Daggett (Ed Asner) that threatens the city. Batman and she must join forces to put a stop to it.

Seeing as we just had an episode where a major character was infected with a toxin, this one felt like it came along a little too quick (honestly I think if this story had been tied in with the Scarecrow story, and had Catwoman trying to help save Gotham while Bats was in Arkham, it could have been a great story for both characters. 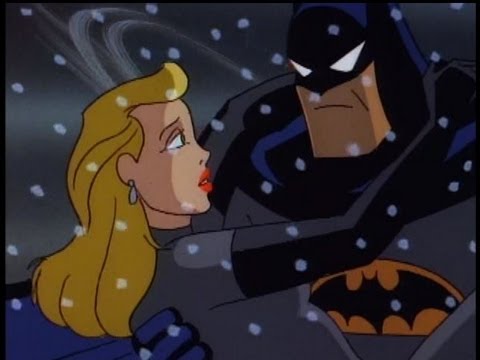