Michael J. Fox, Disney and Joss Whedon, sounds good to me! The next film in the Sci-Fi Chronicles book for me to take a look at is this animated film that saw Joss being one of the writers who contributed to the story that tells what happened to the original inhabitants of Atlantis, and their advanced technology and how it was found by Milos James Thatch (Fox).

This one has a very Jules Verne feel to it, intentional no doubt, and has a sense of fun and adventure. Thatch is a cartographer with a specialty in linguistics, and he is obsessed with the idea of finding Atlantis, and its mystical power source. Working from a journal known as The Shepherd’s Journal, Thatch is recruited by a collection of adventurers to find it. Taking its cues from previous epic adaptations, the film embraces a steampunk nature, and its exploratory nature. It’s a good, fun adventure.

The team is led by Commander Lyle Tiberius Rourke (James Garner), Helga Sinclair (Claudia Christian), Preston B. Whitmore (John Mahoney), who is financing the entire voyage, and Dr. Joshua Strongbear Sweet (Phil Morris) amongst others. And they set out on a submarine, the Ulysses, that owes a great deal to the Disney version of the Nautilus.

Leonard Nimoy, David Odgen Stiers, Jim Varney and Corey Burton help round out the cast in this big, fun adventure.

Fox’s voice is perfectly suited to the animated world, and he brings Thatch to life with a lot of energy as he is plunged into the adventure of his dreams. They encounter the legendary Levithan, and survivors of Atlantis, including Princess Kida (Cree Summer).

But as always, things aren’t all that they seem, and the explorers bring their own monsters with them, as some within the expedition are working for something more than the simple adventure and discovery. They are there to steal the power source, and Atlanteans will not stand in their way.

The Atlanteans have their own problems, the city is dying, the power is diminishing, and the King (Nimoy) and his daughter Kida do not see eye to eye on how to deal with the explorers or their own people.

Thatch will have to dig into his core, to discover his inner hero, and decide whose side he will fight on.

I love the animation style at work in the film, and Disney, as always, brings wonderful designs, a fun story and a fantastic voice cast. As a movie, it has more in common with the adventure films of yesteryear than the more recent animated films Disney has released.

It’s easy to see why this one didn’t catch on with audiences at the time, it is a bit of a throwback, but I’ll be honest, watching it for the first time since it came out in 2001, I loved it. I miss classic adventure stories, in the Verne vein, and this one definitely fills that need. 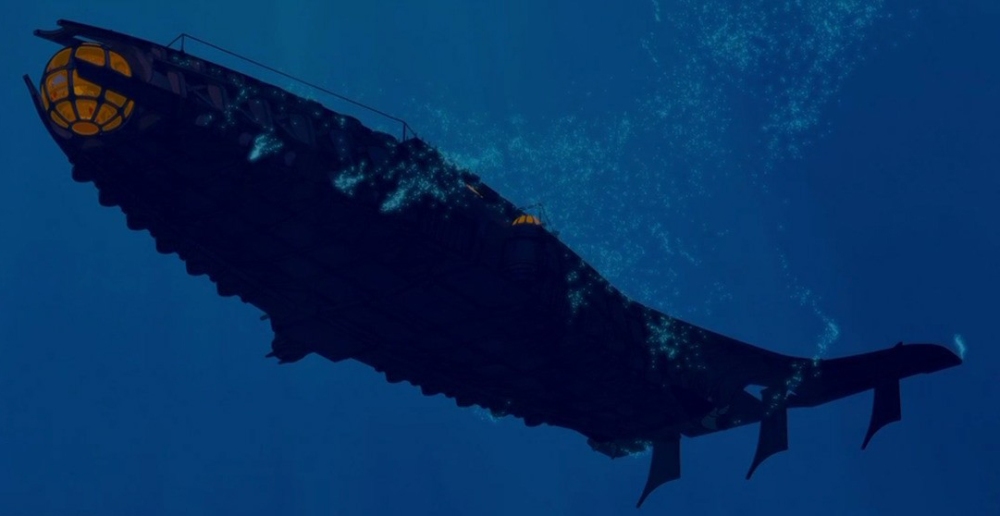