The next tale from the Sci-Fi Chronicles book that Joss Whedon had his hand in was this animated feature that featured the voice talents of Matt Damon, Drew Barrymore, Bill Pullman, Nathan Lane, Janeane Garofalo, John Leguizamo, and Tone Loc.

Humanity is struggling to survive in a galaxy that has seen the destruction of the Earth. Cale Tucker (Damon) learns that he must find a hidden starship, that his father helped create, before a vicious alien species, the Drej, finds it and wipes out the scattered remnants of mankind.

With a map left to him by his father (Ron Perlman), Cale joins up with Captain Korso (Pullman), the lovely Akima (Barrymore), and the aliens, Preed (Lane), Stith (Garofalo) and Gune (Leguizamo) to find the last ship in the Titan project, that if discovered could unite all of humanity and bring them back from the brink of extinction.

It actually ends up being a fairly solid, quest film, that deals with violence and themes in a fairly gown-up way. The only thing I don’t care for is the cutesy designs for some of the aliens. The animators and designers seemed so intent on making the humans fairly realistic, it’s too bad they didn’t do the same for the alien species.

The film combines practical animation and computer generated images, making for what, at the time, was a new and singular experience. It looks great, the ship designs, planets and starscapes are all fantastic, it just those cute looking aliens… 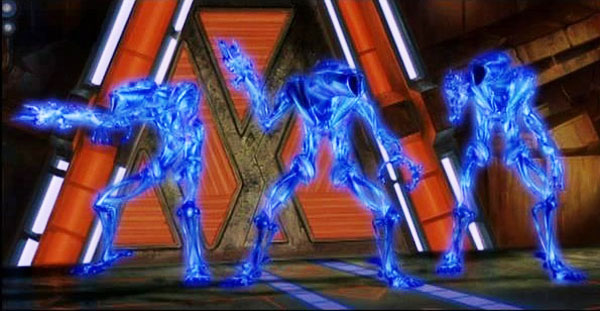 The Drej are violent, and single-minded in their purpose, and they aren’t afraid of killing whomever gets in the way, and the filmmakers don’t shy away from showing it on screen either. Again, making this one of the more adult entries in Bluth’s oeuvre.

The voice performances are solid, and give some of the characters some much needed depth, as most of them tend to be one note science fiction tropes, I’m sure some of Joss’ dialogue helped flesh the out as well. But there are secrets and revelations that put Akima and Cale at odds with the entire galaxy.

As a side note, watch for an appearance by the Death Star when Cale and company arrive at a Drifter colony.

The wonderful thing about animated science fiction films is that it lends itself a little more to unusual environments and creature designs, I’d love to see some more of them, and it’s also why I can often lose myself in some classic anime as well.

Still, for what it is, this adventure ends up being pretty enjoyable, and it’s easy for young at heart viewers to put themselves in Cale’s shoes and see the potential not only for humanity, but the inviting expanse of the galaxy, beckoning us on to adventure.

This is one of those films that may have gotten lost in the shuffle of films that have been released over the years, but I was very glad to re-discover it. 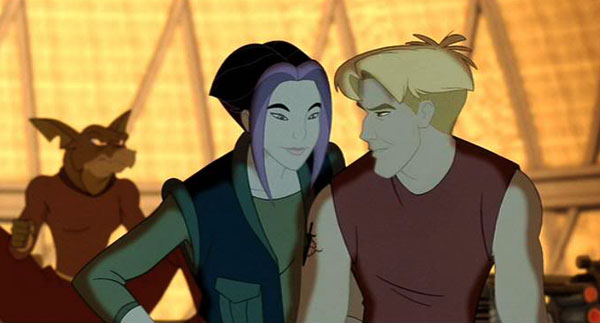