Time to check in with Gotham, and the Dark Knight (Kevin Conroy) with this installment of Batman: The Animated Series. These three episodes aired 11, 12 & 14 of September, 1992.

First up is Joker’s Favor that sees Mark Hamill join the cast as the Joker. During a car chase, an average joe, Charles Michael Collins (Ed Begley Jr.) who thought he was having a bad day discovers that it can get a lot worse. When he cusses out the Joker, the Clown Prince follows him and while Collins is pleading for his life saying he’ll do anything if the Joker will only spare him,  an accord is reached.

Meanwhile Commissioner Gordon (Bob Hastings) is getting ready to be honored for his service to the city, and everyone, who is anyone will be there. This is a prime opportunity for the Joker, so he plans an attack, and prepares to call in the favor…

Can Collins find a way to signal Batman before everyone at the gala suffers at the hand of the Joker? And will he have enough nerve to stand up to the Joker himself?

This is a great episode, and important, because it introduces a character that was created specifically for the episode who became so popular that they have been welcomed into DC canon, and has become insanely popular… the character of Harley Quinn (Arleen Sorkin). 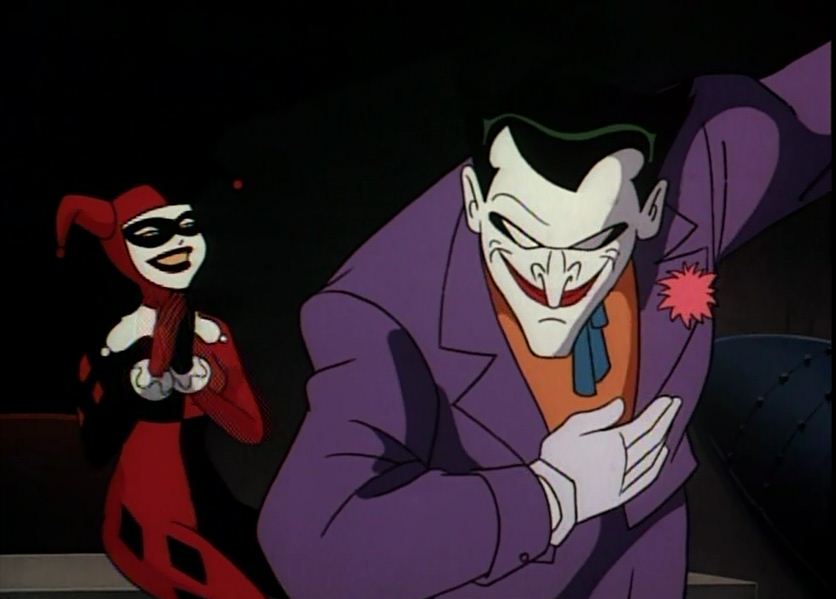 In The Cat and The Claw Part II, we discover that Bruce (also Conroy) and Selina (Adrienne Barbeau) are getting ready to try for date number two, but they are interrupted by an attempt on Selina’s life by thugs of the Red Claw (Kate Mulgrew).

As Bruce tries to puzzle out what is going on, he, with Alfred’s (Efrem Zimbalist Jr.) assistance, piece together that Selina and the Catwoman are the same person, and that he must catch up to her before she goes into the Multigon site that is serving as the Red Claw’s hideout.

It seems the Red Claw is planning on holding the entire city hostage for one billion dollars. If the city doesn’t pay, she’ll release a plague virus she has stolen from an Army train. Time is running out, but even if they are working together, can Batman and Catwoman escape the Red Claw’s talons and stop the plague from being unleashed?

And when the Red Claw is vanquished, what will happen between Batman/Bruce and Catwoman/Selina, they both seem to know how they feel about one another, but will affection and desire outweigh the need for justice? 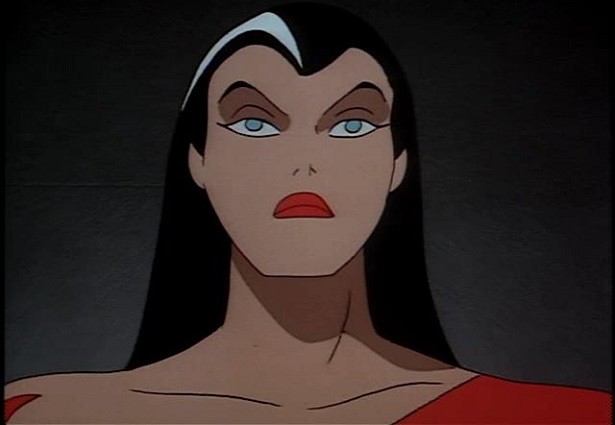 The final episode this week is Pretty Poison that sees District Attorney, Harvey Dent (Richard Moll) falling for the wrong girl and almost dying because of it!

Bruce is eager to meet Harvey’s new girl, Dr. Pamela Isley (Diane Pershing), and he’s amazed to hear that Harvey is ready to tie the knot with her. When she leaves the two men to talk the night away, she gives Harvey a kiss… that poisons him.

It seems Isley aka Poison Ivy, has a plan of revenge to execute. Harvey was one of the men responsible for breaking ground on a prison in Gotham that saw the extinction of a plant. This was an affront to Pamela, who took it upon herself to avenge Mother Nature.

Now Batman must find the antidote before it’s too late, but he’ll have to break into Ivy’s lair a massive green house and confront Ivy and her plethora of dangerous plants, including an overgrown Venus flytrap.

There’s some great stuff in this episode, as Harvey’s character is developed before the fall we know is coming, as well as a fun sequence where Harvey and Pam are discussing Bruce and their remarks are intercut with Batman’s pursuit of some escaped thieves.

The series was amazing from the get-go and still entertains… 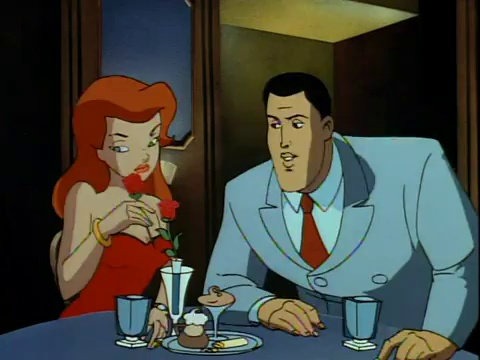