I love when this time of year rolls around, because every February, Cineplex puts on their Great Digital Film Festival which tends to showcase some wonderful films from my childhood projected on the big screen in wonderful digital clarity, often mixed with some newer popular titles.

This year is no different, running from February 5 to February 11 Cineplex is packing in some amazing titles (honestly there’s at least one or two I want to see every day). So Scotiabank Theatre in Toronto had best keep a seat warm for me.

Now I know what you’re thinking, Tim, why are you going to see an old movie on the big screen, I mean you own it on Blu-Ray you can watch it anytime you like.

Sure, I’d say, but there is something about the communal experience of seeing a film you love on the big screen, and sharing that love with fellow cinephiles. It’s always of great interest of me how many people are seeing a beloved movie for the umpteenth time, and then mixed in with them are people who are about to experience something amazing for the first time, and they are seeing it in the best way possible: on the big screen with a passionate audience.

This is such a fun film festival!

And this year is no different, they’ve got a pretty damned fine line-up, and I’ve already resigned myself to spotty sleep that week. Check out this breakdown…

Saturday looks like a helluva day, and may actually find me there ALL DAY…. and Who am I gonna call? Ghostbusters (dir. Ivan Reitman, 1984) at 12:45. Then starting at 3pm it’s a Russell/Carpenter double feature with Big Trouble in Little China (dir. John Carpenter, 1986) and The Thing (dir. John Carpenter, 1982) at 5:10. Then it’s off to post apocalyptic Australia with Mad Max: The Road Warrior (dir. George Miller, 1981) at 7:30, and what better way to follow that one up than with Mad Max: Fury Road (dir. George Miller, 2015).

Sunday has another great line-up, starting at 12:50 with a Henson-created double feature, The Dark Crystal (dir. Jim Henson & Frank Oz, 1982) and the film that introduced me to David Bowie, and gave me my crush on Jennifer Connelly, Labyrinth (dir. Jim Henson, 1986) at 2:50pm. Then if you missed them the first time around, or just want to see them again, Serenity screens at 5pm, and Star Trek II at 7:30, this one is followed up with the new (not as good, sorry, but true) version of it, Star Trek: Into Darkness (dir. J.J. Abrams, 2013). 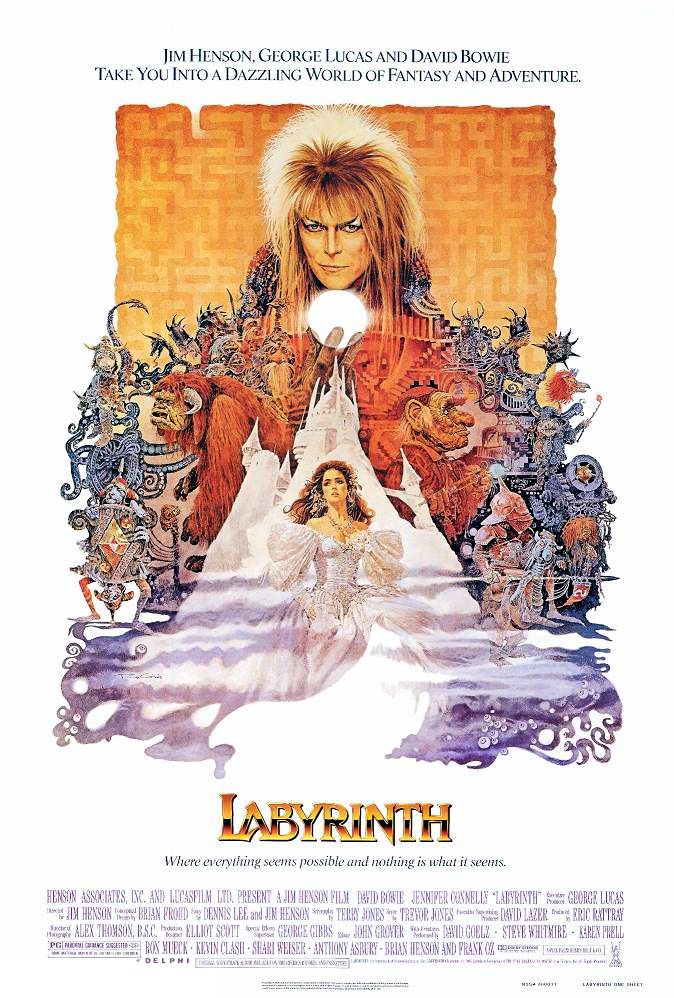 Monday we get some grit, violence and vampires starting at 1pm with From Dusk ‘Till Dawn (dir. Robert Rodriguez, 1996). At 3:15 we get the Tarantino-scripted True Romance (dir. Tony Scott, 1993). Then at 5:45, it’s Mad Max: The Road Warrior (in case you couldn’t see the double feature on Saturday), followed by the Eastwood classic, Dirty Harry (dir. Don Siegel, 1971) at 7:45. To cap the evening off, there’s Runaway Train (dir. Andrey Konchalovskiy, 1985) starring Jon Voigt and Eric Roberts.

And the encore presentations that close out the last day of the festival… Runaway Train at 12:25, Dirty Harry at 2:45, Star Trek: Into Darkness at 5pm, True Romance at 7:35 and From Dusk Till Dawn at 9:55.

To make things really interesting, Sue and I have 5 double passes to the screening of your choice for YOU to win!! So make sure you like our Facebook page, and follow us on Twitter, because we’ll be giving them away MONDAY!!

So we’ll see you there!