Thomas (Tom Selleck) has an eerie encounter in the first episode this week. Rapture was written by Bruce Cervi and originally aired on 12 December, 1985.

While SCUBA diving with T.C. (Roger E. Mosley), Magnum catches sight of the impossible. 80 feet down, he encounters a young boy, swimming without diving gear, and beckoning Thomas to join him. Unsure of what he has seen, or if he as even seen it, Thomas feels driven to discover who the young boy is.

He learns that the boy is in fact real, or in as much as a ghost can be real. He is Keli’i Parker (Kahale Ahina). He’s been dead for a number of years, a mysterious death, and he’s trying to reach out from beyond the grave to explain it all, especially to comfort his mother, Ilima (Haunani Minn), who upon hearing from Magnum, turns to drinking again, the only thing that got her through her son’s death.

It all ties in with a WWII plane, which Thomas trashes Robin Masters’ library to identify, much to Higgins’ (John Hillerman) dismay. And that clue leads Thomas to discover what really happened, and put Keli’i’s spirit to rest, and provide some much-needed comfort to Ilima, who can finally get her life back on track.

A fairly serious episode featuring some solid underwater photography, and for the first time in a long time, sees Thomas breaking the fourth wall, providing an enjoyable moment of levity.

It’s a nice episode, and handled well. It doesn’t point fingers at Ilima for hiding in a bottle (relief for some can only come from those dark corners), or that Thomas is just seeing things, it handles all of it just right. 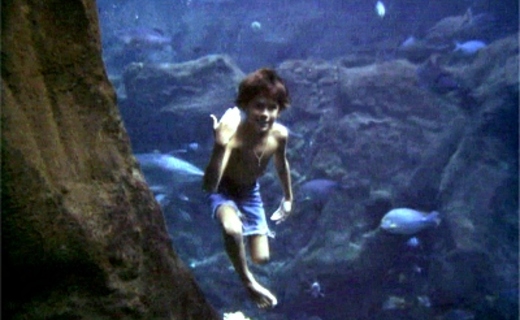 They lighten up a bit with I Never Wanted To Go To France, Anyway. This one aired 2 January, 1986 and was written by Reuben Leder, who, with all his work on the series, has a pretty firm handle on the characters.

An old friend of Higgins’ Inky (Clive Revill) has brought his circus, The Inky Gilbert Traveling Carnival to Hawaii. Things seem to be going well for the troop, until a young trapeze artist, Robin Guthrie (Karen Price) is murdered!

Thomas decides to go undercover as a roustabout to figure out what is going on, he’s joined by Rick (Larry Manetti), who, it’s revealed ran away twice as a child/teen to join the circus. Higgins gets in on the act as well, disguising himself as a clown to help his friend out.

Somehow in the midst of it, is Gus Zimmer (Geoffrey Lewis) who know works as the show’s geek, hides himself behind a hockey mask, and works in the Tower of Terror.

Even as the carnival falls apart and a number of acts leave or threaten to, Thomas, Rick and Higgins help out where they can while continuing their investigation, even when it leads to one of them getting seriously hurt!

A fun episode, and it’s always fun to see the way Thomas and his friends pal around, or give one another grief, but always draw together when they need to. Love it!

Until next time, Aloha! 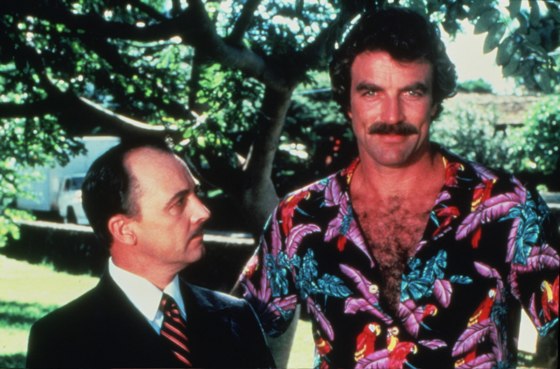