Welcome to Season 17 of Doctor Who! Terry Nation kicks things off with his four-part story that ran from 1 September to 22 September, 1979. Lalla Ward joins the Doctor (Baker) in the TARDIS this season, as the regenerated Romana.

This leads to an interesting question, as she tries on a number of different appearances, now is that residual regeneration energy she is using, or is she simply squandering her lives? The Doctor even questions her on why she chooses the face of Princess Astra, but we know that the Doctor begins doing that as well, taking on a face that has already appeared in the series…

Their travels bring them back to Skaro, where it seems the Daleks are up to no good once again. Using a slave race to dig, they are excavating portions of Skaro in search of their creator, Davros (David Gooderson). Their reason is that they, machines themselves, are at war with another mechanical species, the Movellans (but what’s with their hair?), and they seem to have reached a bit of a stalemate with victory eluding both sides.

The Daleks feel that if they can revive Davros, he will be able to give them an edge, by using his intuition. The Movellans approach the Doctor about the same possibility for them.

The Doctor, despite his extreme dislike for Daleks (something that will only get worse, as we well know), isn’t quite willing to doom either race to complete destruction, and confronts Davros, tricking him into activating his own plan too early, and the Movellans end up being deactivated.

Davros, himself, gets turned over to the now freed slaves, who promise to take him to Earth to face a trial and justice (I wonder if we get to see this?).

This one was good, but isn’t my favorite Dalek story to date, though I do like when Davros is on the scene, and any interaction he has with the Doctor is always pretty sharp. Still, there wasn’t as much of a threat from either side of the war as there could have been, though I do like the revelation that their warring computers are stuck in a seemingly inescapable stalemate.

The Doctor and the regenerated Romana make a great traveling couple (obviously it worked off-screen as well, seeing as they got married), and their banter is one of the highlights of the episode.

This is the first story, since his introduction that K9 doesn’t make an appearance, and you’d have to wonder how the electronic dog would react to the Daleks, let alone the Cybermen and if they would/could convert him into an ally for their efforts.

That being said, this was a fairly enjoyable story, though my favorite Tom Baker Doctor Who story is next, and it’s always fun to see the Daleks come back, though I think they are more terrifying now, than they ever were back then… They definitely seem more heartless now, thoughts?

Next week, the Doctor and Romana travel to Paris for City of Death! 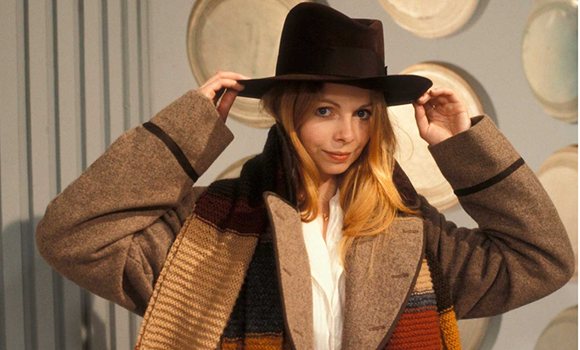