TIFF tends to be filled with hidden gems, each one tucked away and made all the more pleasing when you find it. So let Sue and I give you a little nudge in the right direction… Portal To Hell!!! is part of the Short Cuts Programme 4 and is nothing short of pure gold. Running at a too short 11 minutes, though each minute is perfectly filled, Portal to Hell!!! is a horror comedy that is sure to delight film lovers, and is, for me, the perfect way to send off legend, Roddy Piper.

Now a lot of people will remember Piper as a wrestler. I was never a wrestling fan. For me, Piper will always be Nada in John Carpenter’s They Live, and as such, Portal to Hell!!! hit a perfect note for me, and was the perfect way for me to say goodbye to the Canadian legend.

Piper plays Jack, a hard put upon building super who wants nothing more to sit down, and work on his reading skills, but seems to be called away on an endless run of repair and maintenance jobs for the variety of people and families who reside in his building. He gets by, struggling to keep himself and the building stable, until one night, the power goes out, and he stumbles across two men, Matheson (Donald Tripe) and King (Clyde Whitham), no doubt named for the famed writers, who have conjured up a doorway in the building’s basement to Lovecraft’s Old Ones, and it looks like Piper has to save the world one last time.

The short knows where the line is in this horror-comedy, and walks it perfectly, melding laughs, gores, shocks, and priceless character moments into one wonderfully crafted film. 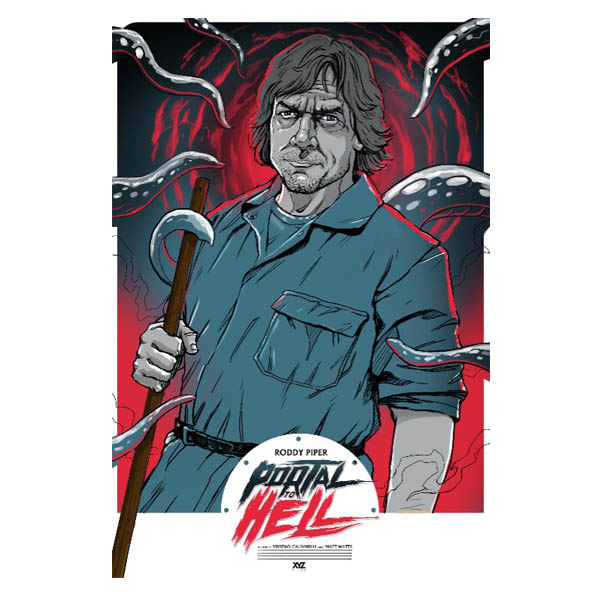 Sue and I had a quick chat with director Vivieno Caldinelli, and writer, and co-star Matt Watts, who revealed that the short is meant to be the launching point for a feature, and that their time working with Piper was incredibly special, and the man was nothing but a friendly, and consummate professional. And while the film has a bittersweet feeling for them now that Piper has passed, they both feel, and rightly so, that not only would Piper be proud of it, he would have loved all the gags and the beats of the short.

And while, for the moment, you can only see this short playing at festivals, keep your ear to the ground, or more importantly, follow them on Facebook here so that you can track down a screening in your part of the world.

Believe me, it’s worth it. Both Matt and Viv love the genre, and horror-comedies in general, so they knew what they were doing when they set out to make this film, and it shows. Not only does it look amazing, but it’s filled with a love of the genre.

If you’re attending TIFF, check this one out! It’s brilliant, fun, and a perfectly enjoyable concoction of horror and comedy. It screens today at Scotiabank at 10pm, and on Friday the 18th at 6. Buy your tickets here. 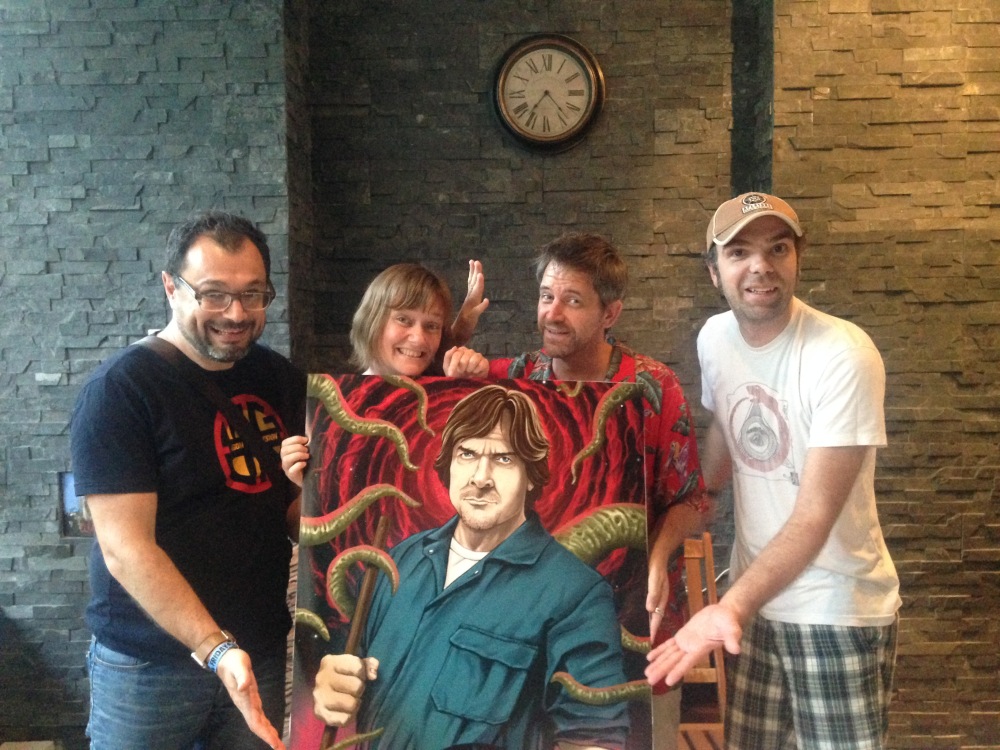