It’s back to Hawaii for more fun with Thomas (Tom Selleck) and the gang!

First up is The Case of the Red Faced Thespian, written by Robert Hamilton. This episode first aired on 19 January, 1984.

When Higgins (John Hillerman) takes a croquet ball to the skull while he’s trying to bomb out a mongoose, he suffers a concussion, and leaves Tom, Rick (Larry Manetti) and T.C. (Roger E, Mosley) to see over a Great Gastby themed weekend at the estate for a number of Robin Masters’ friends.

Amongst them are two familiar faces, Ronald Lacey, who played Toht in Raiders of the Lost Ark plays Archer Hayes, and Laurette Spang from the original Battlestar Galactica is Marge Atherton.

Rick does his best to keep an eye on Lady Cynthia Stout (June Chadwick), but when she ends up dead, her jewels missing, and a heavy chunk of the Atherton’s on hand cash stolen, Higgins, who is wandering the estate believing himself to be a famed tragedian of the 20s,  finds himself the prime suspect, with Rick a close second.

Magnum, dressed as Dashiell Hammett goes to work on solving the case, keeping Tanaka (Kwan Hi Lim) at bay long enough to solve it himself.

Magnum plays up the event as much as he can, truly enjoying himself, after having gotten 5 out of 6 of the Agatha Christie movie mysteries solved the night before, he takes a number of cues from the Dame of Mystery, and calls all the suspects together for the big reveal.

This one was a lot of fun!

No More Mr. Nice Guy was penned by Nick Thiel from a story by Rob Gilmer and aired 26 January, 1984.

Magnum is all set to fly to the mainland for the Army/Navy game, and the reunion of his own Navy team. But Carol (Kathleen Lloyd) is having a tough time, it seems she’s been fired from her position as Assistant Prosecutor for digging into the case of a drug distributor named Clinton.

She cons Magnum into helping her, making him, unwillingly, push off his trip for a day, then two… to help her track down Clinton, and get the information she needs to get her job back, and bring an unbeatable case against him.

As she and Magnum are chased, and assaulted, they both begin to think they are in over their heads, and it gets worse for Thomas and the boys, when they all end up in jail with various charges being laid against them.

When they are released, Carol admits that she was conning them, and hasn’t lost her job, but does need their help if she’s going to bring a case against Clinton. Magnum, and the others are furious, and refuse to listen to her, let alone help her but when she gets grabbed by the baddies, it’s up to Thomas to track her down and save her before its way too late.

The episode ends delightfully with Thomas about to watch the game, and Higgins showing up with some news… 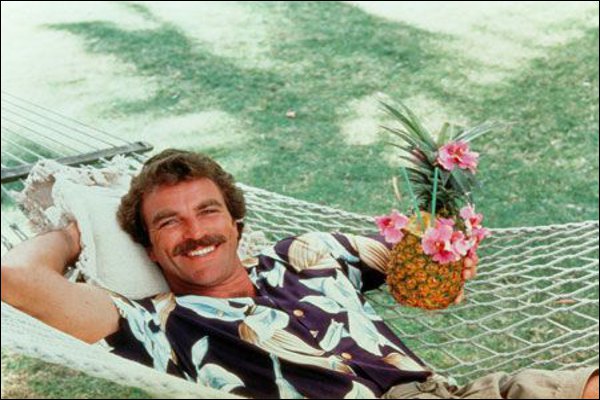