If this beloved series was getting shakey before, we can see now that the show is starting to fall into real trouble.

First up is Space Ranger, a story hinged on all manner of coincidence and bad writing from Rudolph Borchert (though it may not be his fault entirely as the studio was seriously messing with the series by this point). This episode aired 27 January, 1983.

Space Ranger is a call sign used by someone who has tapped into a Russian satellite and is currently feeding the info to the CIA, though they refuse to act on it. The KGB are hot to get their hands on whoever Space Ranger is and, surprise he’s Ralph’s (William Katt) new student, Allen (Douglas Warhit).

There is some interesting casting go on in this episode, Joe Santos (from the Rockford Files), shows up as the CIA agent dealing with Allen, and then there’s Ralph’s class. It is virtually unrecognizable but for Paco (Don Cervantes) with a number of unusual kids in the class, all of whom want to use Allen’s radio telescope to win the science fair and go to Hawaii (I don’t see the connection, and it’s never really explained).

Allen teams up with Ralph, Pam (Connie Sellecca) and Bill (Robert Culp) which leads to an all out shootout between the FBI, the CIA and the KGB at the science fair, and Allen is grabbed by the Russians, with the plan to take him to Moscow… unless Ralph saves the day…

Thirty Seconds Over Little Tokyo is next. This one was penned by Danny Lee Cole and J. Duncan Ray, with an original air date of 3 February, 1983.

Familiar name and face, Mako, stars as the Master of Flowers, the head of a gang of ninja, who sends his men after Isoroku (Lloyd Kino), who just happens to be a waiter at a Japanese restaurant that Ralph, Pam and Bill find themselves at.

After Ralph saves the man, Isoroku stays close to Ralph and Pam, tending the garden, cleaning, organizing, all to work off the perceived debt he has since Ralph saved his life. This complicates things for Ralph and Pam, as Pam can’t find anything, and Ralph has too much on his mind with his approaching tenure meeting.

A meeting that is interrupted by Bill as he continues to try to figure out what is going on between Isoroku and the Master of Flowers. When a second attempt sees Isoroku grabbed by the ninja it’s up to Ralph and Bill to save the man once and for all.

It’s always fun to see Mako, he’s an actor I never tire of seeing on screen, and he is joined by Soon-Tek Oh, not to mention both Paco and Cyler (Jesse D. Goins) show up in the episode as well.

That being said, despite the cast in the latter episode, neither one of them were sterling examples of the series, and it’s sad to see how much the studio messed with what could have continued to be a fun, and entertaining show. 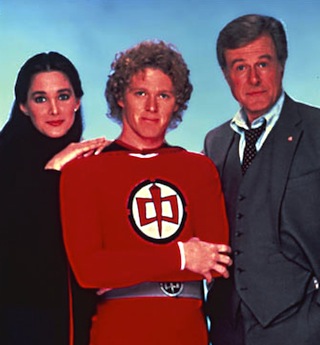