It’s more high-flying fun with this week’s installment of The Greatest American Hero. First up we have Captain Bellybuster and the Speed Factory. This episode was penned by Cannell and Frank Lupo and aired 7 April, 1982.

Ralph (William Katt) almost gets exposed in a national paper when he and Bill (Robert Culp) team up with a superhero character from a hamburger chain, Captain Bellybuster or Mickey (Chuck McMann), who contacts the FBI with a tip about a drug ring transporting their product in Hamburger Heaven trucks.

Ralp is snapped in flight by a photo-journalist, and when Bill’s name is mentioned as well, Carlisle (William Bogert) dresses him down, and demands to know what is going on.

Trouble springs up on all sides, as Bellybuster is first grabbed by the dealers, who plan on getting rid of him, but Ralph, Bill and Pam (Connie Sellecca) are in quick pursuit, and the story races to its conclusion, as we wonder… can our heroes stop the dealers? Is Mickey in danger of losing his beloved career? Will Bill be able to explain all this to Carlisle and still come out on top? and will Ralph be able to get clear of the press?

This one ended up being a lot of fun, the idea that Mickey took wearing his uniform as a privilege where Ralph occasionally sees his own as an embarrassment (a feeling Katt shared. Apparently he wasn’t a fun of it), was nicely played, and I think made Ralph more respectful of his own suit. 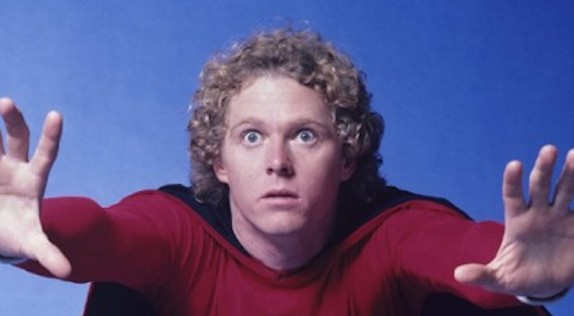 Who’s Woo in America was penned by Patrick Hasburgh, and aired on 14 April, 1982.

Things get a little wacky in Ralph’s personal life when his mother, Paula (Barbara Hale) shows up in town, recently from Hawaii, where she met a new man, Phillip Kaballa (Tom Hallick), a younger man, and a man who Ralph certainly doesn’t approve of when she reveals that they are engaged.

But there is something more going on here.

It seems a Dr. Woo was murdered in Hawaii, while both Paula and Phillip were there, and a micro-chip he was to have on hand is missing.

Now in L.A. people are looking for Phillip, mistaking Ralph for his potential step-father, and Phillip is keeping all manner of secrets, and may not be all he seems to be.

There is also some wonderful stuff featuring Bill and Ralph, concerning Ralph’s mom that ends the episode in a hilarious way, and one of those things that would have been funny to follow-up on somewhere down the line, but with the episodic nature of television of the 80s, that will probably be something not run down again.

There’s more fun next week as we finish season 2 and start the 3rd and final season.

Believe it or not! 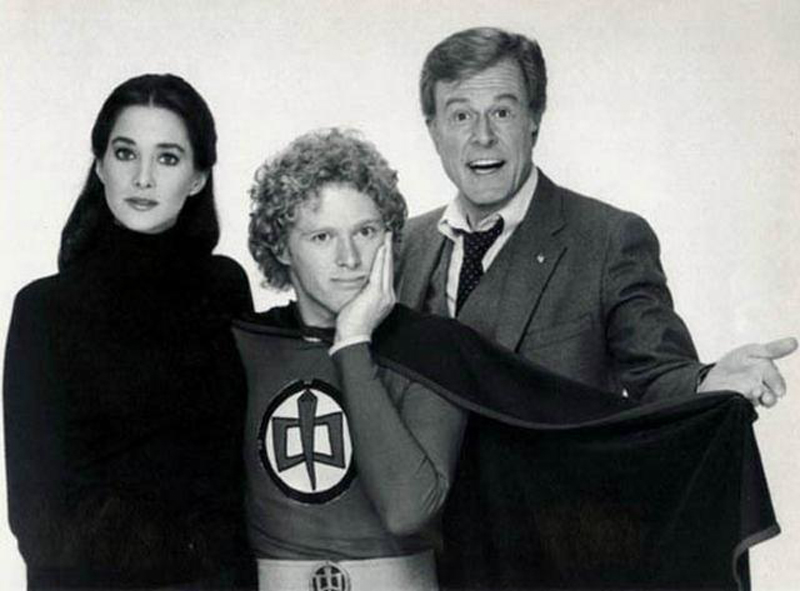