The next title up for review in the Great Movies – 100 Years of Film book, as we return to the action section was the delightful, and previously reviewed, Adventures of Robin Hood, amongst its recommendations however, was this delightful jewel I had never seen. Ronald Colman takes on double duty as Major Rudolph Rassendyll and the titular prisoner, also, conveniently named Rudolph,  while Douglas Fairbanks Jr. does a fantastically villainous turn as Rupert of Hentzau. To this mix, add David Niven as Fitz, Mary Astor as Antoinette and Madeline Carroll as a lovely, but duty-bound Princess Flavia and you’ve got yourself a fun adventure!

Based on the novel by Anthony Hope, the film follows Rudolph upon his arrival on a holiday, only to have the locals react aghast at his resemblance to the man about to be proclaimed king in an upcoming coronation. Conveniently enough, the two men bump into one another while Rudolph is fishing. Recognizing their shared ancestry (distant cousins), they repair to the royal lodge for a night of laughter and drinking before the coronation.

Unfortunately, the last bottle is drugged by the would-be King’s nefarious brother, Michael (Raymond Massey), which will leave him incapacitated and miss the ceremony. Fritz and Colonel Zapt (C. Aubrey Smith) persuade Rudolph to stand in for him… after all it’s only for the day…

When Rudolph assumes the throne, and makes nice with the lovely Princess Flavia, Micheal is infuriated and sends Rupert to follow-up on what happened at the lodge. The cad promptly kidnaps the true king, and so begins a cat and mouse power struggle between Rupert and his allies, and Michael and Rupert. 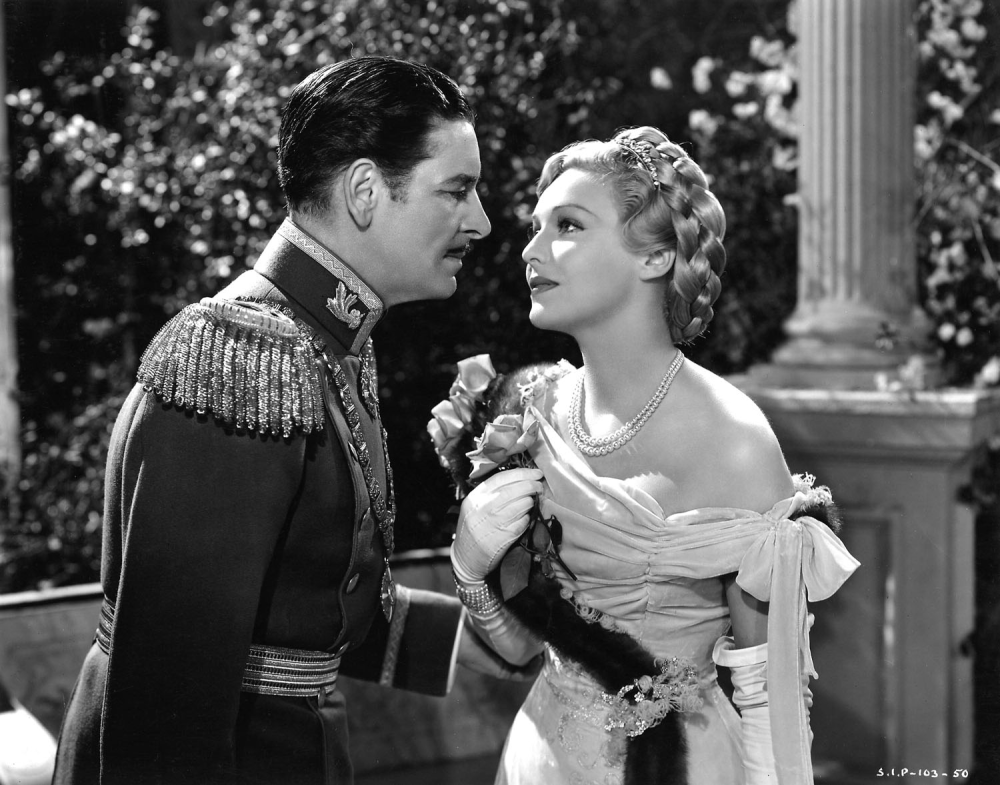 A wonderful love story grows between Flavia and Rupert, brilliantly highlighted at the ball that is held, though both Zapt and Fritz remind him of his true role in things.

Michael, in the interim has hit upon the idea of killing Rudolph thereby removing the possibility of the true king ever assuming the throne if everyone already sees him die. Rupert is sent to negotiate and reveals he’s willing to play for any side that offers him the best deal.

In a final gambit, Rudolph plans to storm Michael’s castle, rescue the king and restore him to his throne… But there’s a final showdown, a great duel, between Rudolph and Rupert first.

This one, another film I’d never heard of, was so much fun! It’s filled with snappy dialogue, a great love story that ends exactly as it should, and tons of brilliant moments. And as a side note, the split screen work when both King and his double appear are pretty seamless, and look great given that it was shot in 1937!

I got right into this one, laughing and cheering along with our heroes, and loved the dastardly turn Fairbanks played, I loved it!

Check this one out if you haven’t seen it before! 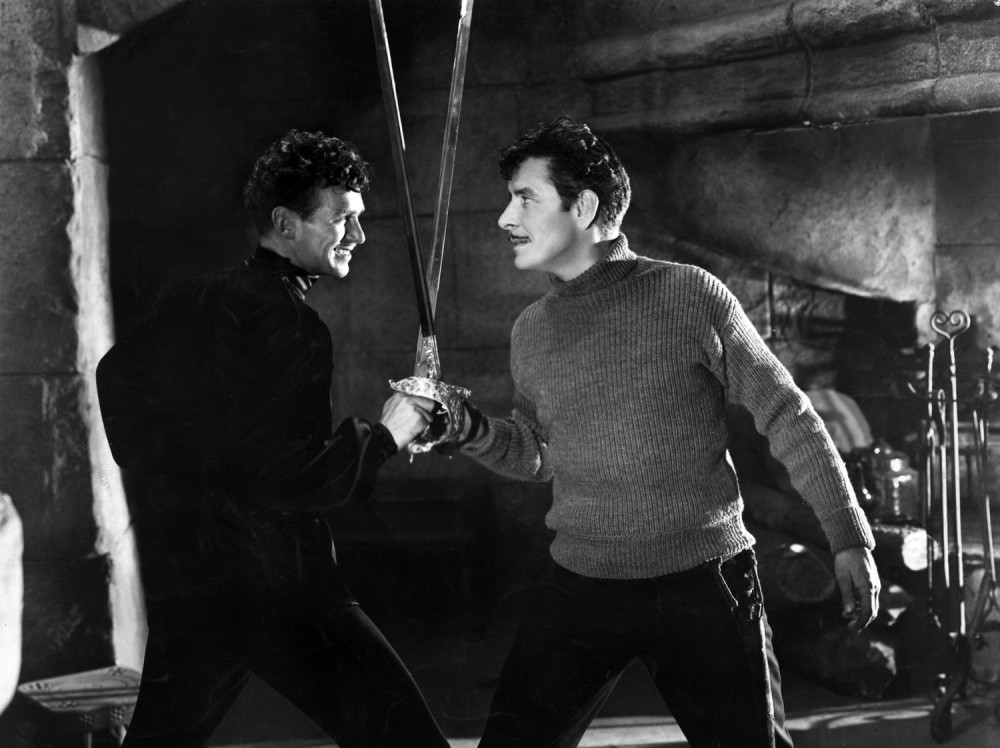