The Master (Roger Delgado) stirs up more trouble this week for the Doctor (Pertwee), Jo (Katy Manning) and UNIT, when he arrives with a biological UFO whose inhabitants have designs on the planet Earth and whose power the Master wants to use to repair and steal the Doctor’s TARDIS.

This four part story was written by Bob Baker and Dave Martin, which ran from 13 March to 3 April, 1971.

The Axonites claim to come in peace and offer an energy source to the Earth, specifically the UK, where they land, and governmental greed keeps them from sharing it initially. An action that may have saved the Earth as it slowed the assault and let the Doctor take on the alien threat. Of course, the Master is initially working with the Axonites and then when he gets the chance, jumps ship.

I like the constantly shifting forms of the Axonites, the big-eyed humanoids, the tentacled bipeds, and the all seeing tentacle eye in the ship. It’s some cool designs.

The Doctor is willing to make an alliance with the Master – they can both escape Earth together if the Master will repair the TARDIS, something the Doctor can’t do with the block the Time Lords have put in his mind. It’s a bit of a ploy, one that even Jo and the Brigadier (Nicholas Courtney) believe, but it’s all part of a plan the Doctor executes to stop the Axonite invasion.

Even repaired though, the Time Lords have ensured that the TARDIS can’t leave Earth’s space-time. 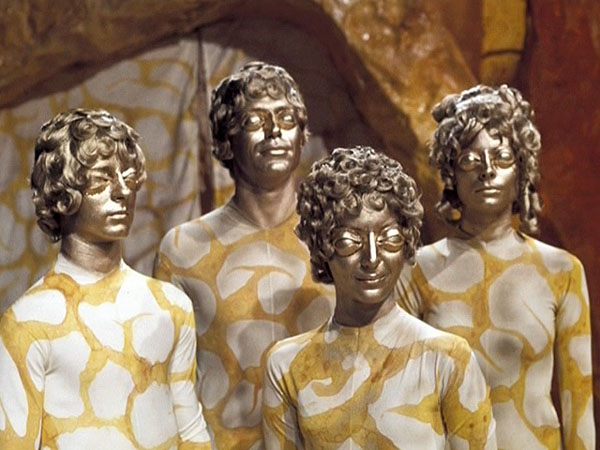 I do like these four-part stories, sometimes the longer ones tend to get drawn out, and aren’t as rapid-fires as these ones need to be. Although, I am starting to hope for an escape from Earth soon, the Doctor must be getting so frustrated being stuck here.

Jo isn’t given very much to do this time around, and I would have like a little more with the Brigadier as well, but I will always delight in the banter the Doctor exchanges with the Master. So much fun.

And regarding the Axonites, not only were they cool in their shape-shifting design, but their craft was pretty nicely designed as well, as it was supposed to be biological in nature; their entire technology is created that way.

There are other plot points that I quite enjoyed, the fact that the government can be relied on not to want to share their toys or their discoveries with the rest of the world. Sure, it actually helps save the day this time, but I love the fact that those in power are so jaded and greedy.

But through it all, the most engaging part of the show continues to be Pertwee’s performance as the Doctor. He even gets to do a little Venusian karate again!

Next time our hero takes on the Colony in Space… hmm wonder if the Master will be around for that one? 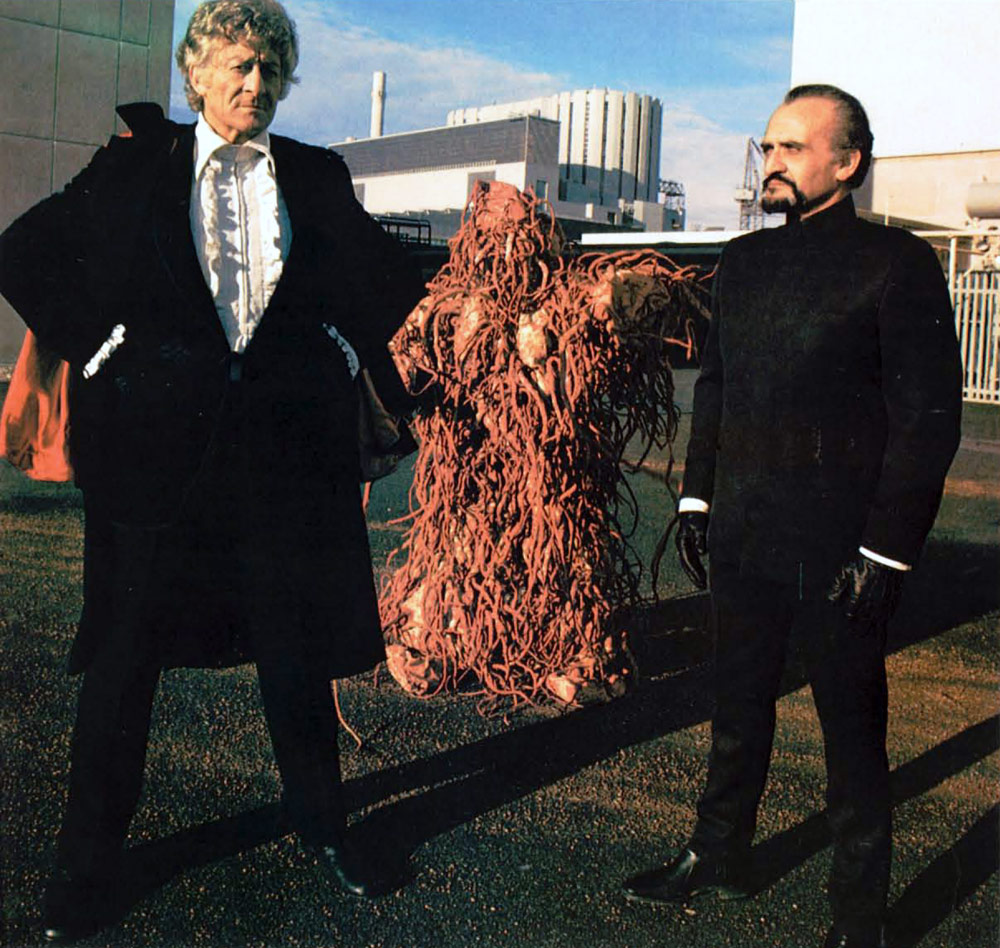