It’s that time of year! Geekery abounds, the stars show up, costumes come out and there is a lot of fun to be had.

Sprawling across both buildings of the Metro Toronto Convention Center, Fan Expo has grown and this is a big year, as many previous and beloved guests are coming back for more! Sue and I are always excited to see what’s on display and what’s being promoted, and the wonderful think about Fan Expo is that there is always something cool to see.

Starting yesterday, Thursday, and running through until Sunday, it’s four days of awesomeness where fandoms meet, mesh and collide. 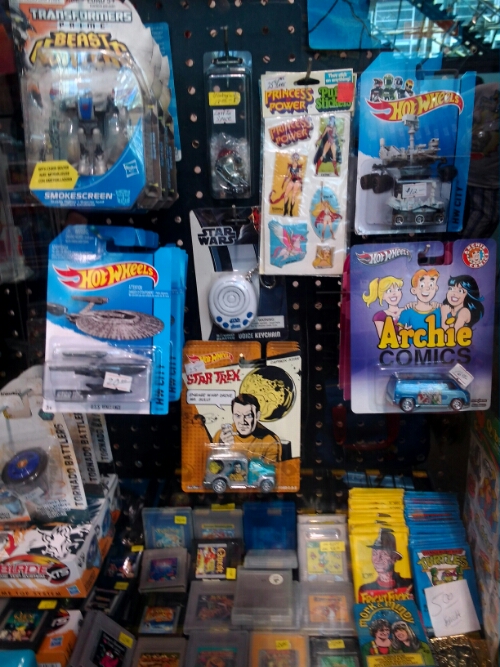 Grabbing our press passes we entered and were immediately surrounded by a plethora of activity, a colorful barrage of signage and posters, and collectibles, fans, exhibitors and folks of all walks of life. And we did one of the things I love most, especially before the crowds become too in comfortable for me. We wandered.

We also saw some familiar faces, Adam Lopez, festival director of our much beloved Toronto After Dark film festival was delighted to see us, and gave us a rundown on the first wave of titles they’ll be featuring this year. I’m already excited!!

Our friends at IndieCan and Anchor Bay have a slew of titles they are promoting, all of them tying in nicely with the expected crowds this weekend. Dotted amongst the booths are other video tables and titles, all manner of horror and sci-fi names. Some of them may be cringe worthy, but none of them seem uninteresting. 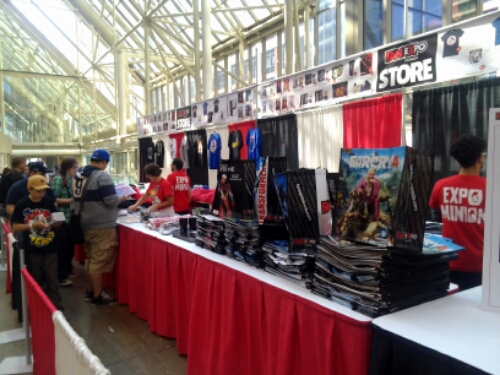 Running the length of the south wall of the North Building is Celebrity Alley, and there are so many names expected over the weekend, two of them really caught our attention… casts from Twin Peaks and A Nightmare on Elm Street. We’re hoping to have a moment to chat with some of them, and will keep you in the loop. Also on hand are the 11th Doctor, Matt Smith, and his two companions, Amy (Karen Gillan) and Rory (Arthur Darvill). Edward James Olmos, Bill Shatner and Nathan Fillion are all back, so is Elijah Wood!

Karen has also brought some of her Guardians of the Galaxy cast mates with her, including The Walking Dead’s Michael Rooker, and Dave Bautista. 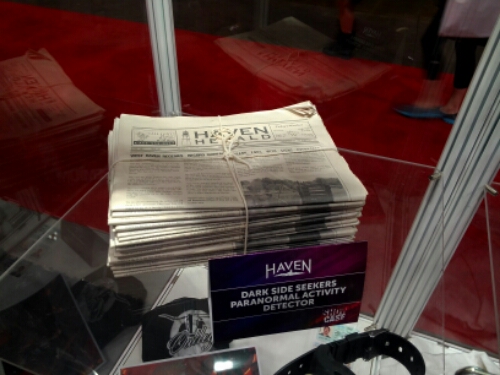 There are panels, screenings, parties…

But for now, Sue and I are prowling the rows, looking at collectibles, posters, tees, and art, so much art! Our friend Ghoulish Gary Pullin is at his booth surrounded by a fantastic display of his artwork. There is also some creepy art by Jean-Michel Cholette, there’s something beautiful and unnerving about his work.

There are displays of make-up and practical effects, including a familiar looking Orphan Black clone that has been through an autopsy. 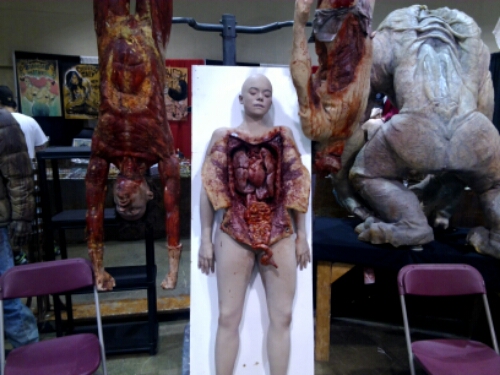 From there we take the walkway, slowly being filled by crowds, to the South Building to check out the market place – there are comics, artists, toys, and collectibles  for everyone. Set amongst them are large displays for PlayStation, Showcase where there is a Lawkeeper roller on display along with props from a number of their shows including Haven, Lost Girl and Outlander, we also looked to catch up with a couple of our friends but they weren’t on site yet. 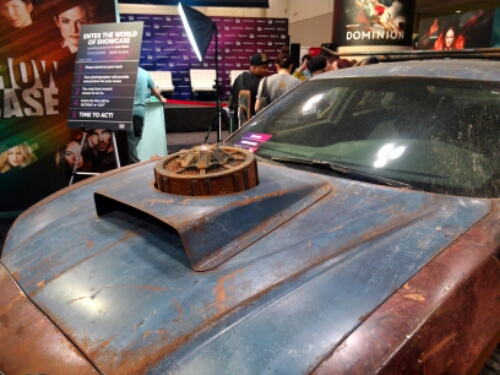 Space has a centrally located booth, and we pop in to say hi to our friends there, and Sue and I share a grin as we see the familiar Space couch that we made our own last year when we chatted with the cast from Bitten.

The Lego area has proven to be very popular over the years, and this year is no different as they feature a Rocket Raccoon and Groot, made entirely from those little plastic pieces. 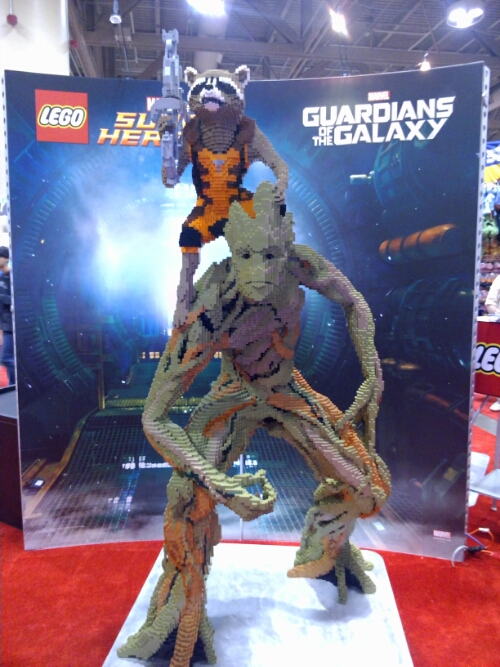 There is also a little thing called Star Wars… and while they aren’t promoting anything for Episode VII, they are talking up, in a big way, the new animated series, Star Wars: Rebels. I’m hoping it is as good as Clone Wars!

All in all, it looks like this year is going to be another banner one for the geeks of Toronto, and I can’t wait to see how it plays out for us.

How about you? What are you looking forward to seeing this weekend? If you see Sue or I, make sure you say hi! 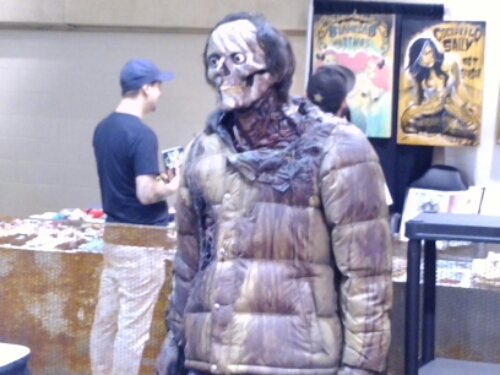