Hartnell’s swan song as the Doctor introduces another recurring menace to his universe, the Cybermen! Written by Kit Pedler and Gerry Davis, this four-part story aired from 8 October to 29 October 1966.

The Doctor with Polly (Anneke Wills) and Ben (Michael Craze) in tow, land the TARDIS in Antarctica in the year 1986. Their arrival puzzles the inhabitants of the Snowcap tracking station, who are watching the progress of the manned flight Zeus IV.

When IV seems to be lost, things get even odder, when another planet approaches Earth. It’s the planet Mondas, Earth’s twin.

And Mondas is inhabited! And they are about to make a landing on Earth… they are the Cybermen. Compared to how they look in later Doctor Who stories, these Cybermen tend to look a little goofy, but the story tends to make up for it, as the remote base is put under assault.

Partway through the story, the Doctor falls ill, leaving Polly and Ben to worry about them, while the work with the scientists and the military folk to try to find a way out of the invasion.

One of them decides a doomsday device may be the only way, the Z-Bomb. The Doctor, and his companions of course, disagree completely with this idea, and try to find another way. Others, however, fear that if they can’t launch the Z-Bomb against Mondas, then they’ll go with plan B, detonating it on Earth and destroying the planet, stopping the invasion, and all life with it. 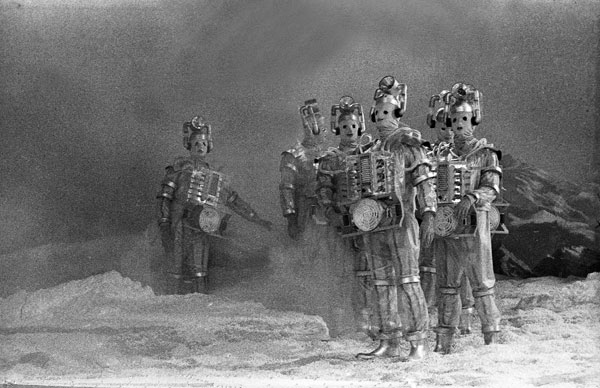 The Cybermen are connected with Mondas, which itself, is on the verge of destruction, which has caused the invasion of Earth, unfortunately, when Mondas goes, so do the Cybermen. Obviously, they didn’t have a Cyber-planner yet.

And while one would think that is the end of the Cybermen, they apparently proved to be such popular villains that they return again and again. I’ll be curious to see their next story, and how they explain their existence. We know how it’s done in the later seasons…

As the story ends, the Doctor slips into the TARDIS, Ben and Polly are still worrying about his health, and rightly so, because no sooner do they step inside, the Doctor collapses, and moments before the titles roll on the end of the episode, a change begins… His face begins to slowly change, and then, there it is, the first regeneration, and the Second Doctor has arrived, Patrick Troughton.

We’ll have to wait until next week though to see how his adventures turn out, when we join him for his first story, The Power of the Daleks!

He’s not wasting anytime then taking on the biggies, and it’s a 6 episode story… I can’t wait to see Troughton in action! 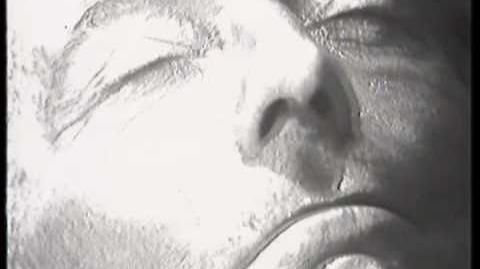