Opening today is this found footage film that falls into the could-have-been-great category. It manages to take a fairly exhausted genre and do something new with it, which is great, but the entire second half of the movie seems to be too long, and the film’s climax seems to take forever.

That’s saying something for a film that clocks in at 85 minutes.

Shot on digital, the film looks great, and there is some nice FX, makeup and wire work, but all that cannot work to save the dragging final act. Everything before that actually works pretty well.

Derek and Cliff (the directors/writers used their own names) are two best friends who have decided to go around the world, blogging and filming it as they go. I’m with them so far.

Derek hooks up with Audrey (Baya Rehaz) while in Paris, and Cliff decides to crash the evening, only to find a bloodied Derek unconscious in bed.

Shaking off the need to visit a hospital, which may show a progression on a possibly fatal illness he has, the two decide to continue their travels, moving on to Italy.

Once there, we learn that something has happened to Derek. This is the best part of the film, as the two friends discover that Derek has unparalleled strength, he can run and leap faster and further than a normal human. Unfortunately, he’s also not eating.

And that leads them to discover something truly frightening is going on.

The film works best when Cliff and Derek are together, there is a lot of humor, the effects are top-notch, and happily both of them (and their cameraman) seem to know how to handle everything they are shooting on, because the shakey cam is blissfully kept to a minimum.

When the two of them are no longer sharing screen time, the film actually drags, and while I liked what they were trying to do, I found myself becoming increasingly bored.

Together, both leads are likable, and watching them travelling together, and then trying to figure out what is going on, is really enjoyable. Not to mention that the scenery is fantastic.

The second half of the film does have some nice work in it, eluding Interpol, and some dizzying leaps all shot POV, are well executed, but it’s not enough to save it from a lack of tighter editing, and what feels like endless scenes of Derek yelling at the camera, as he is uploading all of it to the blog so that he can find Audrey, or she can find him, and explain everything that is going on.

I do like that they tried to breath new life into a seemingly exhausted niche of the horror genre, but without the glimpses of humor, scares and just sense of fun that populates the first half of the film, it just doesn’t work. The second half is almost like watching a completely separate film, and it just doesn’t have the same appeal as the first half.

While I wave the flag proudly that this is a Canadian co-pro, it wasn’t all I had hoped it would be… And even worse, almost all the good stuff is in the trailer… 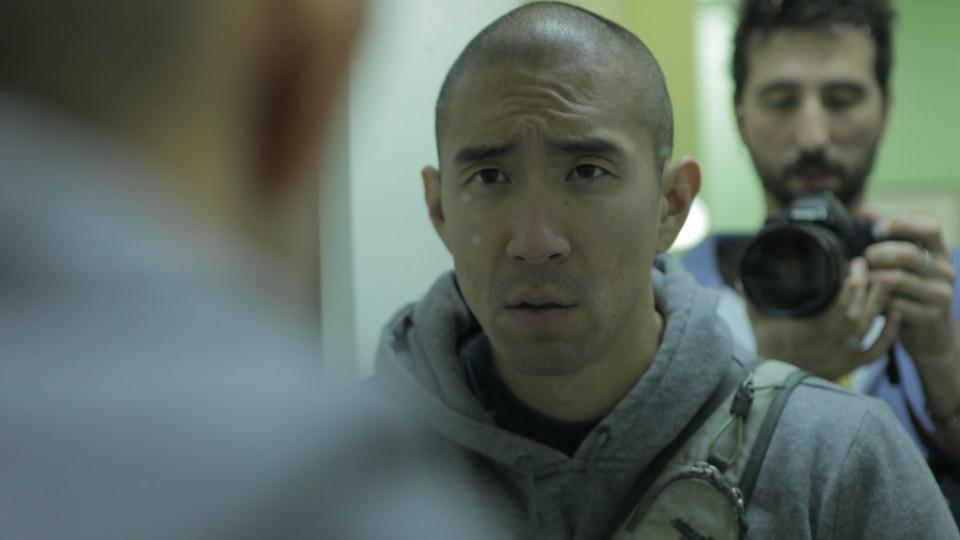