The Great Movies – 100 Years of Film book continues its recommendations following the viewing of Kind Hearts and Coronets with this Alec Guinness/Stanley Holloway robbery movie, and features a tiny, blink and you miss it appearance of a young Audrey Hepburn.

The director also shot Hue and Cry, and one of the other films coming up in the recommendations list, also working on this one as Director of Photography again was Douglas Slocombe!

Guinness plays Holland, a bank man who oversees the melting of gold into bricks, transiting them to the bank via armored truck and converted into cash. He’s done this job for 20 years, as he tells us from the lap of luxury in Rio de Janiero. 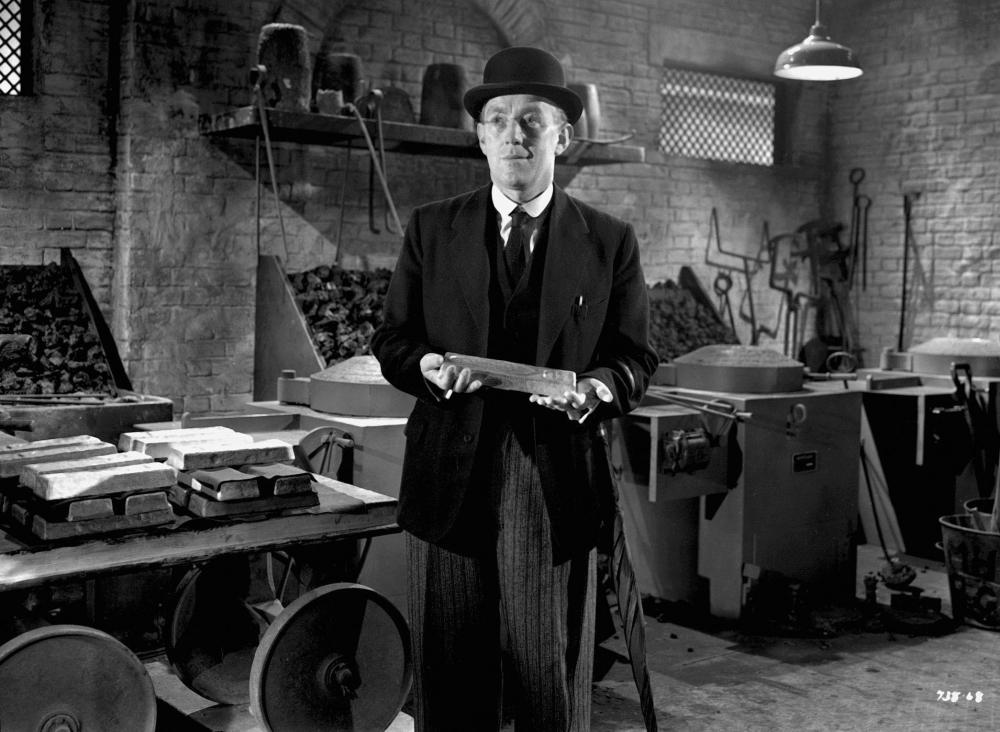 It isn’t until the arrival of an artist, Pendlebury (Holloway) that he begins to finally see a way at becoming the millionaire he always wanted to be. He organizes a robbery of his vehicle, with the plan to transport the gold to Pendelbury’s workplace where the gold will be melted down, and cast into Eiffel tower paper weights, which will then be shipped to Paris, and stored in a warehouse until they can be picked up at their leisure.

An almost foolproof plan, but of course, as things do, things go a little sideways.

Before Pendelbury gets a chance to help in the robbery, he almost gets picked up for, accidentally, shoplifting. Their hired thugs forget to mess up Holland so it looks like he resisted, so he has to do it himself, and ends up in the Thames, and then, once they start getting things sorted out, find that the tourist company in Paris is already selling their gold statues despite warned not to and the duo must chase down the six that have already been sold (to a small group of school girls)!

The film rockets along, and both Guinness and Holloway are very entertaining. I almost didn’t recognize Guinness at first, hiding behind glasses. 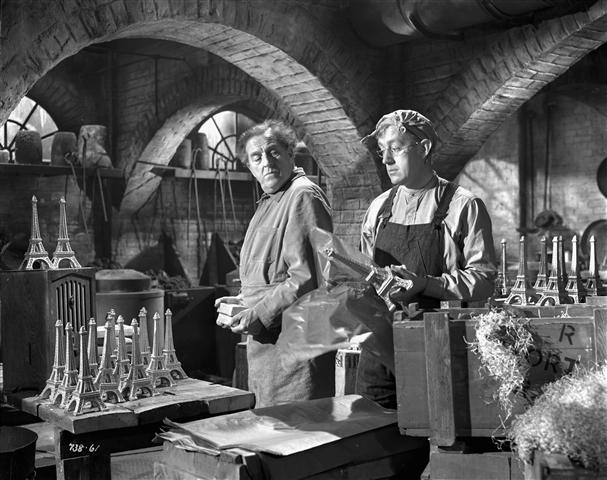 Little slip-ups keep piling up until it seems like there is no way that we can have Holland in Rio by the film’s end, until of course you get the last scene of the movie, and it all makes perfect sense.

Also, keep an eye out for another quick, blink and you miss it appearance of Desmond Llewelyn as a customs officer and Robert Shaw, who, uncredited, plays a police chemist on the exhibition grounds in the final third of the film.

I love the sense of discovery this book is giving me, introducing me to smaller films that I had never even heard of, and yet, still find more entertaining than a lot of the films being made today.

Have you seen this one? 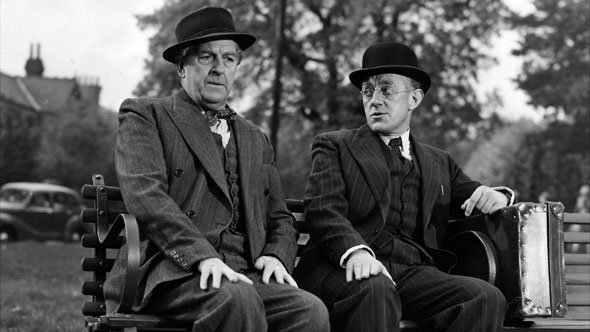