Now this is what I’m talking about!

Jonathan Frakes directs this week’s episode which comes in as my favorite of the series following the pilot.

This week’s episode, The Well, takes place during the clean-up following the events of Thor: The Dark World (which admittedly I still have to get out and see), so our team is in England, when word comes of a strange attack that they are asked to investigate, all while Simmons (Elizabeth Henstridge) is debating about talking to her mum and dad about her traumatic experience a couple of weeks ago.

It seems a group of angry gang, using Norse (Asgardian) mythology as their jumping off point, have discovered one part of a three-part staff, known as the Beserker Staff.  The pieces of the staff fire up your rage and strength by making you relive painful memories. 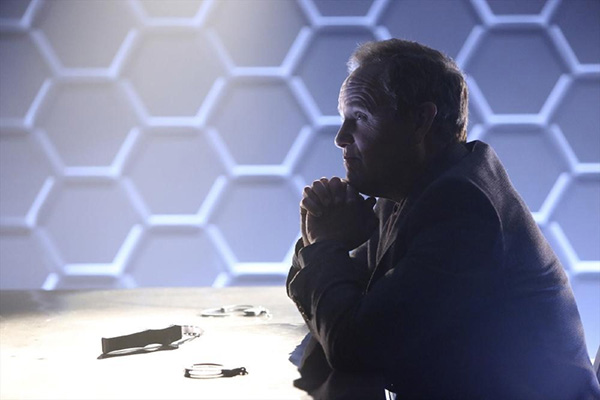 With these new enhanced abilities, the gang is rampaging, proclaiming their own godhood and becoming a bit of a threat.

To properly understand what is going on Coulson (Clark Gregg) leads the team to the foremost leading authority on Norse mythology, Professor Elliot Randolph (Peter MacNicol). Things get bizarre for Skye (Chloe Bennet) and the rest when they learn that Randolph is in fact Asgardian, but doesn’t know Thor (Chris Hemsworth) – who apparently according to Skye and Melinda(Ming-Na Wen) is dreamy.

Trouble sets in, when Ward (Brett Dalton) is exposed to the powers of the staff, forcing him to recall a painful memory that drives his rage, jeopardizing his place on the team, but also making them their best defense as they race across the globe to recover the final piece of the staff.

Finally Ward becomes a bit more than the group’s grumpy action guy, and we get a bit of a look at whet’s going on in his head. I also loved the final moments of the episode in the hotel with the open door… 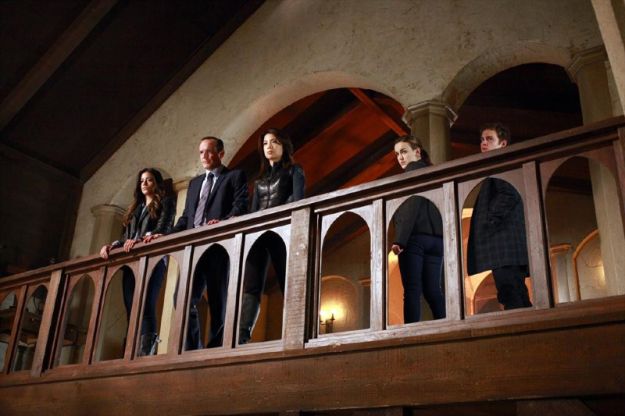 Course, the episode’s tag, with Coulson and Tahiti (It’s a magical place) hinted that we may get some resolution on that by season’s end, and I’m willing to bet it will not only shake up Coulson, but the rest of the cast as well.

My favorite character is quickly becoming Melinda, and I can’t wait to learn more about her. What painful memories she holds, that she says she sees everyday… something with Coulson perhaps?

I know they had to craft a few episodes and set things up before the good stuff came along, but at this point, we’re three-quarters of the way through the season, and this was the first episode that really got me going. Sigh. I wish the whole season could have been like this.

Still, if this is the level we’re looking at for the remainder of the season, then the remaining eps should be something pretty awesome. I do hope Joss comes back and writes a couple of eps as well. It was his name and the Marvel Universe that drew me in originally. So I would like to see more of the two together please!

What did you think of this week’s episode?